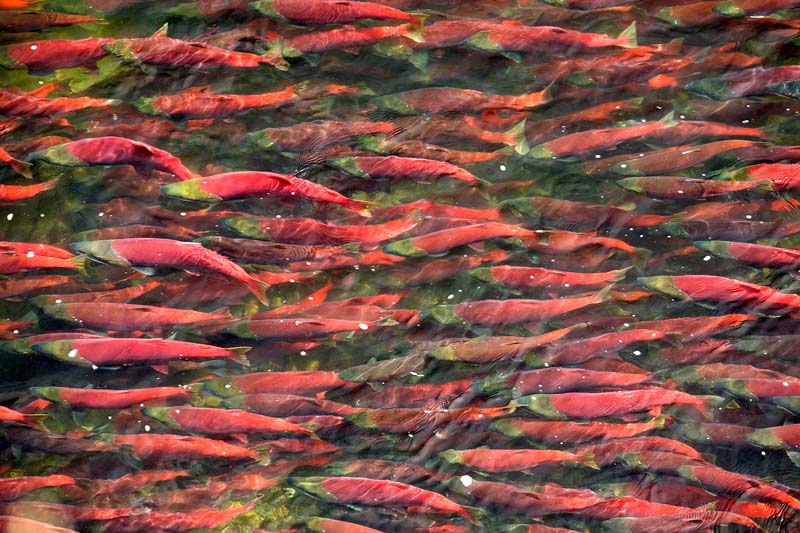 We, the majority, suffer the consequences of the environmentally ignorant minority 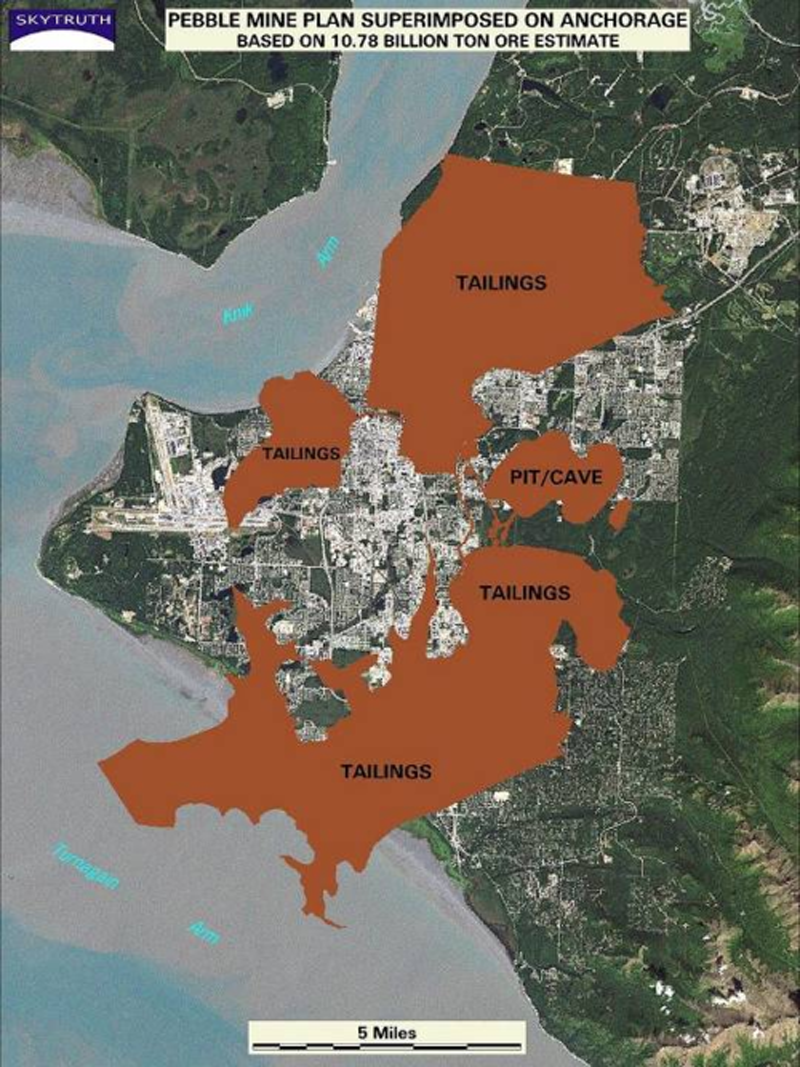 Pebble proposal, according to PLP-filed plans, overlaid on the Anchorage bowl. The Pebble deposit is a massive storehouse of gold, copper and molybdenum, located in the headwaters of the Kvichak and Nushagak Rivers, two of the eight major rivers that feed Bristol Bay. If built, Pebble would be one of the largest mines in the world. Because of its size, geochemistry and location, Pebble runs a high risk of polluting Bristol Bay, one of the world’s most productive wild salmon strongholds that supports a $1.5 billion commercial and sport fishery. Overlay by Save Bristol Bay.

As the Pebble Mine Nears a Decision, Questions Surround its Environmental Review

Documents unveiled by a Freedom of Information Act request show agencies’ behind-the-scenes critiques of the proposed Pebble Mine.

Just months away from deciding whether to permit construction of the proposed Pebble Mine, the US Army Corps of Engineers (USACE) is wrapping up its environmental review. In early April, USACE received the last round of feedback from a selection of federal, state, local, and tribal groups. Some of that feedback—recently acquired and released by the Bristol Bay Native Corporation (BBNC) using the Freedom of Information Act—is quite pointed.

Reviewing the released critiques, Dennis McLerran, who from 2010 to 2017 ran the US Environmental Protection Agency (EPA) office in the region that includes Alaska, says that stakeholder agencies think USACE is taking too narrow of a view of the Pebble Mine’s potential environmental impacts, and isn’t addressing fundamental issues with the project even at this late stage.

The Pebble Limited Partnership (PLP) plans to build an open-pit mine in a largely undeveloped stretch of southwest Alaska to extract a fraction of what may be the world’s biggest unexploited deposit of copper and gold. The proposed site for the mine lies under two rivers that drain into Bristol Bay, home to one of the world’s most productive wild salmon fisheries. That geography has contributed to a long and heated battle over the proposed mine, which has gained new momentum under the Trump administration.

While this study didn’t examine the Pebble Mine itself, the findings are reminiscent of critiques of the mine’s EIS. One consistent flaw of EISs, the study shows, is that most assume that mitigation measures will be effective, even without evidence or in the face of contrary evidence. According to the study, few EISs predict significant environmental damage or consider the ways damage can build up over time. For example, assessments of mining proposals frequently fail to consider the century-scale potential impacts that mines have on water quality.