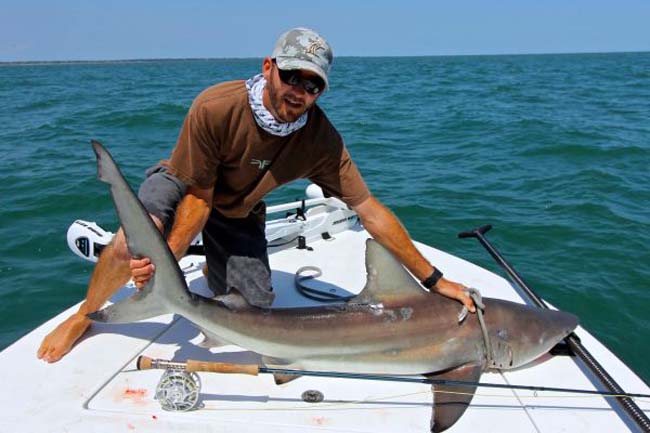 The fear of sharks is bred into man, an overwhelming phobia with many, hence they are killed as if a menace to mankind or worse, slaughtered for the nonsense of their fins having sex enhancing powers. The attention this shark is getting a testament to that fear. Photo by David De Maus, Port Chalmers, New Zealand in 1900 – from Alexander Turnbull Library, National Library of New Zealand. A commons image.

This is Part II of a 2 part story. Be sure to check out Part I

The Discovery Channel is deceiving scientists, the same experts who supply content. That can’t last

[dropcap]T[/dropcap]he Discovery Channel is believed to be credible, but it doesn’t always provide reliable information.

So, increasing public interest in sharks, which we could all agree is a good thing, is The Discovery Channel’s claimed mantra. However, its executives and editors pedal misinformation about sharks. Oddly, they didn’t even have to lie, everybody is afraid of sharks, and that’s the hook.

To purposely misinform people, especially children, when there’s so much factual, fascinating information out there about sharks – why sensationalize it to interest people who are already interested?

Discovery Channel interviews real scientists, knowledgeable about sharks, but purposely misleads them and then edits what was said to match content as they want it reported – dishonestly. Their shark program tactics are right out of the playbook of tabloid magazines.

This year, a Discovery documentary called Monster Hammerhead set out to explore a legendary hammerhead that has been patrolling Florida for 60 years. For starters, hammerheads live a maximum of 44 years. Second, according to io9, the Postdoc that featured in the program. Honest contributors were led to believe the program was about something else. Last year they played the same trick on Jonathan Davis who works for the Texas Parks and Wildlife Department studying bull sharks in the Gulf of Mexico for his Master’s research. Davis was led to believe that the producers were interested in his bull shark research, but he ended up in a documentary called Voodoo Shark which was about a mythical monster shark called “Rooken.”

Davis answered questions about unrelated things and the crew edited what he said to make it look like he was discussing and actively seeking the “voodoo shark.” Of course, editing is standard practice, but if you’re worried that real scientists won’t appear in the documentary because of its ridiculous nature, then maybe you should have a re-think.

Some of Discovery channel shark depictions are so fake they have made up non-existing institutions as their research sources and used professional actors as professors describing the shark as a “cunning” beast with an “insatiable appetite for human blood” – pure bullshit.

Great white sharks rarely attack humans and, contrary to popular belief, they don’t like the taste of human flesh. It is irresponsible to paint this image of great whites; they’re sophisticated apex predators, not mindless man-eaters, and it could once again damage this already fragile species. A century of fear turned deadly for sharks

My advice to viewers is to cast a jaundiced eye on each episode’s title and premise. Remember, TV show titles and preview teases are constructed to hook an audience.

And they do. Although many of today’s shark shows depict sharks in a more level-headed way than in the past, the networks can’t seem to put certain stereotypes to rest. But if you want to know more than whether sharks can outswim Michael Phelps, there are ways to watch smartly.”

You can read Burgess’ opinion in ‘Sharkathon 2017‘: How to watch it like a scientist and How Shark Week Screws Scientists.