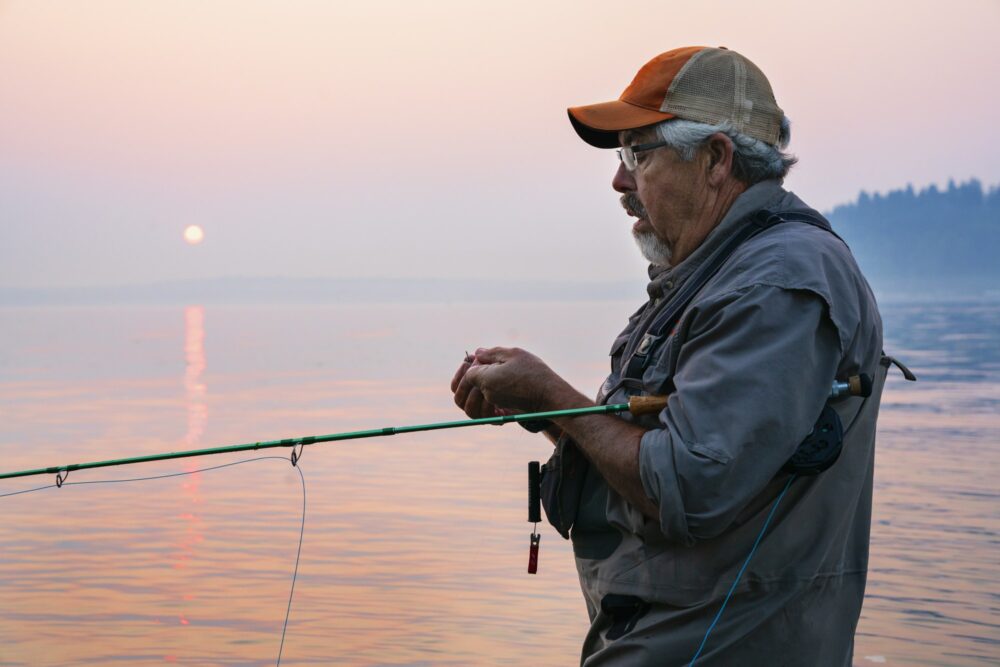 Knots: To have and to hold – until death do us part

Old eyes are cause for carefully tying knots.

Knots used for fly fishing are many, but guides and those with a collection of passports do not rely on a legal pad list of knots. They surely have a list of them, but they’ve all selected knots that work for them and have never failed under stress. Their list of knots is almost always short.

It is important to note that fly fishers concentrating on mountain stream trouts do not have knot worries as demanding as the big game flyfisher. Nonetheless, a knot must hold for trout fisher, poon angler, and marlin fly fisher.

One knot does not stand out as more important than another. If one knot failed, the whole rig failed

Knots that perform at the terminal end of your rig, the leader, are of particular concern because they pass, back and forth, through the guides. And are all equally vulnerable to the unwitnessed degradation of wear. Knots going in and out of guides with bulk are more likely to loosen, wear to failure than slim profile knots

According to Pro-Knot Fishing Knot Cards, there are twelve knots considered the ‘greatest’ fishing knots. The Perfection Loop [Anglers Loop] is one of those knots.

The Perfection Loop knot is used by pro fishing guides and experienced fly fishers worldwide. It has all the right characteristics of a failsafe loop knot for saltwater and freshwater.

• In mountain climbing circles, where a failed knot could mean death, it is preferred.

• It is the knot used in Bungee Cords

• The loop is easily adjusted to any size.