At The Vise: The Black Mamba comes from the UK and is ‘hated’

According to the fly’s inventor, the big three [above] and more are what gets attacked by the ‘hated’ Black Mamba Fly. The Mamba is swum subsurface and maneuvered as any streamer would be. Illustration by award-winning watercolorist Thom Glace. Top to bottom: Rainbow trout [Oncorhynchus mykiss], brown trout [Salmo Trutta], and brook trout [Salvelinus fontinalis]. 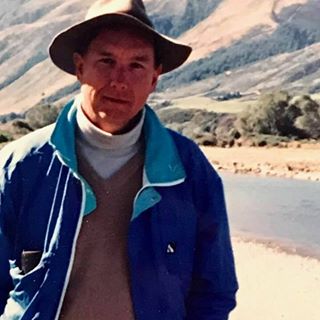 A Henry Fly Rod customer turned Angie Eberle Roth, my often angling partner, and her sister onto the Black Mamba Fly. The tyer swears it has magical powers not because it is seen by trouts as a food source or attracted to its glitter, but because they ‘personally’ hate the fly.

Angie and her sister, recently back from Patagonia, say that the mambas they bought from the UK were never long refused by bows or Salmo trutta no matter where or how they fished them. However, they did concede early-season trouts are always hungry.

Dabbling here with #8s and #12s on my friend’s over-stocked largemouth bass pond during a break in the winter weather proved to support Angie’s claim. The bass attacked mambas with convincing enthusiasm, but here again, the competition for food in the pond referenced is always ‘aggressive.’

B&W photos the farm office the only proof that largemouth basses caught in Elaine’s pond were ever over 2-pounds.

About the tying the ‘hated’ Black Mamba

Fortunately, the mamba is easy to tie, and materials are not expensive. When you finish a few and get into ‘production’ mode, you may look over at your creation and say, no way will trout bite this. But beware.

NOTE: The tyer in this video invented the Black Mamba.