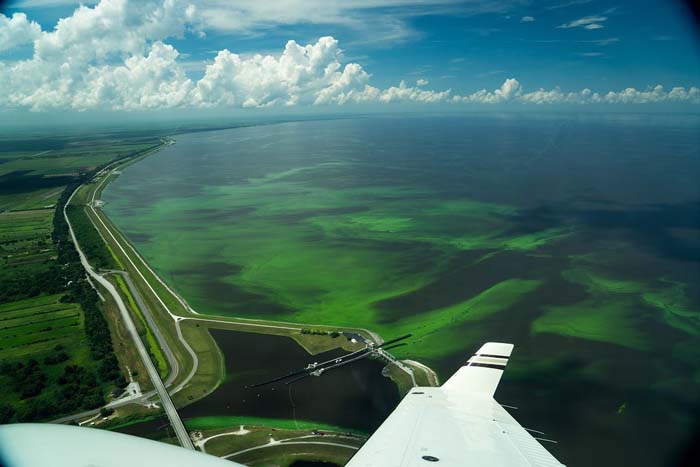 Are Florida bass anglers, guides and tackle shops, homeowners, and the tourism industries looking at another lost and toxic summer?

[dropcap]T[/dropcap]here’s too much water in Lake Okeechobee. ACOE said so last Friday, announcing the agency was going to have to open the locks to the east and west.

The Corps says the goal is lowering lake levels by releasing water for the next three weeks. Their plan is to monitor the impact on everything from oysters to sugarcane, and make changes if these discharges cause harm. Lowering the lake, the Corps says, will help its aquatic vegetation and the natural system that depends on it recover from extended periods of high water. But most important, doing it now means discharging lake water before cyanobacteria blooms explode and get carried into the estuaries by future releases.

This is new thinking from the Corps. It’s a critical step toward protecting people from toxins. And it’s especially important in light of USGS cyanobacteria research that found toxicity surges when the blooms contact saltwater.

Of course that’s a lot of freshwater to the Caloosahatchee, whose estuary was shoved miles into the Gulf last year, killing off swaths of seagrass and oysters. This volume is roughly double what the estuary needs to stay healthy according to SCCF. But when it comes to reducing the impact of toxic blooms, the Corps’ timing makes sense: Red tide levels are low right now, so dumping nutrient-rich water to the coasts may not feed blooms like last year. 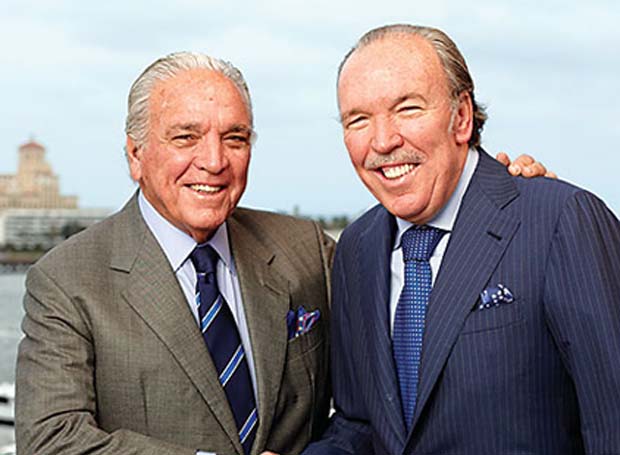 If we need to take our medicine, the Corps is doing the right thing. Now is better than later

The question is, did we need to take this medicine at all? The lake rose six inches in February. Could federal and state water managers have increased southbound flows to Florida Bay’s health? Florida’s Stormwater Treatment Areas had unused capacity to clean water this winter…why weren’t we using it? Why wait until the there’s too much water in the lake?

This is an “operational” question, about how agencies manage this system–as opposed to “infrastructural” questions, about how agencies build and modify the system. It’s related to the big operational question looming like a thunderhead over South Florida: How can we change operations to prevent disasters like last year’s while we wait 10 or 20 or more years for new infrastructure to come on line? (Assuming the experts who say it won’t work are wrong.)

That’s ultimately what the Corps is trying to do by revising its Lake Okeechobee management policy: find an operational solution that doesn’t poison, flood, or starve people or destroy the natural system. Because right now the policy puts everyone in harm’s way.

No one’s goal is to deny sugar growers a 40th consecutive year of risk-free profit, though; just a water policy that doesn’t sacrifice human health, Florida’s economy, or the Everglades to make it happen.

For now, even if these new discharges can head off another Toxic Summer, Florida Oceanographic is worried that they’ll erase any progress the St. Lucie made toward recovering from the past three years of releases. Scientists on the Caloosahatchee are worried, too. But if they had to choose, experts would probably take harmful discharges now to avoid catastrophic discharges later. Maybe in a decade or two–if the system we’re building works–they won’t have to choose. Until then, we need a better option.

By acknowledging that exposing communities to toxic blooms is not an acceptable option, and ordering key operational changes last week to prevent that, the Army Corps showed what’s possible: policy can be modified to protect lives and livelihoods. In other words, our government  can do the right thing.

There are lots of reasons behind developing a Lake Okeechobee System Operational Manual that accounts for people’s health, jobs, and quality of life, and the survival of our natural system. Are any of those reasons more important than basic human decency?

P.S. If you can, please donate or become a Bullsugar member today and help hold our government accountable for protecting the our communities and our water . . .