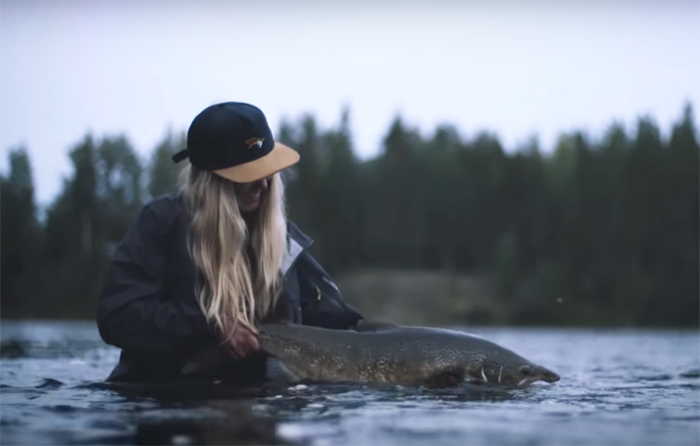 The Swedish slam is Arctic char, grayling, and brown trout

A film by Jean Philippe Tessier HOOKÉ / The Journey / Sweden, May 2019

[dropcap]T[/dropcap]he anglers achieve their goal with the added joy of a Baltic  [Atlantic] salmon caught by celebrity angler Emilie Björkman.

Follow Jean Philippe Tessier as he embarks on a fly-fishing journey from Sweden’s Lapland to Canada’s northern Quebec Province. His adventure brings him to realize the importance of fly fishing to him and everything it has brought into his life.

Grayling [Thymallus thymallus]. The grayling is a species of freshwater fish in the salmon family Salmonidae. It is the only species of the genus Thymallus native to Europe, where it is widespread from the United Kingdom and France to the Ural Mountains in Russia, but does not occur in the southern parts of the continent. I,age screenshot from film.

Fishing is a lot more than catching fish; it’s a good opportunity to learn about yourself, others, and those you consider your friends. Learn about nature and the world you live in and have a positive impact on the future and the nature you live in.”