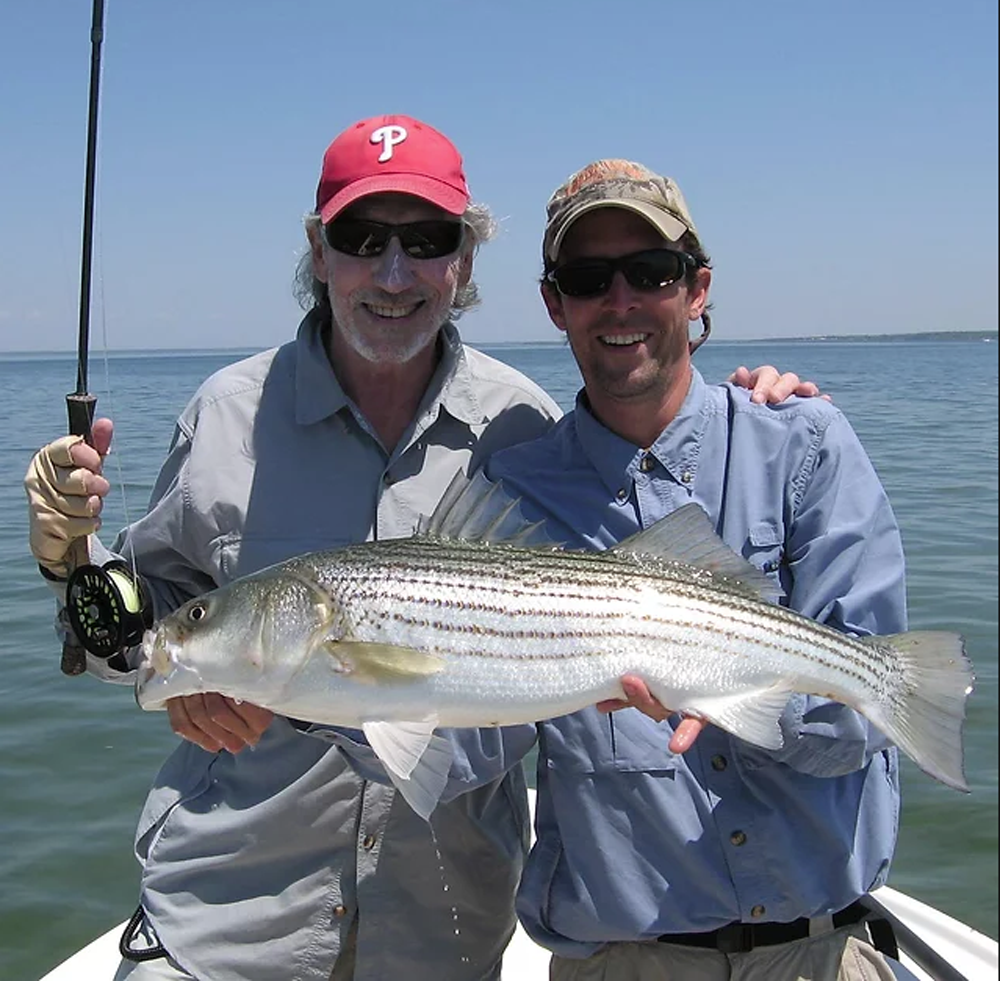 Capt. Andrew Derr with regular client Roger [L] holding a nice flats caught striper that is headed back to the brine to add to the run, 2010 Derr photo. Capt. Derr is okay with the factory loop, but when it shows wear from daily use, it’s replaced with an Albright in a heavy mono leading down to a Perfection Loop.

Taking a fly line out of your lineup because the factory loop shows signs of wear is profligate, as is not keeping older thick or thin fly lines [lines that are not cracked, etc.] for repurposing as new additions to a mainline. A small break in the coating anywhere in a fly line limited to the coating can be welded new. In addition, fly lines out of service for whatever reason other than old and dried out can be made into useful new possibilities like cutting out sections to produce add-ons to main lines and increase performance capabilities. 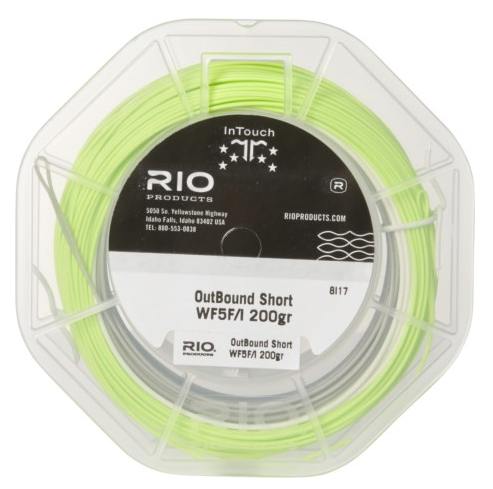 Factory welded knots for many fly fishers are perfect, no matter freshwater or saltwater quarry. But for those with primarily saltwater experience on the flats, nearshore, or offshore, nothing that could ‘likely’ fail is trusted – as pilots say; “In God we trust, everything else we check.” So, a factory loop would be snipped off and a nail knot loop the most like redo.

My guide and angling friends have been okay with factory loops up to 6-weights and fishing home waters. Still, away games like a $5,000 trip to Alaska for a week call for complete inventory review that could include building a new loop system, which could be simply a redo only to shrink the loop size to improve casting.

Hand-made nail knots have been popular for as long as I can remember and are easy to make if attention is paid to coils and their seating under pre-fishing tension. Nail knots made using the Tie-Fast-Knot-Tying-Tool are also popular, and again it’s the seating of the coils that is the insurance.

Among some friends, the needle knot gets a bad grade because of exposing the core. However, others argue the pinhole puncture in the fly line can be band-aided successfully.

Welding loops are melting the coating to rebuild the line as one piece – accomplished in the field with clear, 1/8 OD polyolefin heat shrink tubing and a lighter, but better performed at tying desk at a home shop or in the garage using a 1500 watt heat gun with a concentrator nozzle. The latter allows targeting the heat on small portions of the line at a time. 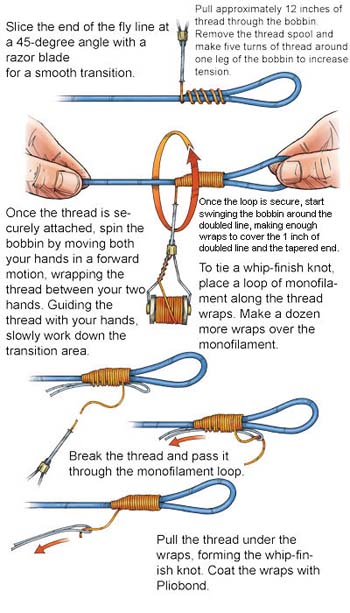 Most of the guides I’ve known from the Florida Keys and celebrities, and tarpon tournament winners like Diana Rudolph and Andy Mill prefer thread-tied whip finish loops. It’s as close to failsafe as is possible, but it does take skill and practice.

Using conventional knots to make loops are prevalent, but to many, it is annoying to have the knots clicking through the guides or, worse, stalling enough to lose a fish. In addition, lumpy knots create a guaranteed short lifespan for the loop by constantly rubbing in and out of the guides. The loop knots list is long – from Bimini to Spider, Albright and Nail to ‘pick-em.”

When discussing it, the big game [marlin] system for a loop is a whole system and should only include the entire enchilada. Too, ask one big game marlin on a fly captain or big leaguer, and you’ll get several competing answers. However, without a doubt, the systems are complicated and require mega bucks vessels, staffing that includes a phenomenal captain, serious mates, and more than pocket change as an entry fee. You can find answers to some of these big game marlin loop making and rigging by searching Marlin Magazine. Also, read an article about Capt. George Sawley.

NOTE: Rigging rules can be found at the International Game Fish Association [IGFA].