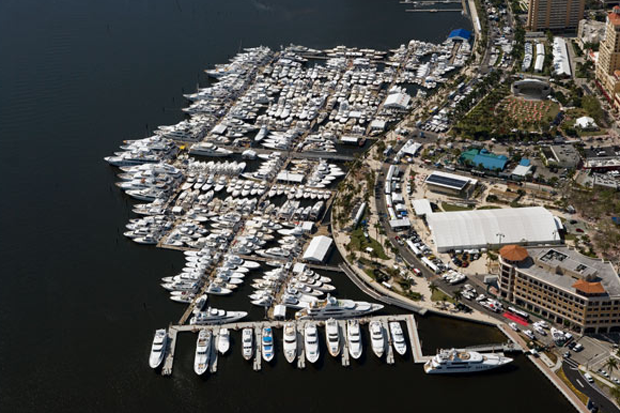 More than a billion dollars in yachts and accessories on display

[dropcap]T[/dropcap]he 28th annual Palm Beach International Boat Show, one of the top ten boat shows in the country, will showcase a spectacular display of more than $1 billion worth of yachts, boats and accessories from the world’s leading marine manufacturers.

From March 21 – 24, 2013, buyers and sellers from around the world gather along the scenic Lake Worth Lagoon overlooking fashionable Palm Beach, where hundreds of boats ranging from small inflatables and center consoles to fishing boats and super-yachts over 200 feet are on display.

For fly anglers there’s plenty of flats boats and bay boats along with accessories, gear and clothing to keep you busy all day.

NOTE: An economic impact study following the 2012 show, commissioned by the Marine Industries Association of Palm Beach County and Show Management, calculated its economic impact on the State of Florida was $91.6 million, generating $2.8 million in State excise and sales taxes. Beyond South Florida, marine businesses are a major industry nationwide, serving 82 million boaters and accounting for 350,000 jobs throughout the U.S., according to the National Marine Manufacturers Association.