The American Sportfishing Association (ASA) and the American Fly Fishing Trade Association (AFFTA) announced a partnership in which they would co-locate their trade shows in one venue in 2013. Both the International Convention of Allied Sportfishing Trades, better known as ICAST, and the International Fly Tackle Dealer Show, known as IFTD, will be held July 10-12, 2013, at the Las Vegas Convention Center in Las Vegas, Nev.

Both ASA’s and AFFTA’s Boards of Directors voted unanimously to support the new partnership and co-locating ICAST and IFTD in the Las Vegas Convention Center next July.

“By joining forces with ICAST and ASA to bring IFTD to Las Vegas in 2013, we are collectively creating what will truly be the largest recreational fishing show in the world,” said AFFTA President Ben Bulis. “This is a tremendous opportunity for the fly fishing industry and AFFTA’s Board of Directors encourages all AFFTA members to take advantage of this opportunity to explore a new and innovative option to grow and improve our collective business interests.” 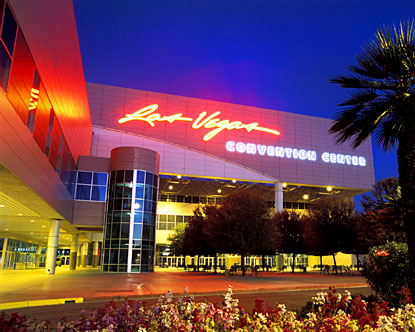 “ASA’s Board of Directors is pleased that AFFTA has decided to partner with ASA to create an expanded trade show venue that will have a positive impact on our entire industry,” said ASA President and CEO Mike Nussman. “By combining both shows in one venue, we can expand the business opportunities for both trade shows in terms of increasing international attendance as well as buyers and media located in the U.S. which will benefit both organizations. If an individual is on the fence about attending one show or the other or both; we’ve now eliminated that barrier.”

Both ASA and AFFTA will each manage its own trade show but will combine some functions, such as the show directory and having the same show hours, where it makes good business sense and benefits show attendees.

Bulis further said, “We feel that this is an exciting opportunity for our industry at the same time realizing that we will have issues such as future locations, dates or potential partnerships or integrations with other existing shows. All of that said, there is really no perfect answer; no solution that is going to please everyone. We do agree that we need to try something that is significantly different and we need to continue to explore new and innovative options to grow and improve our annual show event. Joining forces with ASA and ICAST while continuing to manage our own show, is a great option for fly fishing and for AFFTA.”

Jeff Marble, CEO, Frabill, Inc., and ASA’s Board of Directors chairman said, “From a business perspective, an alliance between our organizations – both of whom are dedicated to growing and expanding the sport of fishing – is something that is totally natural and something that makes great sense for both memberships.”

“What’s exciting is that IFTD is going to remain an independent, progressive trade show that is controlled and run by the fly fishing industry,” said Jim Klug, chairman, AFFTA Board of Directors and Director of Operations, Yellow Dog FlyFishing Adventures. “We will be able to continue to feature all of the elements that make IFTD great including retailer-specific forums and seminars, a large casting pond and a cohesive footprint that will keep fly fishing together in the same area. This is an opportunity to grow the show and provide a better overall experience and value to our members and show attendees.”

The American Sportfishing Association (ASA) is the sportfishing industry’s trade association, committed to looking out for the interests of the entire sportfishing community. We give the industry a unified voice speaking out when emerging laws and policies could significantly affect sportfishing business or sportfishing itself. We invest in long-term ventures to ensure the industry will remain strong and prosperous as well as safeguard and promote the enduring economic and conservation values of sportfishing in America. ASA also gives America’s 60 million anglers a voice in policy decisions that affect their ability to sustainably fish on our nation’s waterways through KeepAmericaFishing™ , our angler advocacy campaign. America’s anglers generate over $45 billion in retail sales with a $125 billion impact on the nation’s economy creating employment for over one million people.