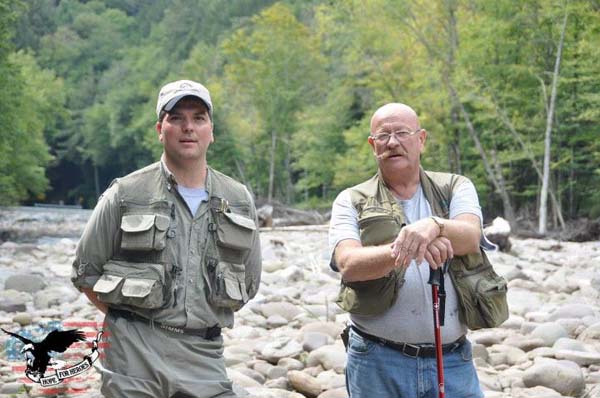 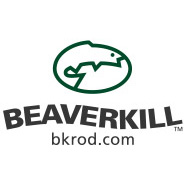 [dropcap]B[/dropcap]eaverkill Rods were the mastermind of Steven Forrer and his team of experienced rod designers. They began producing superior “American Made” graphite rods in 2001. Knowledgeable and skilled anglers scooped up the Beaverkill rods, but the company’s reach was limited by it’s marketing and finances. One of those skilled anglers that got hold of a Beaverkill was Anthony J. Magardino who bought a 7-foot, 6-inch 3-weight. Soon he began using his Beaverkill 3-weight as a matter of preference over and above his “collection” of similar weight rods. Fast forward; when the wheels fell off and the economy in 2007 so to went the fortunes of many small companies without deep pockets. One such mothballed company was Mr. Forrer’s Beaverkill Rods of Brinkow, Maryland.

NOTE: The Beaverkill River is world famous and the Catskills of New York are considered to be birthplace of American fly fishing.

Anthony J. Magardino is in his early 40s. He and his family spent their summers about an hour away from the heart of the Catskills fly fishing Mecca, Roscoe, New York. One day, a WWII veteran showed a struggling 13 year old Anthony how to properly cast a fly. Later, others would teach him more tips & tactics, and it was game on from there on. Soon he was tying his own flies and became immersed in the lore of fly fishing. For the last 30 years or so he has served on the board of the famous Catskill Fly Fishing Museum and has met many devoted anglers, joined many New York area fishing clubs and actively and financially supports veterans and active military personnel. 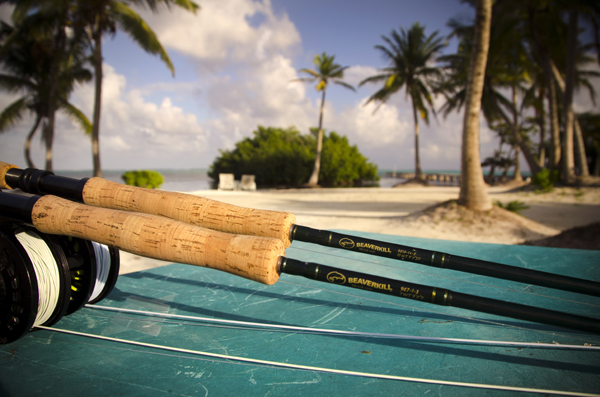 But there is another side to Anthony. He’s a quick study, very bright and loves to build things. At 20 years of age he co-designed and operated a carbon composite materials company and has gone on to acquire several other technology based companies, acquired many east coat real estate properties and continues to privately invest in venture capital opportunities when they arise. Like most successful entrepreneurs that I’ve known, he’s not self aggrandizing or standoffish, but confident, forward thinking, focused and in no hurry to make a bad move.

Post the collapse of the American economy and during the numbingly slow return to growth, Mr. Magardino made it a mission to find out what happened to Beaverkilll Rods.

AJM: “After four years of research I finally ran down Steven and made an offer to buy the mothballed company’s assets in entirety, re-capitalize it and relaunch with innovations not known to the industry. I always liked the idea of “American Made.” My forte is making things, and I wanted to take Beaverkill a step further. I would see to it that not only the rod, but all of its components – including the rod case were Made in America. I’ve studied the rod building industry for years and concluded fly rods were either way over priced and sold with techno-gobbledygook spin that meant zero to the ordinary angler, or they’re made overseas in Korea or China and the savings was not being passed onto the consumer. At Beaverkill we’re making  $700 rods that sell for under for under $400. Too, for the anglers of any skill level attempting to find a rod or rods to meet specific or various casting properties as it relates to action is not found in the current marketplace. No one rod company builds rod with performance characteristics that meet the flex needs for varying conditions and anglers’ preferences. Thus, anglers end up with rods built by different companies and there’s little feel continuity. We’ve abolished that with our Load Flex System. You can pick up one of our fast action rods (action is in the tip or top third of the rod) and then a Beaverkill with the slow action where the flex is in the upper butt and there will still be a familiar feel to the rod.”

Anthony on the left with angling friend surveying home court with a vet.

NOTE: By contractual agreement the original Beaverkill rod blanks are still made in Brinkow, Maryland, but in the next six or so months all manufacturing will be done under one roof (+/- 8,00 square feet) in Sullivan County, New York. Presently, the finishing and shipping are completed in Sullivan and Westchester counties in New York. Beaverkill also has plans to build a major facility in Naples, Florida.

FLM: When I’m bonefishing in Grand Bahama, I carry three rods in the skiff ready to go. An underlined by one weight, mid flexing 8-weight for pitching lighter flies in the mangrove channels where accuracy is paramount. I also carry a fast action 9-weight for the windier flats fishing and/or when using heavier barbell flies, and an over-lined 10-weight for that permit, tarpon or jack that shows up. All three of my rods are made by three different rod companies – absolutely no continuity of feel.

AJM: “At Beaverkill that continuity of feel is solved because each weight has three different flexes and the rods will all retain familiarity of feel.” 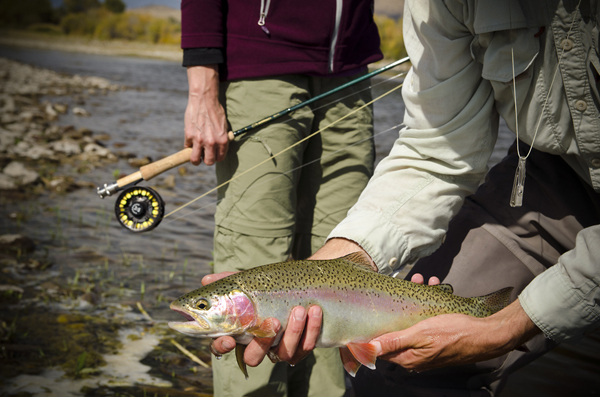 FLM: What are the future plans for Beaverkill and are you scheduled to be represented at the fly fishing shows and symposiums?

AJM: “To be a major player in this industry, as well as grow the Beaverkill brand, we’ll be making some acquisitions like a reel company and a clothing company – all Made in the USA. We’re in negotiations at this time. In addition, we’ll begin participating in select fly fishing industry shows because we’ve added more rods to our line and our clients really like what we’re producing. The shows will expose and show off our brand. As we speak, we’re talking with a very select group of fly shops that we’ll be offering Beaverkill to. It won’t be half off, but we have some unique incentives that are suited to fly shop owners. As you’ve no doubt seen, we completely brought our website into the 21st century. It’s easy to navigate, well designed with plenty of white space to make it viewer friendly.”

FLM: What about guarantees?

AJM: Twenty-five years warranty against materials or workmanship defects and an easy to swallow repair or replace program for the unintentional damage – $50. 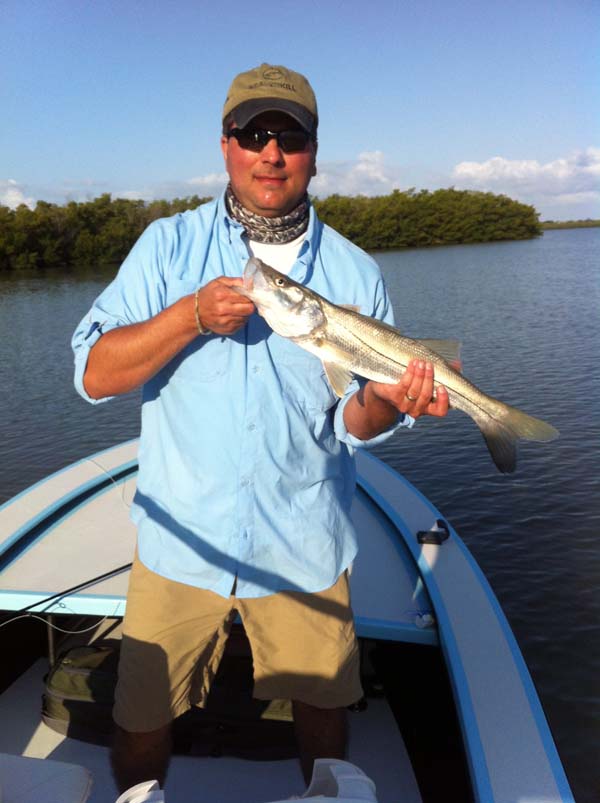 Anthony with a nice snook caught in Naples, Florida

The Beaverkill rods are true progressive actions and they’re also designed to employ different portions of the rod flex by using different line loads. We call it Load-Flex.

Medium Action (L2): Uses the mid-section to generate the Load-Flex. The mid flex creates a delicate and easy cast. These rods cast a an over-line by one weight and one size lighter. Lighter line for delicate presentations and heavier line for windy conditions and/or heavier, bushy flies.

Slow Action (L3)  Uses the upper portion of the butt section when cast. LF3 rods can under-lining by one or two weights and makes delicate presentations much easier. Underlined, the L3 rod will behave as a LF2 or LF1, respectively.

For more about the Load Flex System, ordering or signing up for the BKR Newsletter, go to Beaverkill Rods