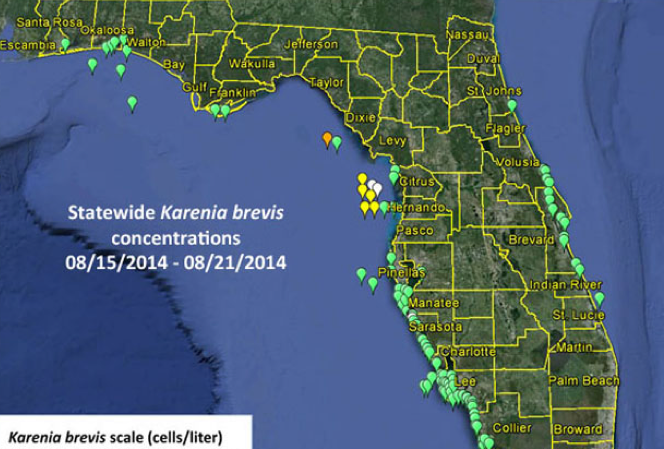 [dropcap]A[/dropcap] large offshore bloom of Karenia brevis, the Florida red tide organism, has been detected this month in the northeast Gulf of Mexico. Satellite images from the Optical Oceanography Laboratory at the University of South Florida showed a patchy bloom at least 20 miles offshore between Dixie and northern Pinellas counties in northwest and southwest Florida. FWC’s Fish Kill Hotline has received numerous reports of a widespread fish kill. Forecasts by the Collaboration for Prediction of Red Tides show water movement proceeding south and slightly away from the coast for the next several days.

Additional samples collected throughout Florida this week did not contain K. brevis.