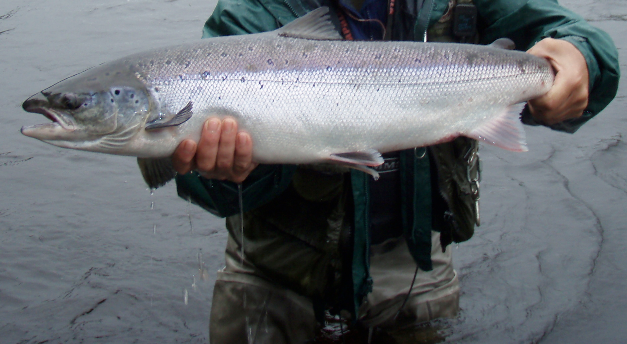 A ​PhD​ student at Dalhousie University is trying to solve the mystery of where ​some Atlantic salmon go after they spawn.

Xavier Bordeleau is tracking kelts​, which are salmon that have already spawned, in two Cape Breton rivers. Unlike Pacific salmon that die after they reproduce, Atlantic salmon have the capacity to spawn​ again.

However, not much is known about what they do to rebuild their reserves or where they go to do it.

“Their over-winter migration decision is critical for their survival, so what they do next is really important,” said Bordeleau.

“Even if their survival rate is quite low, they represent experienced spawners, so they still have a role in population dynamics.” Bordeleau tagged 21 salmon last December in the Baddeck and Middle rivers. Some of the tagged fish remained in the rivers over the winter and some went back to Bras d’Or Lake.

Over the life of the project, Bordeleau is hoping to find out how much the fish stay in Bras d’Or Lake, or if they spend their entire life cycle there​.