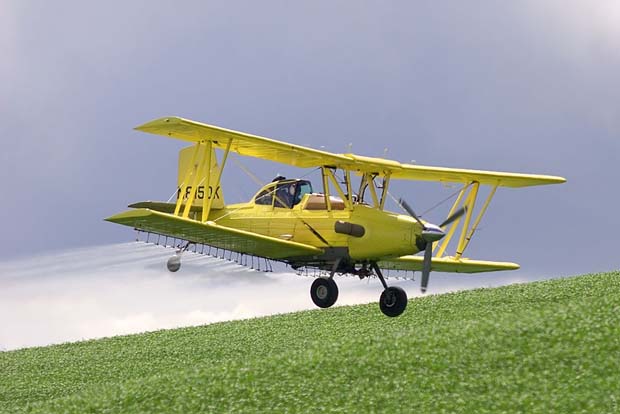 News: Chemicals – are they good for us, plants, fish and animals? [dropcap]A[/dropcap] draft summary of the Intergovernmental Panel on Climate Change’s latest report on the impacts of global warming leaked into the blogosphere last Friday. The draft highlights concerns ranging from melting sea ice to diminishing crop yields to health dangers from hunger and heat waves. What it does not address, however, is the added possibility that climate change could magnify the havoc wrought by long-lasting and pervasive toxic chemicals.

Two of the greatest threats to global health, some scientists say, could be closely connected.

Hooper referred to a series of studies he and other scientists published in January, after the cut-off for consideration by the climate group in its fifth assessment report (which could change before the final version is due in March). The new studies highlight how global warming may affect the movement and levels of chemicals such as organochlorine pesticides in the environment, as well as how a changing climate might weaken the ability of animals and humans to tolerate those chemicals.

The reverse is also addressed: Greater chemical exposures could hamper a polar bear’s or human baby’s ability to handle extreme temperatures, severe storms, lack of food or other hazards of climate change.

“Climate change could also make these compounds available in a more toxic form, for a longer period of time or at a higher concentration in the body,” added Hooper.

“The issue of health effects of [persistent organic pollutants, or POPs] coupled with climate change is a complex, tricky issue,” said Ana Priceputu, a program officer with the United Nations Stockholm Convention.

“The mechanisms of actions in humans are still not well characterized,” she added. “On top of that, humans are exposed to not only one substance but to various sets of substances, and we’re adding climate stimuli such as heat waves.”

Several organochlorine pesticides, including DDT, hexachlorobenzene and mirex, were among the first POPs listed under the Stockholm Convention. Enacted in 2004, the international treaty aims to protect the environment and public health from toxic chemicals that accumulate in the environment, travel great distances and concentrate up the food chain. Many of the same chemicals were widely banned, or at least heavily restricted, decades ago in the U.S., but still linger in the soil, waterways and residents’ bodies. The U.S. has not yet ratified the convention.

In October, the convention adopted new guidance to account for climate change in its work, based on the group’s 2011 review of global warming’s effects on the dynamics and toxicity of POPs.

“This stuff is just starting to get some traction,” said Hooper.

The tendency of chemicals in the ground or water to become airborne rises exponentially with increasing temperatures. Heavy rainfalls, also predicted with climate change, could wash organochlorines previously bound to soil into lakes and rivers, where they could then enter the food chain and ultimately our bodies. Global-warming enhanced erosion, too, could free organochlorines from the soil, while sea level rise could inundate contaminated land and waste sites, releasing still more.

Authors of the Stockholm Convention report urgently recommend that countries clean up legacy chemicals from dumps, soil, sediments and other places where chemicals may have settled during their decades of use.