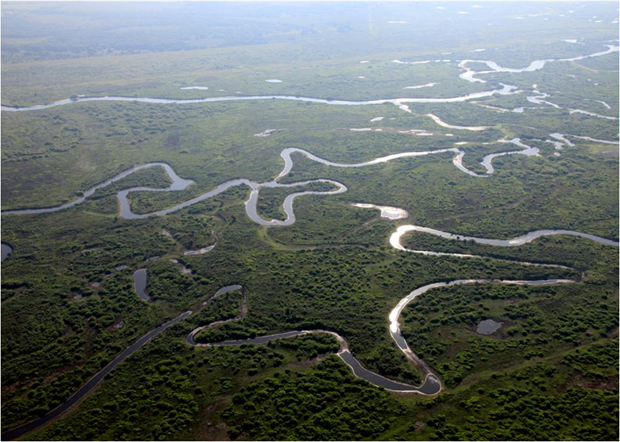 By Kate Bissell
[dropcap]D[/dropcap]epartment of the Interior Secretary Sally Jewell announced in early January that land acquisition had begun for the newly established Everglades Headwaters National Wildlife Refuge and Conservation Area. This new refuge was originally established in January of 2012 with a ten-acre land donation from The Nature Conservancy. The goal of the U.S. Fish and Wildlife Service (USFWS) is to acquire over 150,000 acres of land south of Orlando along the Kissimmee River. This protected land would filter runoff from Orlando before it reaches Lake Okeechobee and the Everglades to the south.

As of today, the refuge is only comprised of the original ten acres, but larger acquisitions are expected in the near future. At least two thirds of future acquisitions are expected to be through conservation easements instead of through traditional land purchases. Much of the land area desired for conservation is currently used for cattle ranching. Under conservation easements, no development would be allowed, but owners would be able to continue to use the land for cattle grazing, thus preserving their way of life. The USFWS notes that ranch lands are suitable habitat for many species of wildlife, unlike developed land. 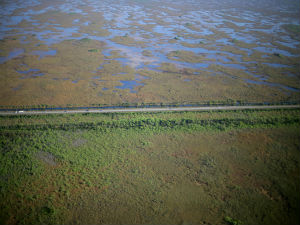 Water once flowed freely from the Kissimmee River to Lake Okeechobee and then south over the low-lying Everglades. This huge watershed historically covered 7 million acres and created a rich tapestry of habitats for a multitude of species. Some of the more notable species include the Florida panther, Everglades snail kite, and gopher tortoise. However, since the late 1800s, the free flow of water has been inhibited by draining and redirection for agricultural use and other human developments. The Everglades National Park now protects approximately 1.5 million acres. If the USFWS succeeds in protecting close to 150,000 additional acres, acquiring land through easements may prove equally effective as traditional means of gaining land for conservation purposes.