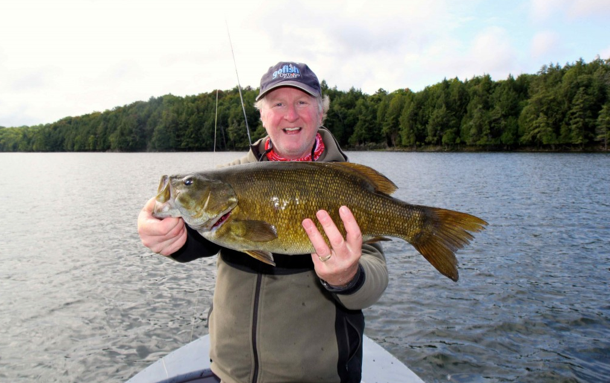 [dropcap]C[/dropcap]olin McKeown, host of The New Fly Fisher, was shooting an episode in Algoma Country in Northern Ontario when he hooked a record smallmouth bass this September. The massive fish was successfully landed and measured in at 22” long with a girth of over 15” – the weight was approximated at nearly seven pounds! The bass was caught on 10 lb tippet using an Orvis Helios six weight rod matched to a Ross Evolution reel. The fish is a new Ontario record on a fly through the recently launched Ontario Fly Fishing Registry. The fish was caught at Birch Lake Resort.

During the shooting of the show numerous 4-to-5-pound smallmouth bass were caught and released before catching the massive smallmouth. Colin was upset that he lost an even bigger bass which they estimated at 23-24” right at the boat when it was jumping. All fish were successfully released. The fly that was killer on this cold September day? The Gamechanger sold by Umpqua in an all white colour. This episode will air on World Fishing Network later this winter. 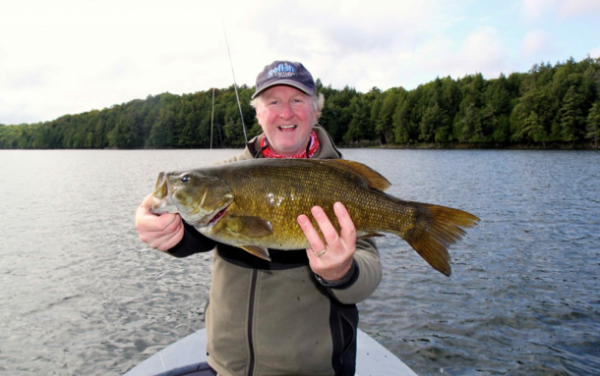