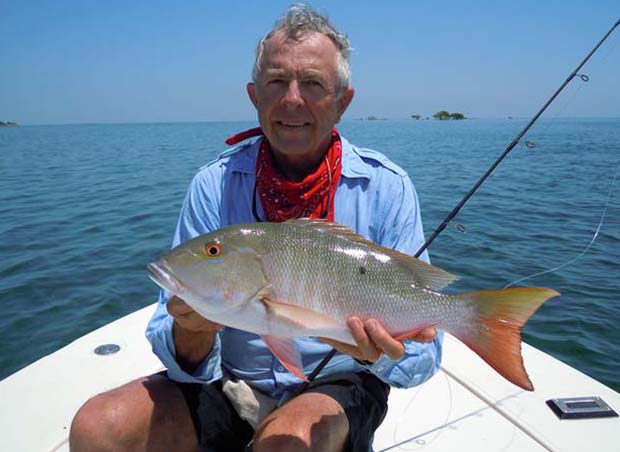 Statement presented to the FWC by Norman Duncan

[dropcap]M[/dropcap]any critics bemoan the steady increased laws and regulations on their outdoor activities and generally blame the regulators. While the true causes of the decline in the fisheries is the general degradation of the environment due to factors such as the large increase in human populations, uncontrolled development with the resulting habitat losses. Meanwhile, the governmental agencies and sport-fishermen are specific high-profile groups that can be focused on and attacked by short-sighted economic and political interests. Legendary Florida angler, Norman Duncan enjoys, as always, a day in Biscayne Bay, which is just a few blocks from his Coral Gables home. Duncan has been fishing the “bay” for over 50 years and seen significant changes.

The dwindling fish sizes and stocks in BNP and elsewhere in Florida are a direct result of more people, usage and development. In addition, the “do nothing” alternatives and existing resource management policies are not working.

Trends toward more restrictions to accessing fishing grounds seem to go hand-in-hand with dwindling fish stocks. One of the results is that we have invasions of alien species that may dominate these ecosystems.

If commercial fisheries are allowed in BNP it must be balanced with marine reserves and zones closed to fishing in an attempt to preserve intact ecosystems.

There are separate regulatory zones in BNP that fall under the authority of the state and/or park, this is confusing and these overlapping regulatory areas should be consolidated. The scope of the management goals of the state and federal authorities are very different.  The whole concept of local/regional politics trying to retain some control and authority in federal preserves is contrary to the basic themes that our national parks were founded on. In other national parks fisheries rules and laws are mostly regulated and enforced by park rangers.

Establishment of fully protected marine habitats and multi-use reserves is one of the few management tools available to combat the exploitation of these dwindling ecosystems.

Alternate four (see chart below) of the BNP Fisheries Management Plan (FMP) is a step in the right direction, but the step is not big enough. In the long run this will become apparent.

I urge the FWC to help BNP establish marine protection zones with no fishing allowed.

It’s not on the agenda for today’s Florida Fish and Wildlife Conservation Commission meeting here in Weston, but the agency’s commissioners should consider eliminating the use of seine nets in all Florida waters.

*Nets were in the news a few weeks ago when a circuit court judge in the Panhandle ruled that the way the FWC enforces the constitutional net ban amendment was a “legal absurdity” and she set aside the ban. That led to about a week of intense mullet netting until the state attorney general got the First District Court of Appeals to set aside the judge’s ruling.

What was absurd was how misinformed Judge Jackie Fulford was in making her ruling. The net ban, which was approved by 72 percent of Florida’s voters in 1994, was designed to eliminate gill nets, or entangling nets, from state waters.

Fish swim into gill nets and when their heads go through the mesh, which is 3 inches when stretched out, they can’t get out because their gills are entangled in the mesh. Gill nets were being used to kill thousands of pounds of mullet, whose roe was shipped to the Far East, where it is considered a delicacy.

Those who wrote the net ban’s language decided to give netters a break by allowing them to use seines, which don’t entangle the mullet that were being targeted by netters because they have a smaller, 2-inch mesh size.

Norman Duncan is a retired Miami-Dade highway engineer. In his younger days he was a guide – fishing the Florida Keys, Biscayne Bay and both coasts of Florida. He is a legend in the annals Florida sport fishing. He invented the Duncan loop, a knot that is sometimes mistakenly attributed to a former sports writer who called it the Uni-knot.  Duncan also invented the inside and outside flies, which Lefty Kreh modified and called Lefty’s Deciever. Aditionally, he had several flats boat add-on inventions. He is also a fierce proponent of conservation on all its forms.

* Circuit Judge Jackie Lee Fulford vacated an automatic stay of her controversial order of October 22nd enjoining statewide enforcement of the state’s 18-year-old net ban, virtually assuring an almost open season on Florida mullet stocks during the upcoming spawning season and essentially thumbing her nose at the will of voters of the State of Florida who passed the Constitutional Amendment Limiting Marine Net Fishing.

Fortunately, state attorney general got the First District Court of Appeals to set aside the judge’s ruling, but damage was done as netters from as far away as Louisiana and North Carolina plundered Florida’s stocks of spawning mullet. The FWC and BNP share jurisdictions withing the park. Only the Secretary Of The Interior can overrule both.