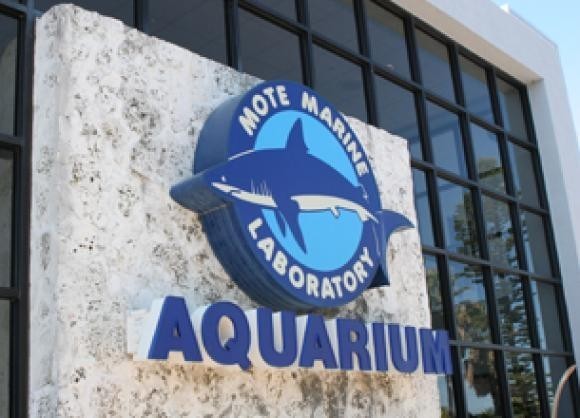 By AndrewJanuary 15, 2013No Comments
By Eric Ernst for Herald-Tribune.com
[dropcap]M[/dropcap]ote Marine Laboratory’s new office in Boca Grande doesn’t amount to much more than a flat-screen TV, a desk, a few chairs and some fliers.

The grand opening Wednesday afternoon drew a crowd of hundreds, though. Maybe it had something to do with the guest speaker, Laura Bush. Yes, that Laura Bush, the former first lady. You know you’re doing well when you can get a former first lady to come to your ribbon-cutting. 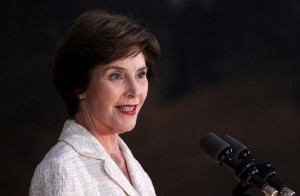 She didn’t have to travel too far. Laura and W have rented a home in Boca Grande for two Januaries now, she told the audience. And the Bush family ties to Boca go way back to when local guide Phil O’Bannon, who will run the new Mote office, started taking George Sr. out fishing.

So Laura Bush joined former Congressman Andy Ireland, a number of lab staff members and volunteers to usher in the new digs.

The office is not a destination, as they say these days in the tourist industry. It’s more of a symbolic gesture, a face, a presence in Boca Grande, where, as Mote executive director Kumar Mahadevan put it, “everyone is distinguished and important.”

It’s a strategic move to help engage important people either as volunteers or donors (although no one outright mentioned the latter) in several Mote research projects that could have an impact on the island’s economy.

Mote Marine Laboratory has been a leader in marine research since it was founded in 1955. Today, Mote incorporates public outreach as a key part of their mission. Mote is an independent nonprofit organization and has seven centers for marine research, the public Mote Aquarium and an Education Division specializing in public programs for all ages.