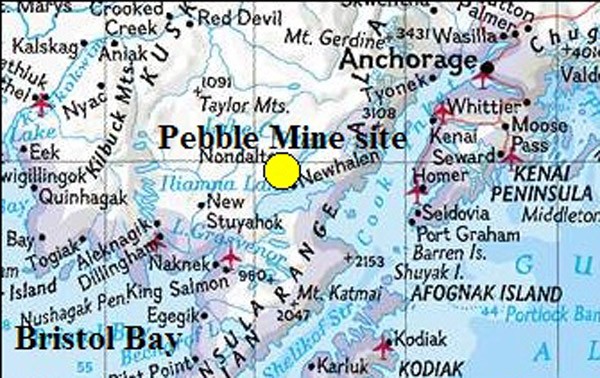 Robert Redford: It’s time to stop the pebble mine

[dropcap]S[/dropcap]ince 2010, I have fought alongside the Natural Resources Defense Council to stop the Pebble Mine — a colossal open-pit copper-and-gold mine that a consortium of global mining giants want to gouge out of the spectacular untamed wilderness above Alaska’s Bristol Bay.

Nothing like this place exists anywhere else on Earth.

Tens of millions of salmon course through this unspoiled Eden, feeding not just an abundance of bears, whales, seals and eagles but also the Alaskan Native communities that have thrived here for thousands of years. Salmon are the backbone of the region — a renewable resource supporting a commercial fishing industry worth around $480 million a year. The fishery provides 14,000 full and part-time jobs, whereas the Pebble Mine promises only 1,000 permanent jobs.

The Pebble Mine is a disaster waiting to happen.

Please show your solidarity with the people of Bristol Bay by signing a Petition to the President. Call on him to save Bristol Bay and secure a lasting environmental legacy by directing his EPA to stop the Pebble Mine.