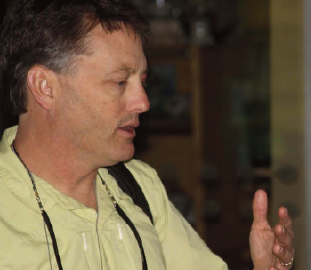 News: Letter to the Editor of Boca Beacon

Research on catch-and-release fishing generally shows that the amount and type of handling of fish after being caught and before being released is an important factor in determining the fish’s likelihood of survival after release. In general, fish that are kept in the water and handled minimally do best, while fish that are handled extensively and exposed to air for long periods of time don’t fare well.

Despite the availability of tarpon harvest tags in Florida (each $50 tag allows the harvest of a tarpon), the harvest of tarpon in Florida – whether by individual anglers or by tournaments – has declined to nearly zero in recent years. This is great news for tarpon: tarpon are late to become sexually mature (approximately 8 – 10 years old) and can live a long time (potentially to 80 years), which makes them especially susceptible to harvest. This makes it even more important to use proper catch-and-release practices when fishing for tarpon – so we can continue to enjoy the best tarpon fishing in the world.

Given the overwhelming support of catch-and-release of tarpon, it is puzzling why anglers would engage in practices that very likely cause high mortality of tarpon after release – the towing of caught tarpon to a weigh station as part of a tournament. Although data on the effects of towing tarpon are scant, the preliminary data that do exist suggest that towed tarpon exhibit much higher levels of physiological stress than do tarpon that are caught and released but not towed. Moreover, since we know that, in general, more handling time equals lower survival for caught and released fish, it makes sense that increasing the handling time by towing and weighing tarpon will likely decrease survival. The responsible and prudent approach is to reduce handling time, therefore not engaging in towing of tarpon prior to release.

The requirement for a weigh-in is especially puzzling given that accurate weights can be obtained by applying measurements of a fish’s length and girth to a formula that is specific to tarpon. This formula, created by University of Miami scientists based on measurements of hundreds of tarpon, is accurate to within a couple of pounds. Bonefish & Tarpon Trust has this formula available via an iPhone app or water-resistant weight conversion cards.

This letter is not a statement on tournaments, but is instead a call for all tarpon anglers to follow catch-and-release practices that maximize the survival of tarpon after release. This should be the goal of all recreational tarpon anglers, and especially of entities that host events that rely on a healthy tarpon fishery.

In closing, a tip of the hat to the highly responsible, talented guides of Boca Grande Pass who practice good catch-and-release, and the Florida Fish and Wildlife Conservation Commission’s ongoing tarpon conservation research, each contributing to a sustainable fishery.
Sincerely,
Aaron Adams, Ph.D.
Director of Operations
Bonefish & Tarpon Trust