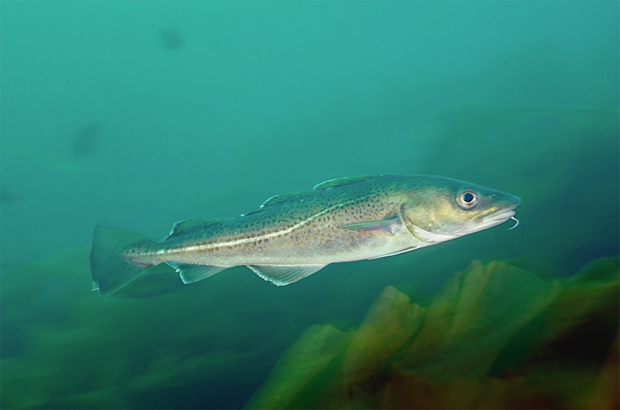 Gregory B. Hladky is a reporter for the Hartford Courant newspaper.

Environmental groups are calling on President Barack Obama to use his executive powers to establish a 6,180-square-mile New England Coral Canyons and Seamounts national monument. They insist it would protect a unique and ecologically critical marine environment lying about 150 miles off New England’s shores.

If Obama heeds those calls, virtually all fishing and commercial operations such as oil and undersea mining would be banned within the new national preserve.

The controversy has exposed deep fault lines between commercial fishermen fiercely opposed to new federal restrictions on their industry and many recreational anglers who argue the preserve would benefit fishing in the region.

Interstate fisheries councils and commissions involved in regulating fishing along the Atlantic coast are also involved in an effort to protect their jurisdiction over the proposed preserve.

The leaders of eight U.S. regional fisheries management councils have written to Obama warning that creation of the proposed marine monument would ignore federal mandates to “achieve optimum yield from the nation’s fishery resources and may negatively impact jobs and recreational opportunities.”

The letter warns that creation of the marine monument could shift fishing operations to less sustainable areas, and that any designation of a protected marine habitat needs have lots of open consideration and public input of the kind the regional councils already provide.

But those various councils have apparently failed to check with all of their members. “The Mid-Atlantic Council has never had a discussion or vote on this,” said John McMurray, a charter boat captain from western Long Island and a member of that fisheries panel. “If there were a vote, there probably wouldn’t be a consensus,” said McMurray, who strongly supports the proposed marine monument.

A spokeswoman for the New England Fishery Council said that panel also hasn’t had any formal vote for or against the proposed marine preserve.

Meanwhile, the Atlantic States Marine Fisheries Commission — which has authority only over fishing within 3 miles of the coastline — wrote to the president asking that New England Fishery be allowed to continue to regulate protections for the area’s coral and marine resources.

McMurray said the problem with giving those councils and commissions continued authority over this key marine habitat is that “they are not representative of the public. Their members are fishermen, for the most part,” he said.

The area in question “is not easily fishable now” because it’s too far out and too deep for current fishing technology,” McMurray said. “But it’s really stupid not to believe there will be developing fisheries in those areas [in the future],” he added. National Oceanic and Atmospheric Administration photo shows corals on Mytilus Seamount off the coast of New England in the North Atlantic Ocean. In the final months of President Barack Obama’s term in 2016, conservationists are hoping he’ll protect an underwater mountain and offshore ecosystem in the Gulf of Maine known as Cashes Ledge. They also want him to protect a chain of undersea formations about 150 miles off the coast of Massachusetts known as the New England Coral Canyons and Seamounts, including the Mytilus Seamount.

Connecticut’s congressional delegation has come out fully behind the proposed marine monument, calling on Obama to create it using his executive authority. U.S. Sen. Richard Blumenthal, D-Conn., said he supports a process for creating the marine preserve that includes the fishery councils and commercial fishermen.

Blumenthal said the fishery council’s “charge is to manage fishing resources … but there are environmental, recreational and other interests at stake here as well.” He said Obama needs to use his authority to “safeguard this pristine part of the ocean.

Gregory B. Hladky is a reporter for the Courant covering the environment, agriculture, food-related issues and the political connections between all of them. He is the former State Capitol bureau chief for the New Haven Register and has written for the New York Times, the Boston Globe, Connecticut Magazine and other publications. Prior to joining the Courant, he was a senior staff writer for the Advocate chain of alternative newspaper and is the winner of multiple journalism awards for both investigative and daily reporting.