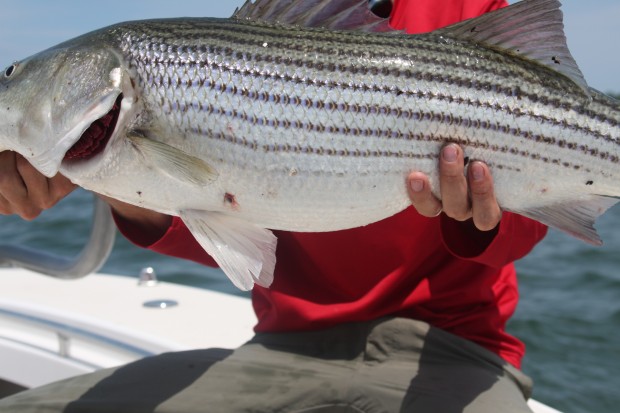 [dropcap]O[/dropcap]ver the last couple years, news came out of North Carolina of arrests of fishermen involved in an illegal striped bass poaching ring.

Thirty co-conspirators were part of the illicit activity, but only 12 subjects were charged and sentenced in connection to this case, which saw 52 charges in 13 indictments. This week the National Oceanic and Atmospheric Administration released data on the results of the investigation and court proceedings.

The investigation began as a result of the U.S. Coast Guard boarding the fishing vessel Lady Samaira in February 2010, based on a complaint that multiple vessels were fishing striped bass illegally, according to a 2015 U.S. Department of Justice statement.

The fishermen were landing the bass in federal waters where the harvesting striped bass is illegal and reporting the catches were made in state waters, where it is legal.

The fishermen were charged with violating the Lacey Act, a federal law that prohibits the transporting, selling or buying of fish and wildlife harvested illegally.