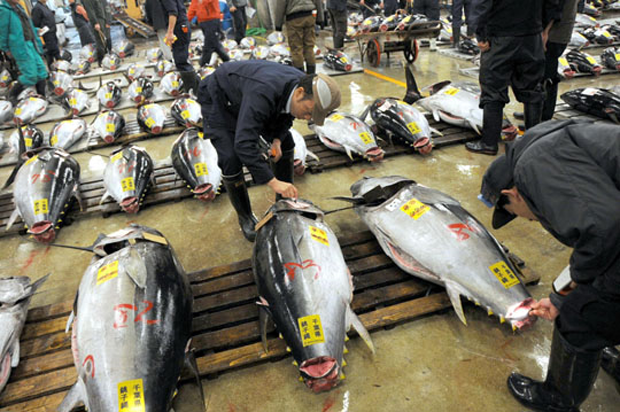 [dropcap]I[/dropcap]s there still time to prevent bluefin tuna from vanishing?

Thanks to heavy fishing and the world’s vast appetite for sushi, bluefin tuna populations in the Atlantic and Pacific oceans have been collapsing over the past few decades. And most countries have been slow to do much about it.

But that’s gradually starting to change. Last week, the US National Oceanic and Atmospheric Administration finalized a major new policy to limit certain types of longline fishing in the Gulf of Mexico — a key spawning ground for the western group of Atlantic bluefin tuna.

The move will force longline fishermen going after swordfish and yellowfin tuna in the region to use lower-impact methods during the spring spawning season. The hope is that this will reduce the inadvertent killing of bluefin tuna from longlines, which has been a major issue for 50 years. (Under current rules, many of the bluefin just end up getting killed and discarded back into the sea.)

Conservation groups hailed the NOAA rule, which was years in the making, as a big step. “This historic action will help western Atlantic bluefin tuna rebuild to healthy levels,” Lee Crockett of the Pew Charitable Trusts said in a statement. But even with this move, experts have noted that there’s more work to be done to halt the rapid decline of bluefin tuna around the world.
The new rules focus on (some) Atlantic bluefin tuna

There are three main species of bluefin tuna in the world: the Pacific, the Atlantic, and the Southern. All three are in serious trouble from overfishing. The new NOAA rule focuses mainly on the western subset of Atlantic bluefin tuna.