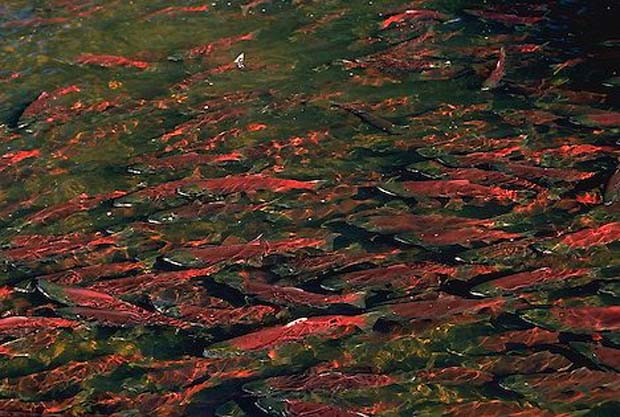 The theologian, Martin Luther, was alleged to have said, “Human reason is like a drunken man on horseback. Prop him up on one side, and he falls off the other.” Luther’s words ring true when it comes to the people who want to build a massive open-pit gold mine in the headwaters of the world’s most important salmon fishery.

[dropcap]A[/dropcap]t every turn in the twisted path to this bone-headed idea, the Pebble Limited Partnership (PLP) has responded to science and reason with stall and delay. The company first talked about a permit in 2004, promising a plan by 2010. For over 10 years, Bristol Bay’s commercial and sport fisheries which generate over 17,000 jobs and $1.5 billion in annual economic output have lived with the fear and uncertainty created by the proposal. Even after Sen. Lisa Murkowski (R-AK) wrote PLP in 2013, asking for them to submit a permit and plan, years later, they refuse to do so.

When the two multi-national mining companies and financial backers of the proposed Pebble mine abandoned the project, PLP responded by filing not one, not two, but three lawsuits against the federal government These numbers would all but disappear when a mining disaster happened. Would there be a mine disaster? You bet.

When the EPA finished a scientific assessment on the perils of large scale industrial mining in a watershed that harbors 50 percent of the world’s commercially-sold wild sockeye; one of the largest runs of Chinook salmon; and one of the best recreational rainbow trout fisheries in the world, the mine’s backers response was predictable. They dismissed the twice peer-reviewed report as a “flawed, junk science laden report designed to negatively influence, government, financial markets, and public policy.”

Delay, stonewall, stall and maybe the Americans will go away

The most recent example of PLP’s equivocation and delay tactics include hiring former Secretary of Defense, William Cohen, to conduct an “independent review” of the EPA’s actions leading to their proposed determination that the Bristol Bay watershed warrants protection under the Clean Water Act.

Former Secretary of Defense Cohen wrote to Trout Unlimited last week, and he said he had been retained by PLP to address the “fairness” of the EPA’s actions regarding the Pebble Mine.  “Fairness,” is untethered to any legal standard, and necessarily will entail a subjective point of view.

Fairness, what a joke

Trout Unlimited has long expressed its opposition to the Pebble Mine on scientific and ecological reasons. Those reasons are backed by the force of law under the Clean Water Act. It is the role of the courts, not former politicians or public relations firms, to determine whether the EPA was procedurally and substantively correct in its proposal to protect Bristol Bay.  Some other roving concept of “fairness,” unconstrained by legal boundaries, is simply another effort by PLP to attempt to stall and gain political cover, while it seeks new financial backers for a project that should never be constructed.