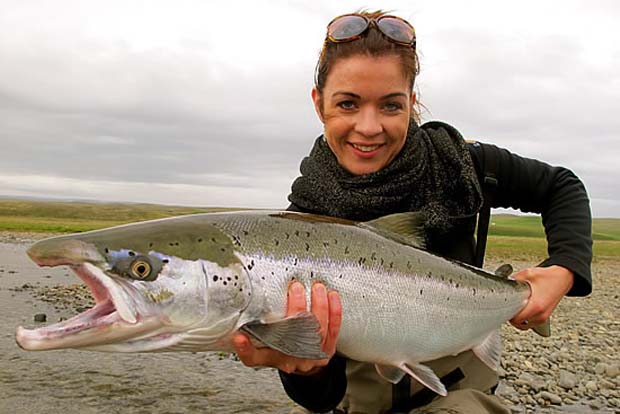 [dropcap]T[/dropcap]he once-abundant salmon in the rivers of New England saved many an early settler from starvation. But more important than a food source, or as a sport fish, the Atlantic salmon is deeply engrained in the culture of every country it has inhabited. Now we are fighting for their survival.

Given that their numbers have been plummeting for several decades, the stocks of wild Atlantic Salmon in the United States are at an all-time low. The rate of their demise has worsened significantly in the past few years and immediate action is urgently required in order to save this majestic species from extinction.

Conserving the Atlantic salmon is a complex matter, because this species spends two-thirds of its life cycle in freshwater and one-third in the ocean. Between the two ecosystems there is a vast range of habitat to cover. Nevertheless, we can address one of the salmon’ greatest threats — commercial netting.

The ocean stage of the salmon’s life is vital because it is where it feeds and grows in preparation for the long migration back to its natal-spawning streams. Twenty-five years ago, when the North Atlantic Salmon Fund (NASF) was formed, we found that an effective way of preventing overfishing on the open seas was to compensate the commercial fishermen and persuade them to fish for something else.

Mutually beneficial arrangements were brokered with long liners and netsmen in the Faroe Islands and then Greenland, who agreed to stop taking salmon in the northeast and western Atlantic. We guesstimate that this has helped to conserve more than 10 million fish during that time. Salmon of United States origin feed in the seas around Greenland, so any of those salmon taken by a Greenland fisherman would be a tragedy for the future of the already fragile stocks.

By creating this oceanic “sanctuary” in partnership with the Atlantic Salmon Federation (ASF), NASF has been able to direct its efforts toward improving conditions and increasing the survival rates of salmon present in coastal waters and rivers. The famous Midfjardara canyon offers some of the best Salmon pools in Iceland. Image by Halstead and Bolton.com

Our approach is based on understanding the needs of the commercial fishermen and their communities and addressing the cultural, social and economic benefits that the salmon bring to these people. We try to establish alternative fisheries to harvest non-threatened species other than salmon. With our assistance, Greenland is now one of the world’s largest suppliers of lumpfish caviar.

Eighty-five percent of the North Atlantic region is now covered by agreements, brokered and campaigned for by NASF, that have ended commercial fishing for salmon. In some cases we lobby and work with governments and promote actions for them to take, such as in Ireland, where drift-netting for salmon was stopped.

Another area where we can wield some influence on the conditions at sea is to fight unsustainable inshore salmon farms. NASF has been promoting seminars to tackle this subject and offers some solutions to help minimize pollution and disease. The industry does not have to shut down, it just needs to become more environmentally friendly.

Climate change is also having a huge effect on salmon stocks in the ocean and we believe that the negative effects of change have been greatly underestimated. Maine is a good example of how man-made conditions, such as dams and habitats, have conspired against the fish. Maine once had the greatest number of salmon rivers in the USA, yet its salmon population is now estimated at around 360 fish.

Regrettably, the U.S. has not been fulfilling its duty to restore its salmon stocks, and the situation has become so critical that Salmo salar is now on the country’s endangered list. Based on available knowledge, it seems that there has been too much time spent studying the reasons for the collapse rather than positive action being taken to halt it.