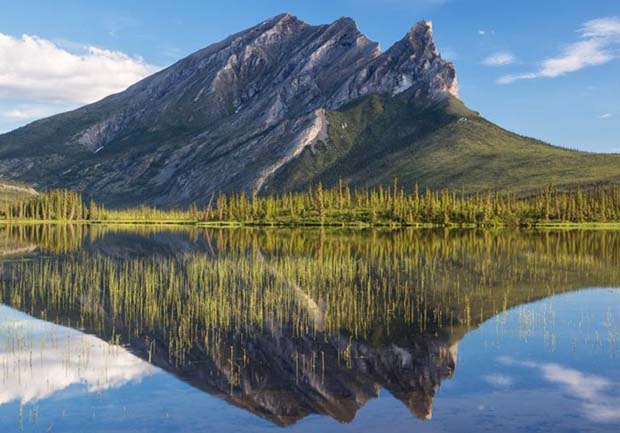 News: Will the Dunderheads Trash the Land and Water Conservation Fund?

[dropcap]S[/dropcap]everal of the misguided now holding office in our hallowed halls of Congress, champions of hate the government, have tended towards irrational behavior, like throwing the baby out with the bath water. For example, they have put our nation on the threshold of losing a critical program that helped pay for many of the parks, ball fields and public lands we all enjoy if it is not renewed before September 30th.

The Land and Water Conservation Fund was created by Congress in 1965, and over the past 50 years, has had a hand in the creation and enhancement of community and state parks and playgrounds as well as national parks and monuments in every state and nearly every county.

During the last 50 years, the Land and Water Conservation Fund has provided matching grants to more than 41,000 state and local park projects, as well as protecting clean water supplies and wildlife habitats.

There is some good news. A Permanent Reauthorization of the Land and Water Conservation Fund in Bipartisan Energy Bill is a really Good Idea

“I can walk around the state of Washington today, particularly within Puget Sound, and point to various parks and recreation areas that are great examples of preservation made possible by the Land and Water Conservation Fund,” Sen. Cantwell said. “This important program has helped to protect many of our nation’s iconic and most popular national parks, forests and public lands, and is itself a treasure.”

The LWCF was established in 1965 and is set to expire in September. The fund has provided countless opportunities for hunting, fishing and other recreational uses, and has helped support state and local conservation. Recreation on public lands supports billions of dollars in revenue nationwide and has been estimated to support more than 6 million jobs.

“In Washington state, visitors to federal lands in the state spent more than $1.3 billion last year. So protecting our public lands is not only good for our environment, but also good for our economy. And that includes many of our small businesses,” Sen. Cantwell said.

Sen. Cantwell has been an outspoken leader on this issue, introducing a bill (S. 890) earlier this year to both permanently reauthorize and fund the program. Yesterday, the senators released the Energy Policy Modernization Act of 2015, a five-title bipartisan energy bill. Title V of the bill permanently reauthorizes the LWCF and the Historic Preservation Fund, and it creates a new National Park Maintenance and Revitalization Fund, to address the maintenance backlog at national parks.

The committee plans to discuss and vote on the bill in a series of business meetings next week, which is the next step before a bill is considered for full debate on the U.S. Senate floor.