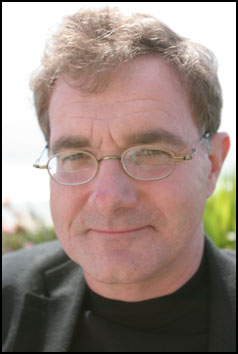 News: These guys always get it wrong

[dropcap]A[/dropcap]pparently Congress would prefer to destroy fisheries instead. Earlier this month, Republicans in House of Representatives (ably assisted by outgoing Democratic crank Barny Frank) passed legislation disallowing the National Oceanic and Atmospheric Administration to expand its fisheries catch share programs. One of the chief sponsors of the legislation was Rep. Steve Southerland (R-Fla) who declared:

One of the greatest threats facing Gulf and Atlantic fisheries today is catch shares.  By capping the amount of fish to be caught annually and gifting a select few with shares of the annual catch, NOAA is privatizing access to a once open fishery.

Gone are the days when enterprising young people can buy a boat and set out to make a living for their families.  Now they must lease access to the fish they want to catch, paying one of the gifted few for the privilege.  As catch shares are systematically implemented, in one fishery after another, more fishermen go out of business because they are not gifted enough shares to make a living.  This management tool is nothing short of cap-and-trade for our coastal economy.

Say what? There won’t be all that many fish left for “enterprising young people” if the tragedy of commons is allowed to play out to its depleted conclusion. Using Southerland’s logic, “gone are the days when enterprising young people could just put herds of cows on the prairie and set out to make a living for their families.” Damned privatized farms and ranches!

Although far from perfect, catch share programs create a quasi-property right to fish the encourages fishers to stop depleting stocks by overfishing. Disallowing this is just plain stupid public policy.

The Congresscritters need to read a new report by the free-market Competitive Enterprise Institute that argues for (1) allocating property rights to fisheries and (2) cutting subsidies as ways to prevent their collapse from overfishing. As the report notes:

The oceans are an important source of food and income for people around the world. In 2007, proteins from fish accounted for 15.7 percent of the total global animal protein supply. In 2008, an estimated 44.9 million people were directly engaged in the fishing industry (both marine capture and aquaculture). However, the world’s fish stocks are not limitless, and are being depleted rapidly.

Two principal factors are at work. First, the billions of dollars in subsidies bestowed on the fishing industry by many governments makes overfishing profitable, even as per capita fishing yields decline. Second, the absence of property rights over fish in most countries means that there is no incentive for any party to husband this resource. In fact, the absence of property rights, combined with subsidies, creates a perverse incentive to deplete this scarce resource.

And there is plenty of evidence that at least one-third of capture fisheries globally are being depleted by overfishing. CEI cites a report that suggests that global fisheries subsidies amount to just under $14 billion annually. Basically fishers are being paid to kill far more fish than is economically justifiable. In addition, research shows that creating property rights in fisheries, most frequently individual tradeable quotas (ITQs) encourages fishers to manage stocks so as to increase their size. The CEI report notes:

In 2008, researchers Christopher Costello, Steven Gaines and John Lynham investigated the effects of all 121 fisheries where IFQs and other catch share schemes exist around the world for a study published in Science magazine, comparing them to the 11,000 fisheries without property rights and controlling for confounding factors such as fish species and ecosystem characteristics. They found that the existence of catch share rights not only precluded fishery collapse but, as in New Zealand, often helped reverse pre-existing collapse.

Moreover, the authors found that if catch shares had been instituted globally from 1970, then the incidence of fishery collapse would have been reduced by two-thirds. Fish stocks, furthermore, would be rising rather than falling. The evidence is clear: ITQs and similar catch-share schemes should be implemented now on a global basis. Failure to do so represents a gross disregard for the future of our oceanic ecology and resources.

Catch shares, imperfect though they may be, are part of the reason that NOAA’s Fish Stock Sustainability Index has risen from 375 to 598 since 2000 – 67 percent increase.

If it’s not the Democrats screwing up policy, it’s the Republicans – that’s bipartisanship for you!

About: Ronald Bailey is the award-winning science correspondent for Reason magazine and Reason.com, where he writes a weekly science and technology column.

Bailey is the author of the book Liberation Biology: The Moral and Scientific Case for the Biotech Revolution (Prometheus, 2005), and his work was featured in The Best American Science and Nature Writing 2004.

In 2006, Bailey was shortlisted by the editors of Nature Biotechnology as one of the personalities who have made the “most significant contributions” to biotechnology in the last 10 years.