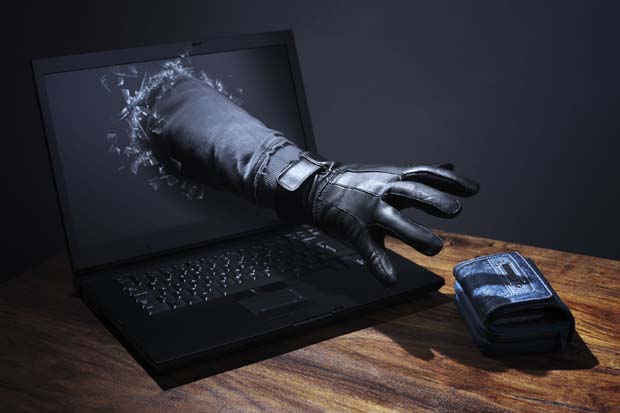 News: Thieves will go to great lengths to fly fish for free

This story from a few years ago deserves revisiting. Angling Trade Magazine sniffed out and chased fake online magazine scammers back under the rock from which they came.

While their effort to steal was thwarted, their plan was clearly put in place to scam. These guys or gals went into business to steal. It wasn’t whimsical, it was a robbery with time spent planning.

These jokers spent money, and their scam was to dupe an industry for a long, long time.

For example, they bought three separate domain names and three servers. Domain name costs are advertised as low as $.99, but in reality it’s much more. Some servers advertise a free domain name if you pay for one year of service up front. Those plans are between $80-100. However, the thieves greater costs were: buying a page-flip magazine service, and spending a lot of time laying the magazine out and, of course, stealing stories and images.

Here’s Angling Trade’s take. Be sure not to confuse legitimate online blogs or magazines with the ones clearly set in quotation marks below.

[dropcap]I[/dropcap]t seems like every time we turn around, we’re hearing of another upstart online fly fishing magazine. Apparently in some cases, these “new media” entities are little more than scams.

One rod company, for example, has been approached four times to send premium fly rods for product reviews.  Acting in good faith, the company has gotten the contact addresses, phone numbers, emails, etc., and has taken credit card numbers to secure the rods. But alas, when the rods never came back and the lending company followed up, the phone numbers were disconnected, and the credit cards are declined. 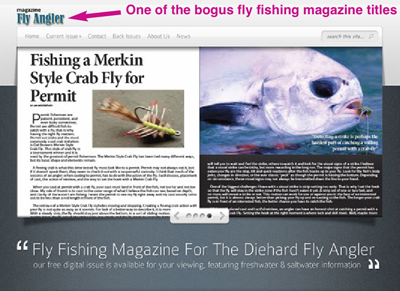 Interestingly, in all four cases, the Massachusetts addresses were actually UPS stores.  The “magazines” in question go by “On the Fly,” (not Wild on the Fly) “The Global Angler,” (not the Global FlyFisher), “The Hendrickson” (not The Drake) and “Fly Angler Magazine” (not Angling Trade, though it uses the AT font).

Seems like quite an elaborate scheme to steal fly rods.  But let the buyer—or in this case, the lender—beware.  If other manufacturers have encountered this issue or have additional insights, AT would be most eager to hear them.