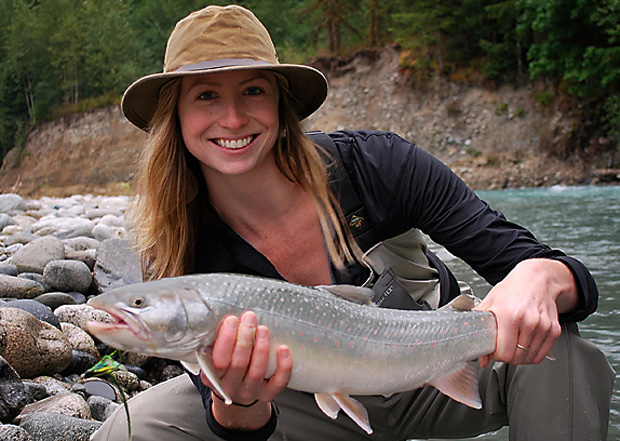 The nation’s native trout are in peril, but report shows path to recovery, long-term survival.

[dropcap]A[/dropcap]merica’s native trout have declined dramatically over the last century thanks to a number of threats ranging from hatchery fish stocking to logging and mining to poorly designed roads and livestock grazing practices. Now a new suite of threats, from energy development to a changing climate, poses even greater challenges.

According to a new Trout Unlimited report titled, “State of the Trout,” these threats are greater than ever, and they make for an uncertain future for coldwater fish if steps are not taken to protect and restore habitat, reconnect tributaries to mainstem rivers and keep native trout populations viable for the benefit of anglers and the country’s riparian ecosystems.

The report notes that, of the nation’s 28 unique species and subspecies of trout and char, three are already extinct. Of the remaining 25 species, 13 occupy less than 25 percent of their native ranges. Trout across America are dealing with the cumulative effects of resource extraction, climate change and the introduction and persistence of non-native fish into native trout waters. But, according to the report, there is hope for trout and for those who fish for them all across the nation. The report lays out a roadmap for native trout recovery and persistence, but it will require a host of advocates playing vital protection and restoration roles for years to come.

“It’s daunting when you consider the scope of the threats facing coldwater fish in the United States,” said Chris Wood, TU’s president and CEO. “But if you step back and look at the work that TU and our partners are already doing all across the country, it’s encouraging to see progress and to know that, with help from volunteers, private industry, government agencies and elected officials, we can replicate that progress and keep trout in our waters.

“And that’s why this report isn’t just for anglers or for biologists,” Wood continued. “This is a report for all Americans, because trout require the cleanest and coldest water to survive—and we all need clean water.”

Like Wood, report author Jack Williams, TU’s senior scientist, believes all Americans have a stake in this report, and that it will require a collective effort to ensure a future for native trout in America.

“The reasons many populations of native trout are on the ropes is because of our growing human population and the increasing demand on water resources,” Williams said. “For eons, the great diversity of trout genetics and life histories coupled with their widespread distribution allowed them to thrive. The changes we’ve made to their habitat over time, just by pursuing our lifestyle, has had a huge impact on water quality, connectivity and trout habitat. We’ve also stocked non-native trout on top of native populations, to the point where even well-adapted native trout are overcome by repeated stockings.”

Williams notes that common-sense conservation measures in the years to come can help native trout recover. But, restoration needs to take place across entire watersheds and be sustained over decades.

For instance, in Maggie Creek in northwest Nevada, collaborative restoration has been underway since the late 1980s. TU’s work with ranchers, the Bureau of Land Management and mining companies have restored 2,000 acres of riparian habitat and today native Lahontan cutthroat trout have been completely restored in 23 miles of Maggie Creek and its tributaries. In Maine, where TU and its partners helped negotiate the removal of two dams and construction of fish passage on a third, more than 1,000 miles of the Penobscot River has been reopened to Atlantic salmon, striped bass, herring and shad. In the West, in states like Idaho and Colorado, sportsmen and women have mobilized and helped protect millions of acres of intact, functional habitat that is vital to trout and the waters in which they swim. Broad-scale restoration work on streams in the Driftless Area of the Midwest has translated into waters that once held only 200 fish per mile to holding 2,000 fish per mile.

TU’s public and private partners are key to the report’s findings. Without help from government, private entities and volunteers, trout truly do face an uncertain future.