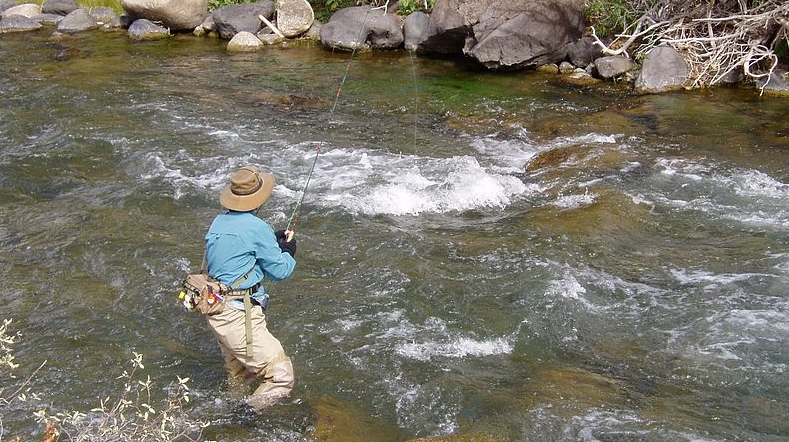 Nymphing your way to stardom

I know for some it’s heresy to say, but I’m not a fan of nymphing

[dropcap]I[/dropcap] am, however, guilty of learning how to be reasonably good at it. Understanding the different techniques – nuances, reading any story about it and owning a rod that’s pretty much in the stable for just that rodeo.

I also schedule outings with my ex-lawyer friend Angie Roth, a very good “nympher.” We devote at least a half dozen days a year to nymphing the days away here in my home state of Georgia.

One of the fascinating things about nymphing is how it got to be called that officially. Also amazing is how the best technique and “inventor” that launched a thousand “nymphers” remains so unheralded.

I thought of all this while watching a YouTube video of a guy from Alberta, Canada proudly doing it all wrong, and from a drift boat. The filming quality was very good, and he was catching a lot of trout, but the video never showed his “technique” leading to a hookup – just after fish was being fought. Hmmm?

Who changed the world of nymphing so dramatically that he could be likened to Babe Ruth?

Sidebar: Ruth had no equal in his era for hitting home runs. He also ended with a lifetime slugging percentage of .690 compared to today of around .560. That is a 130 point difference. No one has ever equaled the performance impact versus other fellow players’ statistics like Ruth did.

So who is Babe Ruth of nymphing?

He’s from Poland and his name Wladyslaw “Vladi” Trzebunia. He turned the fly fishing world on its head in 1989 at the World Fly Fishing Championships held in Kuusamo, Finland.

In the following years, Vladi’s nymphing technique would be hijacked and renamed, imitated, and appropriated by the fly fishing world. You, perhaps, know the Polish nymphing technique by different names; tweaked to be reborn to “new fathers of new nationalities.” 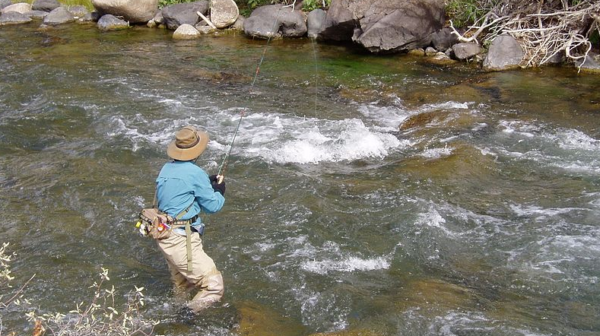 Just what is the Polish technique of nymphing?

Vladi Trzebunia took what he had learned from his father who developed a nymphing technique in the 30s, with meliorations of course, and ended up with the following:

The fish were attracted to the motion; when he pulled his baited hook downstream faster than the current, he caught more fish. Yup that’s it. 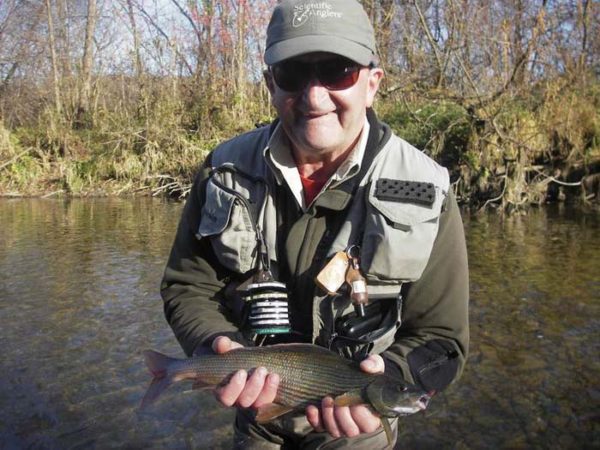 But here’s a little more detail:

The Polish method works best in fast water, perhaps no deeper than the middle of your thighs, about three feet. For example the tail-outs of pools, or just downstream from riffles are great feeding locations for this method even if the water is a little off-color.

Typically, your leader should be a little more than 2/3 the length of the rod. So, for a 9-foot rod, a 7-foot leader would be about right. I use an 8-foot tippet as a leader on my 10-foot rod. If you want to change from using a floating line to fish dry flies, just keep the same line and change your tapered leader to a straight tippit that will sink much faster and you’re all set. Remember, you’re not casting the nymph(s); you’re just lobbing them upstream.

There are no indicators, sighters, yarn, or colored line to use. This is an active, not passive, way to enjoy fishing. You’re triggering a strike, not standing there waiting and watching a bobber float by. You can use either a single weighted fly or a multi-fly rig. With a multi-fly rig, one of the flies (the anchor-fly) must be heavy enough to bring the flies to the river’s bottom quickly. Remember, the flies are not in tandem.

I usually hold my rod parallel to the water as I pull the fly downstream. Then I raise it a little when the fly is even with me, and let it drift past a few feet and rise toward the surface. Just before I start to pick up my line to lob it upstream again, I set the hook to an imaginary fish. I am amazed how many hook-ups I get because trout and grayling are likely to follow a food item that is quickly moving around in the current and will often eat it as it rises. If I don’t get a strike in two or three upstream lobs, I sidestep downstream about three or four feet.

The unique combination of the fish’s lateral line and vision is designed to specifically to detect the motion of predator or prey, which is why Vladi’s method seems like the obvious way to nymph. — Richard R. Twarog

Richard R. Twarog is the author of The San Juan River: A Fly Angler’s Journal.