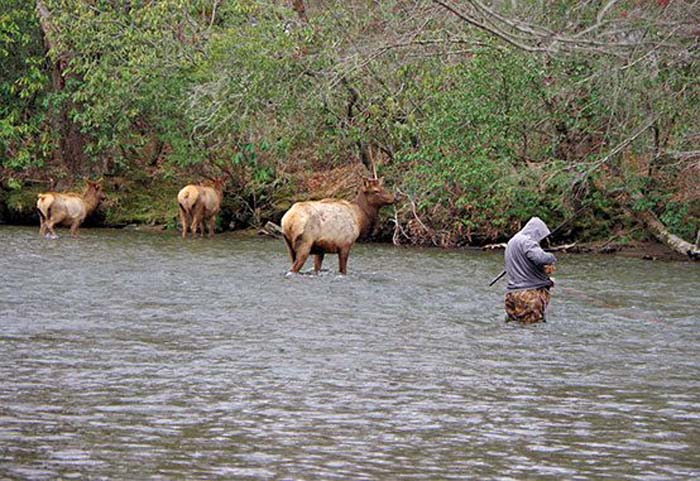 Warm winter days in the Appalachians

Warm winter days in the Appalachians

Heavy rains in the Southeast late December 2018 and early January filled streams, rivers, lakes, and ponds with an abundance of muddy water

[dropcap]A[/dropcap] reduced Corps of Engineers staff (Trump Administration government shutdown) had to put on its best logistics hat to manage tailwater discharges and water flow in general during a winter deluge. Now, weeks later, muddy waters are limited “mostly” to the final stage water collectors like significant rivers leading to coastal estuaries and late-stage ingress to the man-managed lake systems throughout the south. 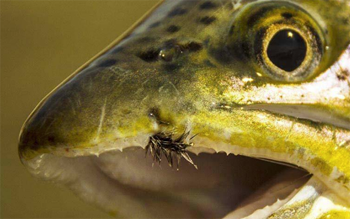 A beat up Griffiths Gnat clinging perfectly to a small winter brown.

Many side creeks and streams get gin clear pretty quickly in the southern Appalachians and with warm weather following the rains, getting on the water and nymphing has proven “side waters” can be productive.

Angie and I evidenced plenty of trout activity in clear waters along with spotty hatches of midges and mayflies that translated into good nymphing, which Angie loves. I’m not a nymph fan, so I did most of the scouting and reporting.

The trout were obliging, especially so to nymphing Polish style (Wladyslaw “Vladi” Trzebunia) which Angie has adopted as her own approach. Dry takes were less, but happened enough to keep Angie happy.

I didn’t tie Angie’s Griffiths Gnats, but was happy just watching “takes.” Alone, worth the trip and scouting hardship

Angie’s gnat midges found desirability in the riffles and even more company in likely deep pools. The windows of activity were pools first and last, with riffles at the peak, or the end of peak heat of the day – the high 60s.

It was not summer activity by any measure, but there was regular activity when “hot spots” were found. The time hog was looking and finding good, clear side waters that hosted an active bug community.

This InTheRiffle tying vid is as good as it gets . . .