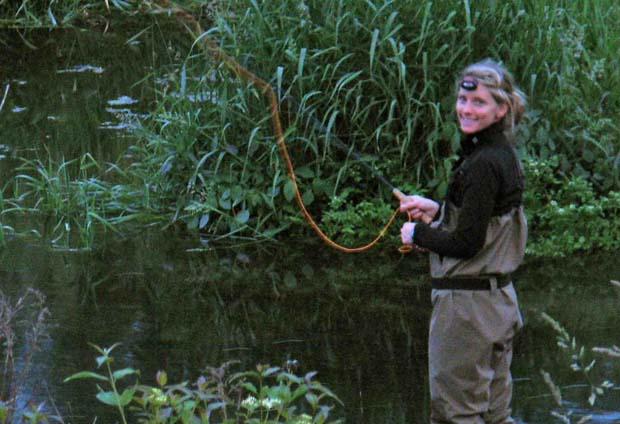 Of Interest: Earning a PhD is a family affair

[dropcap]A[/dropcap]s a little girl, my dad (a fish biologist and college professor) never read me the classic storybooks – you know, those ones bursting with bright, colorful illustrations and creative story-lines about cute hungry caterpillars or precocious talking cats. Instead, each night, I would curl up at the end of the bed, close my eyes, and listen as he read me the tales of famous scientists. The ones I remember most were those written by and about female field biologists like Rachel Carson, Eugenie Clark, and Sylvia Earle – to name a few.

At times I wondered why my father didn’t read with sing-songy inflections like my mom or with entertaining animation like my favorite children’s librarian. Instead, his voice (which I later recognized when sitting as a student in one of his lectures) was always soft and his tone was deliberate as he narrated their tales of scientific inquiry and adventure. His words sang with the tenor of curiosity that is science at its core – and left a lasting imprint on my mind. Long before I could understand the scientific nuances of their research – much less read – I ached to follow in the footsteps of these famous female scientists. The Biederman’s and trusty lab Lu.

Fast-forward a couple dozen years. As I write this, I hold my beautiful baby girl in my arms. She’s sleeping soundly after a busy day out in the field. Along with my husband/doting daddy/most trusted field assistant and our much-loved lab named Lu, our afternoon was spent catching brown trout and collecting aquatic invertebrates.