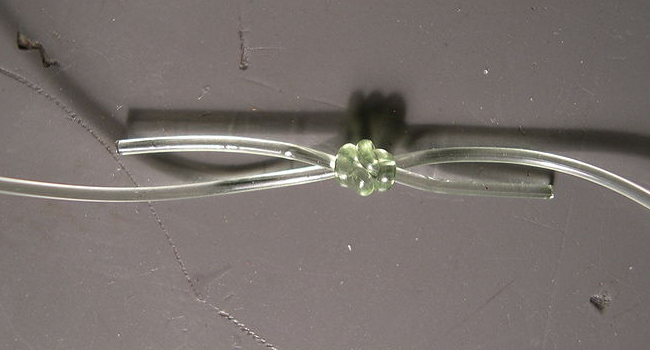 Of Interest: Fluoro vs. Mono – food for thought

[dropcap]F[/dropcap]or several years I’ve had a growing feeling that fluorocarbon monofilament simply does not live up to the marketing hype. It is twice as expensive as nylon monofilament but is it twice as good in terms of performance? The short answer is No and this piece will explain why.

Recently I lost a large kingfish from the shore after a torrid 20 minute “no holds barred” tussle. Eventually I managed to get the fish into the shallows and under some sort of control, or so I thought. However, in a last ditch bid for freedom it charged off directly away from me in a withering 30 metre burst. This was not ideal at all as I could feel its tail thwacking an angry tattoo on the line. Somehow I managed to turn it parallel to the shore again using side strain and it headed back upstream with fierce resolve. This is when it all turned pear shaped. I felt one treble pull out, followed by a second and then the inevitable happened and the line went slack. It took a moment or two to realize that the fish was gone. What happened next came as a surprise. I despondently reeled in the line only to discover that the trace had actually broken where the tail had rubbed against it rather than the lure come free. The fluorocarbon had ruptured into threads and it was these threads snapping that I’d felt. See the image below. This is a classic fluorocarbon monofilament break and it happens when the line is stretched past its deformation point. Apparently when this happens fluorocarbon loses its strength and ruptures at any surface knick if pressure continues to be applied. Surprisingly none of the manufacturers mention this.