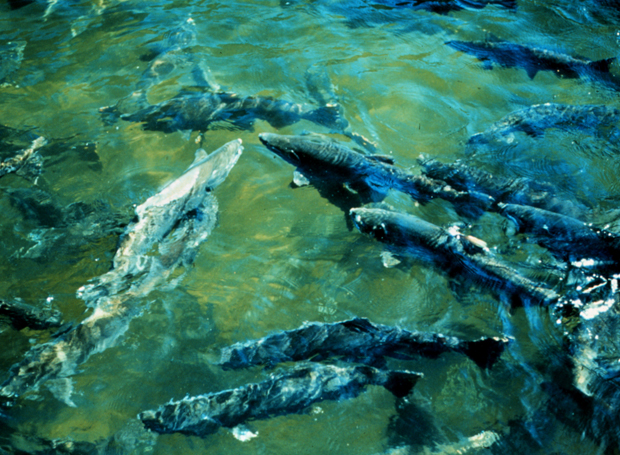 Well I’m sorry, they are not pigs, but rather antiquated thinkers 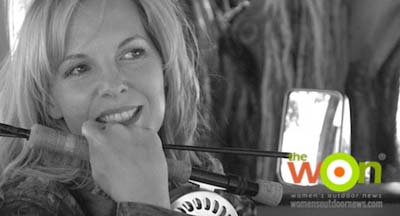 “This misguided proposed rule change implies that women can’t cut it unless we get a handout. Poppycock!” Photo Kathy Maroun.

Until yesterday, and ever since sometime in the late 1930s for that matter, the modus operandi for world-record fish under the IGFA rules was that a world record (no matter what junk you have in the trunk) was a world record.

On the heels of International Women’s Day, all that has changed.

The IGFA has announced amendments to its record categories. The sexist rule will go into effect April 1, 2014. (The irony of the commencement date is not lost on me.) I suppose this year will be different in Italy, France, and Belgium, where children traditionally tack paper fishes on each other’s backs as a trick and shout “April fish!” in their local languages (Pesce d’aprile! Poisson d’avril! and Aprilvis! in Italian, French, and Flemish, respectively). This year, boys will only pin boys and girls only pin girls, in keeping with the spirit of the IGFA rule change.

Freshwater line class and fly-rod records will now be separated into men’s and women’s categories. I’m not sure why a fish that weights 5-pounds caught by a man would be different than a 5-pound fish caught by a woman, but the paternalistic new rules of the IGFA organization seem to feel it is.

Kathryn Maroun is one of a handful of Canadian women to be certified as an FFF casting instructor. She is the award winning executive producer of What A Catch Productions. The 52 show series highlights Kathryn’s fishing adventures from around the world. Kathryn exposes never talked about hazards of the sport, conservation, culture, as well as showcasing exotic game fish in her series. Her show first aired in the US before being internationally distributed. Kathryn is featured in the collection of two prominent museums for her significant contribution to the sport of fly fishing. Kathryn Maroun is the president and founder of Casting for Recovery Canada, past director of Trout Unlimited Canada and past member of the Canadian World Fly Fishing team. Along with creating a line of clothing for women at work in the outdoors, Kathryn has fished around the world and has a number of world record fish to her name. Today she dedicates her time to writing about her miss-adventures and enjoys telling her stories through keynote speaking opportunities. Kathryn is campaigning to create a more balanced playing field for women in the sport.