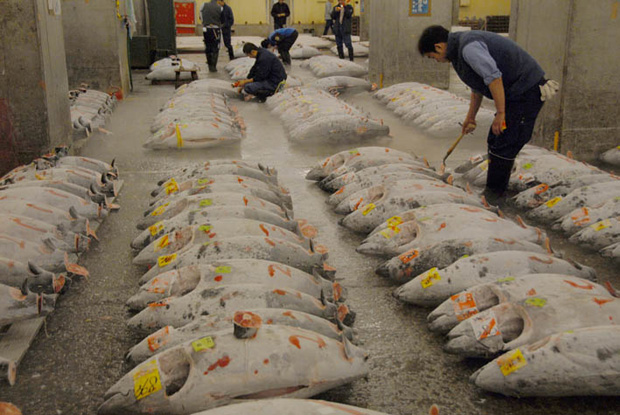 Large ocean fish could be gone by 2050, study says [dropcap]O[/dropcap]verfishing large predators such as shark, tuna and cod in the past 40 years has left the oceans out of balance, and could result in the disappearance of these fishes by 2050, according to Villy Christensen of the University of British Columbia’s Fisheries Center.

Christensen made this prediction at a panel, “2050: Will There Be Fish in the Ocean?” on February 19 at the annual meeting of the American Association for the Advancement of Science in Washington, D.C.

With the disappearance of these large fishes, populations of smaller, plankton-eating fishes such as sardines, anchovies and capelin have doubled, Christensen reported. His team studied data from more than 200 marine ecosystem models, which arrived at more than 68,000 estimates of fish biomass for years ranging from 1880 to 2007.

Whereas the absence of predators allows tiny fish to thrive (Christensen likens it to “when the cats are away, the mice will play”), it also leaves them vulnerable to disease and boom-and-bust cycles. The resulting mass die-offs could lead to algae blooms or large pockets of bacteria that would deoxygenate the surrounding water, leaving large portions of the ocean as dead zones, unable to sustain life.

Smaller fishes such as sardines are not heavily consumed by humans these days. Instead, they are mostly ground into meal or used for fish oil. Christensen advised his audience to try to turn that around and eat the smaller species instead of the bigger, more valuable tuna and cod. “We should be encouraging people to eat more sardines and herrings—and less predator fish,” he said.