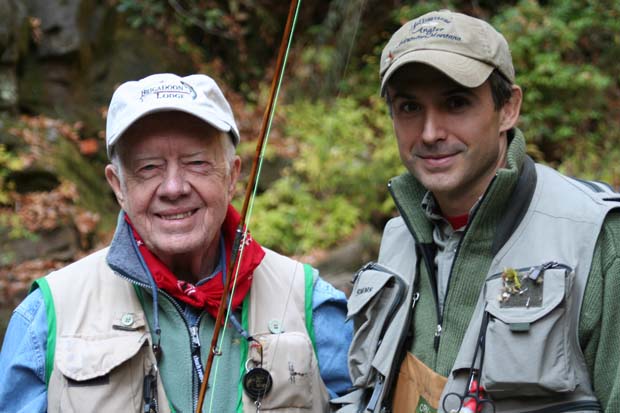 Of Interest: Why are we such a small tribe? Could it be linked to casting?

Fly fishing by the numbers by Walt Gasson [dropcap]F[/dropcap]ly fishing is roughly a $750 million dollar market in America – not the energy industry by any means, but not chicken feed by a long shot. And what’s more, it’s renewable and sustainable.

Most retail sales takes place in the west – 31.5% in the Rockies, 25.5% in the West – but almost 24% takes place in the South. The first part is a blinding flash of the obvious. Over half of the fly fishing industry takes place west of the Mississippi. That’s where the trout are, and that’s where people fish for them. But almost of a quarter of it takes place south of the Mason-Dixon line. Ya’ll are fishing for something down there, and it probably isn’t just trout.

But lest we think that (like the young Norman Maclean) that all the fishermen on the Sea of Galilee are fly fishermen and John the favorite was a dry fly fisherman, it would be good to remember that only 32% of fly anglers are exclusively fly fishermen. People fish with gear, they fish with bait. And we can ill afford to get real judgmental about that.

But here’s the number that knocked me out: Local guide services totaled $95.5 million of the entire $750 million market. Obviously that means access is going to remain a critical issue in fly fishing.  But as my friends at Angling Trade say: “Guides are key gatekeepers for this sport…”

Some people may have some issues with the notion that fishing guides are that important. Some of us may have attitude about guides, from events real or imagined. Maybe a guide and his clients fished over the top of me once when I was on my home water. Maybe I resent that kid with his clients in the drift boat when I’m just trying to find a little peace out free wading on a summer morn. Or maybe I’m just flat jealous that he or she gets to be on the water every day and I don’t. But here’s the deal: Guides and outfitters teach people to fish. And at a time when the future of fishing depends on recruiting new anglers – men, women and children – we can ill afford feuding within the angler ranks. A $95 million dollar contribution to their local economies – a sustainable and renewable contribution – is a big deal. And it becomes an even bigger deal when your home water is imperiled. When anglers and guides stand shoulder to shoulder, we have power we never dreamed we had. Ask anyone who’s been associated with TU’s “Save Bristol Bay” campaign.

I have good friends who are guides and outfitters. They’re real people who understand fishing and care deeply about their home water. They aren’t shy about going to bat for that water when it’s in trouble. I’m glad they’re out there and I hope they’re making some money. And I hope all of us will continue to stand together in defense of fish and fishing.

Source: The is an excerpt of Walt Gasson’s (TU) fly fishing round up sent to Rob Southwick, founder of  Southwick Associates (ASA). It is a sumary of ASA’s research. To read more. click here . . .