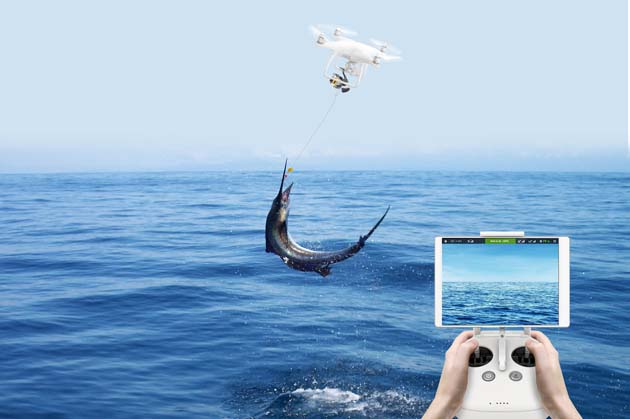 [dropcap]L[/dropcap]ast week, one of our daily “fly fishing news” feeds came from an unlikely source, The Weekly Standard. The Standard, as most agree, is a dedicated and strongly biased politically piloted print publication with a notable digital presence that, like so many other lefts and right-wing “publications,” use the loaded wording, misleading facts and omissions to charm their closeted thinkers. Sometimes they are rational and libertarians of a sort.

The story about fishing, however, touched an editorial bias of my own. The gist of the story was about the use of a drone to locate fish on the flats in The Bahamas.

Drone use for that purpose, finding fish, has been in commercial fishing hands since drones made it from secret U.S. weaponry to toy store shelves at the mall. And it has, in the hands of the Chinese, Japanese, and others… like the menhaden plunderers in the U. S., been helping devastate worldwide fish stocks.

The author of the drone story, Matt Labash, is a fly fisher who claims he casts his “own line” to catch the mystery of life. And I agree with him.

“ . . . fishing drones are just another way to allow tech-world to do what tech-world does best—to destroy everything, to profane the sacred—fishing, being about as sacred as it gets. If being a cold, fish-catching efficiency machine was all I was after when stalking God’s most perfect creatures (next to dogs), I’d trade in my fly rod for a chum bag and a throw net. But that’s no way to respect your dance partner, even if you’re (admittedly) trying to deceive your dance partner into mistaking sharp steel for fish food.

Periodically, friends in my fishing circle will send around Internet videos of drone-assisted fishing. You can see the ethical slippery slope at work. There are these guys, from Sea Ulcer Aerial Media (a sea ulcer, being a good description of what I get when I see people catching longtail tuna with drones). Though at least they seem just to be dropping lines/bait hundreds of yards offshore to get fish that otherwise would be out of casting reach. But then there’s this joker, who is actually pulling bluegill off their spawning beds by jigging with a drone. Assuming the fish survives its aerial flight for the protracted period it’s out of the water, what is Beardo the Bluegill Molester proving exactly? This isn’t fishing, so much as turning a fishery into the equivalent of the pick-a-plushie-toy claw crane arcade machine you see at Chuck E. Cheese. It disgusts me in every way imaginable, and in several ways, I’ve yet to imagine.” Drones enhance our military offensive and defensive capabilities, aid search and rescue, and provide a myriad of other benefits and challenges. However, a drone used in the name of sports fishing is very much like an electric reel on a boat – WTF are you high-fiving about? Image – click to visit Tech Trends.