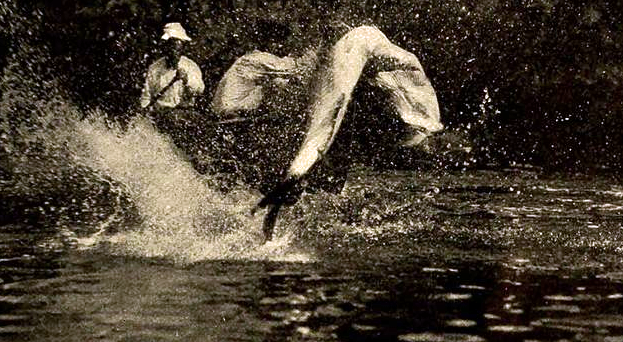 Opinion: We live in a kayak world, but the canoe gets the nod here

[dropcap]F[/dropcap]or myself, uprooting from Ft. Lauderdale and moving to Atlanta created new angling opportunities, challenges and needs. Personally, fishing Georgia on foot became limited to private ponds and a few community trails bordering small streams. Accessing lakes, bigger rivers, and coastal salt marshes fisheries – not too foot friendly in the Peach State. All the best trout water, although readily accessible on foot at many man-made entry points, are almost always crowd packed and not enjoyable experiences. Trekking up or downstream for a few miles on foot is a solution, but that is an exertion not too many are willing to undertake on a regular basis. Also, there are “private” trout waters if you are in the well-heeled bracket.

Getting to that better water

I did not want an aluminum jon-boat: too heavy, too big, and because it was better performing motor assisted I wanted no part of that: trailering, storage, engine repair costs, fuel cost, and did not like the idea of lacking stealth or reduced skinny water access. So, I was limited to an inflatable, drift boat, kick boat, fin tube, pontoon, SUP, canoe or ever popular kayak. I ruled out everything but a kayak and canoe.

Would I need lost gymnastic skills to stand?

Off the bat and with a borrowed vessel experience, I found that fishing from a kayak (within a working man’s budget) limited what I wanted out of self propelling – standing to fish. Inherently, a kayak is not stand up friendly. Newer, $2,000 kayaks are stand up friendly and sit high, but heavy and lack the storage space I was seeking.

There is little argument, if any, that sight fishing is far, far better than seeing at water level … standing assuages that and sitting high is better than sitting at water level. Fishing structures from a sitting position is fine as structures are generally visible from afar. Sitting, however, for hours is not comfortable, and paddling arms up is a bit tiring. 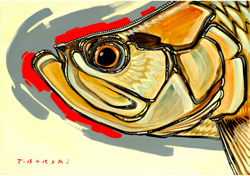 Being able to fly fish while standing with reasonable stability, gaining the advantage of stealth, skinny water entries and loading-up my junk without jeopardizing any of the latter lead me to a canoe. A canoe had one more advantage – easier to get in and out of than a kayak … if you have left a lot of rubber on life’s highways that is a big deal.

Ah, but what kind of canoe? Ask the fly fishing experts?

Steve Kantner is a canoe aficionado, as are Tim Borski and Chico Fernandez. All having different preferences as that relates to how they use their self-propelling vessels.

Tim Borski said: “I use canoes for several reasons but the big three are: They allow me to fish areas that motors aren’t allowed; let me access areas with no boat ramps and of course, they are fun.”

Tim Added: “I use the Indian River Otter almost exclusively because it is short, wide, stable and light enough for me to lug it around solo.”

Borski fishes his Otter a lot in the backcountry of the Everglades National Park where no motor zones are in play and stealth wins the prize in skinny water environment … most less than 2-feet.

Otter specs: 12-feet long, 39-inches wide, square back with a tunnel design. The latter could handle a motor, but Tim uses it for additional stability. It weighs a hefty 70-pounds 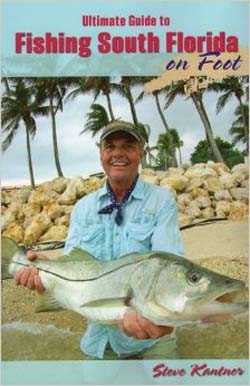 Steve’s book is referred to as the “bible” of South Florida fishing afoot. Book available at Amazon.

Steve Kantner said: “I only have one canoe now – down from three. One I sold and the other almost ruined by an idiot lawyer who failed to compensate losing it. My remainder is a dark green camo: A 14-feet long and 36-inch beam. It can haul 500-pounds, is tunnel designed and weighs only 60-pounds.

Steve’s sole purposes for a canoe is a fishing machine that is solo manageable with standing possible along with accessing to places denied skiffs because of skinny water conditions. The latter not always where he fishes, but access to where he can fish that others cannot.

Indian River Back Country specs: 14-feet long with a 36-inch beam and has a tunnel design. It can hau 500-pounds. Steve easily solo manages the canoe on his jeep. 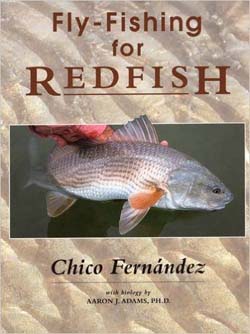 Probably the best game fish for shallow water angling is a redfish. Chico knows more about what a redfish will do than a redfish. Book at Amazon.

Chico Fernandez said: I’ve been fly fishing out of a canoe for 40 years. I mainly pole my canoe standing up and someone fishes up front. I’ve used many canoes for this. You need a 16- to 17-footer – not much bigger in the Everglades or you won’t be able to make the tight turns in the mangrove tunnels.

It should be about 36-inches in width. Too wide trying to get stability and you won’t cover much ground. And a keel, which is frowned upon by those paddling, helps the canoe track better and adds stability. Remember this is for flat water canoeing, that is mostly in less than 2-feet of water and often in less than 6-inches.

My favorite canoe is my Merrimack 16-footer, which I’ve had for 25 years, caught a million snook, tarpon, bass and more.

Push poles for canoes, in the Everglades, or in Canada, are usually between 11- and 13-feet long – remember you are not up in a poling tower.

I haul it by putting it on top of my SUV. You can trailer it but I hate having to use a trailer.

A ‘fishing’ canoe belongs in protected waters. It is not as sea worthy as a kayak by a long shot. It does not belong in open water when the wind picks up. If you want to cross open water to get to a flat, then you need a kayak.”

More about canoes: A canoe should be considered if easier in and out, able to haul more gear or fishing from a higher perch are matters of angling importance. Too, paddling a canoe for any length of time is orthopedically easier on the shoulder (down stroke not an up stroke).

NOTE: Unfortunately, the canoe manufacturing businesses are going out of business faster than politicians can lie, or enduring hard times. Self propelling water conveyances have given way to the kayak.