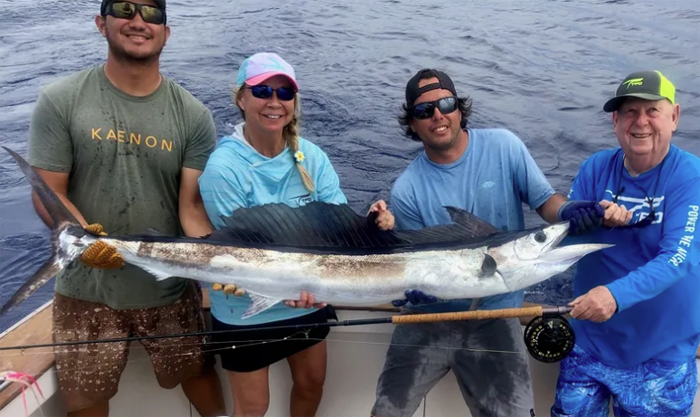 Playing by the rules, fly fishing IGFA rigged, has a lot to do with being part of history and fairness

[dropcap]F[/dropcap]olks of the Judeo-Christian tradition only need ten mitzvahs/commandments to guide their life. For Alcoholics Anonymous, only 12 precepts to conduct their lives, but for the International Game Fish Association (IGFA) 14 rules are not nearly enough. There are a lot of caveats required to fly fish by the rules. Some think fly fishing by the standards is complicated. It’s not.

Some anglers say they are unhappy with the IGFA Fly Fishing Rules.  Many of those with billfish on their minds, or any big boy fish – like the toothy king mackerel or world-class hook throwing champions, tarpon. Ask any angler what exactly don’t they like about the IGFA fly fishing fly rules. Chances are they do not know what the rules are, but they don’t like them just the same. Go figure.

There does not seem to be much or any story noise reported about IGFA Fly Fishing Rules in the trout world. Primarily, the rigging for trout is almost always by the rules, even if the angler never heard of the IGFA Fly Fishing Rules. There’s bite guard needed on a 12-inch long brook trout or even 25-pound snook, or 70-pound black drum. 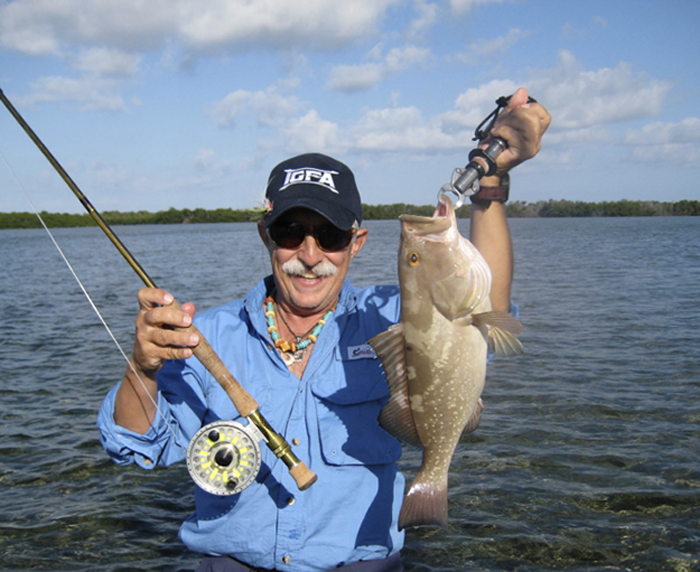 Above, world record red grouper 3-pounds on 6-pound tippet (12/20/2007). Marty Arostequi, a retired physician from Coral Gables, Florida, has more world records on a fly than anyone, ever, around 400. There almost is no one in second place. Arostegui says he spends more time researching potential records than fishing for them. Steve Kantner, Ft. Lauderdale, guided Marty to some of his world record catches. Photo Steve Kantner. Click here to view Steve’s new book, Fifty Women Who Fish.

According to IGFA, the best anglers are all in on angling rules

Jake Jordan, one of the most accomplished billfish captains of all time, says, “If you’re not IGFA rigged, you’re not even fly fishing.”

He was not referring to world records, tournament pursuits, just everyday angling for any “fish.” That’s not a hollow statement. Jake and all of his fellow anglers dedicated to billfish on the fly agree wholeheartedly with him on rules, adding, “It keeps the playing field equal for all.” — George Sawley

Understanding the rules will make sense of them

Getting your arms around the rules lies with the legalize writing of the regs. Boiled down, the IGFA Fly Fishing Rules have little to do with your fly rod if it’s over 6-feet and having a specific butt and handle measurement, backing, and fly line. You’re free to use a flagpole as your fly rod, piano wire for backing and steel cable as your fly line. Also, the rules have little to do with connections. There, you could use welded chain links – anything. IGFA’s escape, “ . . . according to accepted practices.” Regarding the latter, if an industry player of note came out with something outside the thought to be “accepted practices,” it would fast become accepted practice.

The reality is that it’s all about the details of the leader build – and the IGFA is not going to change a word of that. Their rules have been assailed many times before with no new outcomes.

The IGFA has addressed the only two main arguments about pursuing world records having, in the minds of the finger pointers, adverse outcomes for the anglers prey.

Read the reply to Shiffman, “Trophy fishing for species threatened with extinction: A way forward building on a history of conservation” by Jason Schratweiser.

A peek at rule “B” (the Leader). It reads complicated, but it is not

Well, it’s the jump to conclusions, embrace a conspiracy, and torment the facts that sustain a lot of people these days 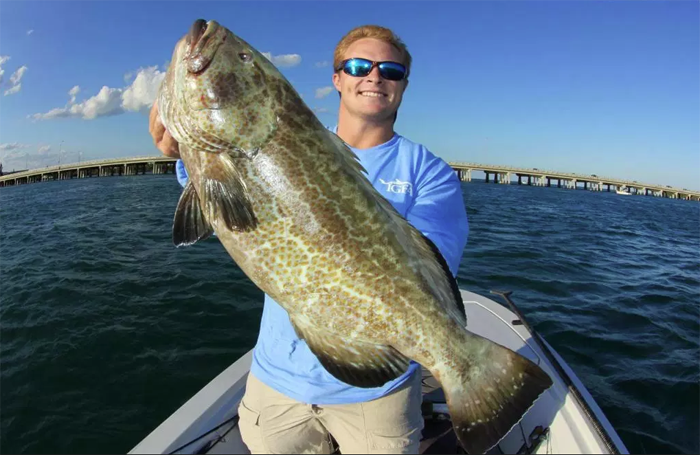 I interviewed IGFA’s Jack Vitek, overseer of record submissions and approvals of submitted evidence that a world record has been achieved. It’s a complicated job, sometimes requiring a Holmes and Watson approach.

With a slight chuckle, Vitek said: “Funny; it’s big, ALL TACKLE animals caught with a heavy line that seem more likely to fall into the extended fight category. Paradoxically, game fish caught on light pound test class tippets does not automatically translate – prolonged, exhaustive fish fight. There are so many records for pretty big fish being caught on very light tippets landed in just a few minutes, or a very short, non life threatening amount of time.”

I asked about bonefish?

Bonefish are more susceptible to stress issues when fought, but with them and other species, there are other factors like handling (slime), holding, and the all-important time sensitive return to the water that factor big in its survival. A good angler, using a light tippet, knows that they have to pay attention not only catching but catching quickly because of predation, as well as a timely release.”