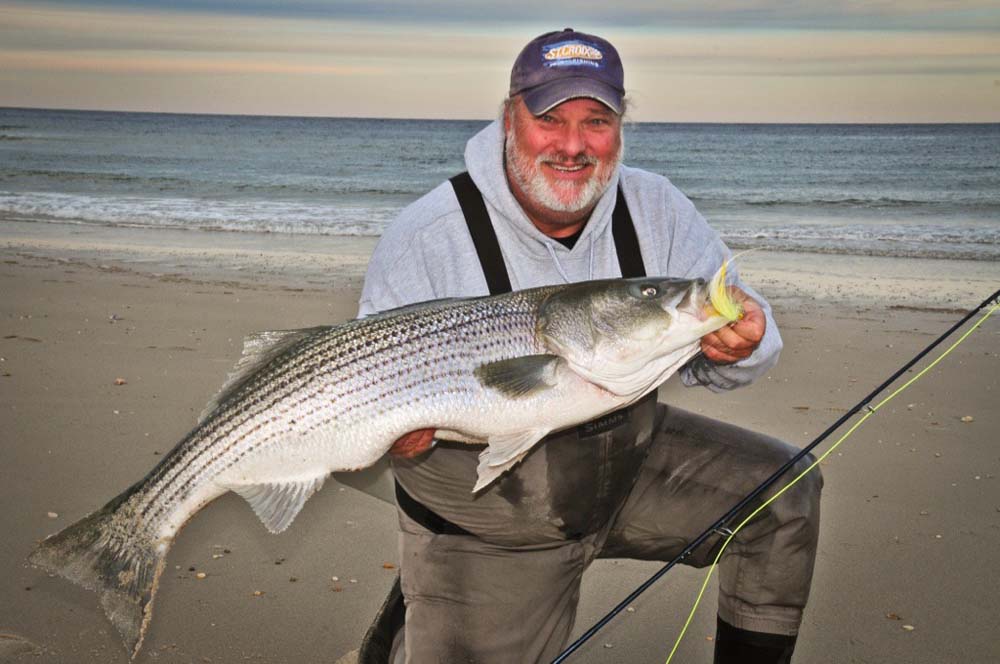 The fly that changed the course of saltwater fly tying, Popovics’ Surf Candy

In a twist of fly-tying history, a fly originally developed for the unsophisticated tastes of bluefish became the most effective fly for the wary, sharp-eyed members of the tuna family, like bonito, false albacore, and small bluefin tuna. When Bob Popovics came back to Seaside Park, New Jersey, from Vietnam in 1970, no one in his area even knew how to tie a Deceiver. At first, Popovics tied up some Joe Brooks Blonde series bucktails, as that was the only saltwater fly pattern he had seen. Striped bass were at a historic low at that time, but there were plenty of big bluefish, so Popovics had to satisfy himself with these strong, aggressive fish with tiny razor-sharp teeth. After a couple of shots at fish the fly had to be replaced, and Popovics was getting frustrated with the frequent fly changes.

Popovics already had epoxy on his fly-tying bench. Since bluefish love big poppers, he had been tying plenty of Ka-Boom-Boom poppers (also known as Skipping Bugs), which are large cork poppers with a slanted face. At first, tiers tried to keep these flies from being destroyed by bluefish by using plastic wood and Duco cement, but later started coating the poppers with epoxy, which made a much more durable fly. “I just started with bucktail and epoxy and kept going. The first ones were ugly, but they sure worked. They had no eyes and no flash and nobody else even wanted to know how to tie them because they looked so crude,” Popovics said.