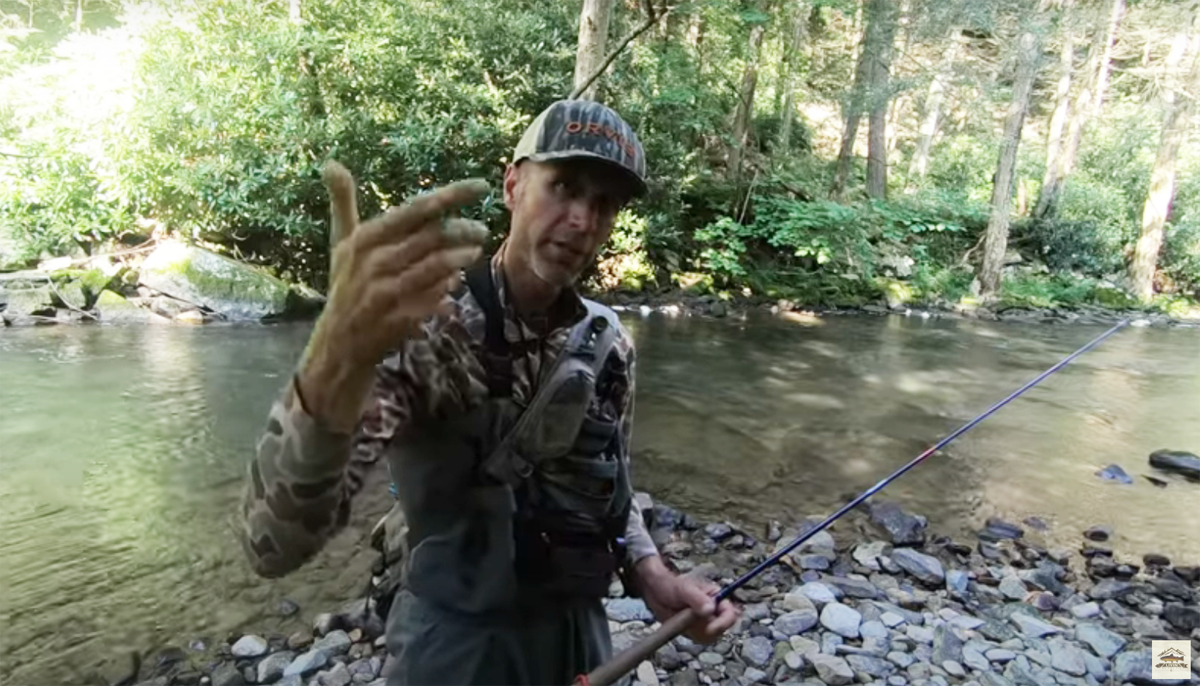 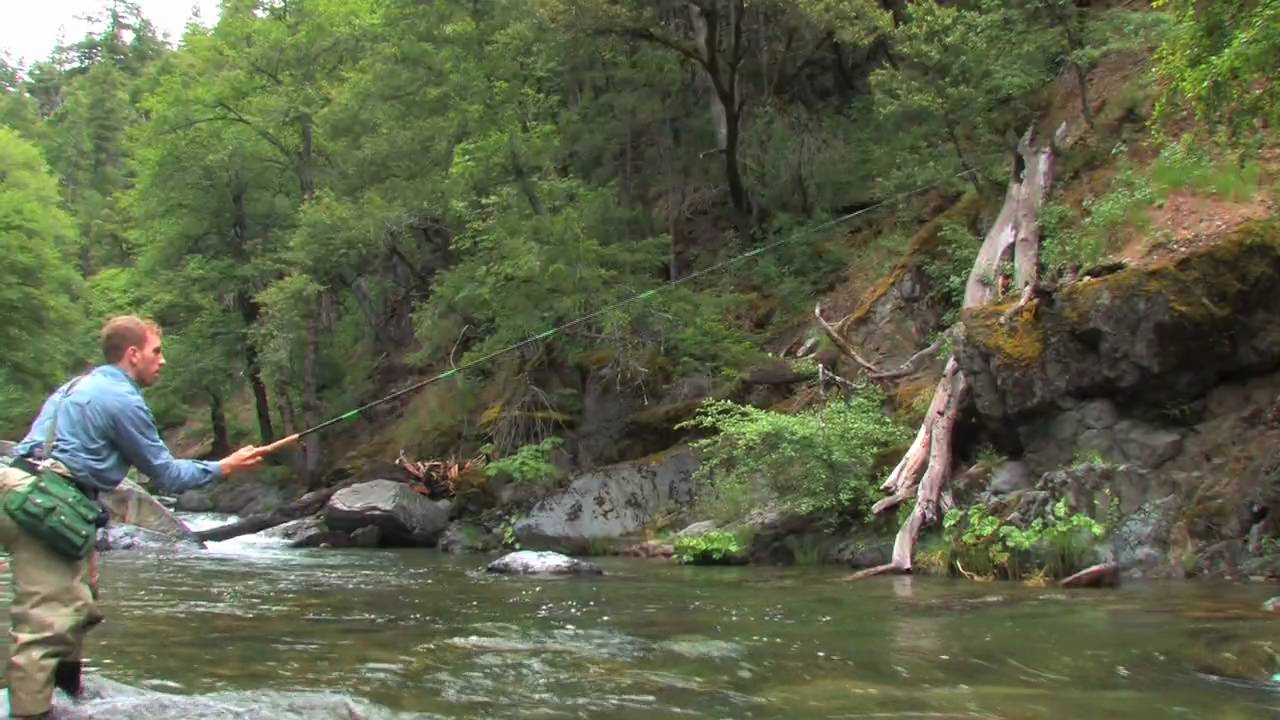 On January 03, 2016, an editorial-length article appeared in Fly Fisherman magazine titled Fly Fishing For Trout: How to catch trout on nymphs, streamers, and drys. It covered just about everything one could encounter while fly fishing for the freshwater fish species belonging to the genera Oncorhynchus – of the family Salmonidae, or more simply put, as the title states, trout.

“. . . you can often get close to the fish—regularly within 30 feet or less.” Those words, within 5,485 words of the staff written article, were convincingly key, especially ‘regularly’ and ‘less’ to finally make my Salmonidae angling pursuits 100% invested in tenkara. All I needed to do was dust off my Amato and make it the go-to fly rod. The fly rod I’d keep on the ready under the front seat of my 26 year old Tacoma. To start fishing now all I would need to do was step out of the truck slip on waders and wade shoes, walk into the stream, pond, or river, pull out the telescoping rod and cast.

Delivering a kebari fly and securing regular Salmonidae catches with streamers, nymphs, and drys was established years ago. And to the more curious kebari anglers, it could also be bonefish, largemouth bass, smallmouth bass, etc. 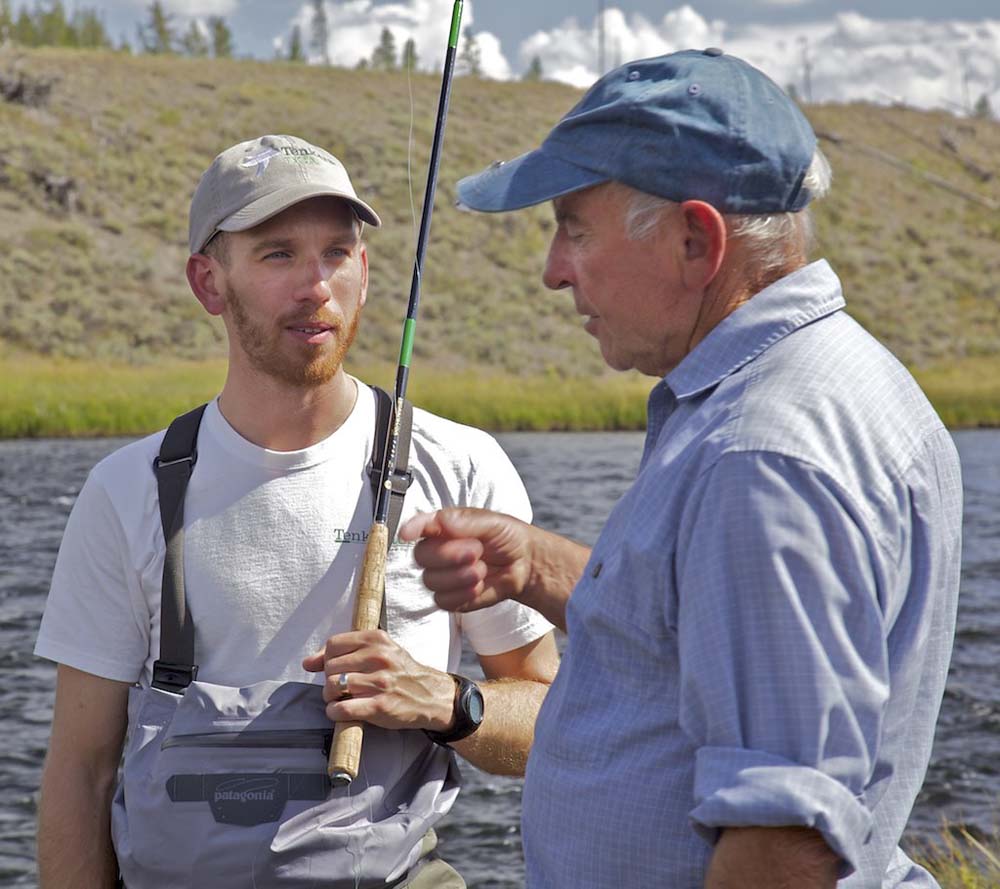 Daniel Galhardo (L), founder of Tenkara USA and Yvon Chouinard, founder of Patagonia. Two of the most forward-looking thinkers, respectively in fly fishing concepts and the preservation of public lands. Photo reddit.com.

Up close and personal

Credible YouTubers’ fly fishing videos about trout fishing, especially those concentrating on expeditions to the American West, Canada, Alaska, Argentina, Chile, and New Zealand, will almost always reveal that big-ass trout can readily get caught at ‘under’ 30-feet away.

Anyone watching a professional tenkara fly fisher cast a kebari fly versus a similarly experienced angler conventionally casting their fly, including spey casting, immediately notices that the two methods are dramatically different. And likely conclude that a conventionally cast fly requires noticeably more effort and coordination. But, on the other hand, a good tenkara cast is not in any way ungraceful nor lacking in need for athleticism, just not nearly as much as double-hauling.

The elegance of casting gets reversed once the contrasting fly types land and get to the business of being fished. With no skin in the fly fishing game, most observers would likely conclude that the tenkara cast fly, called kebari, is a more graceful swimmer. Why? Because the kebari fly can swim through runs atop the water without a trailing fly line, leader, or tippet being tension connected to the water and more easily governed and uselessly swept away by nearby currents.

The Japanese fishing method, tenkara, is more graceful when the kebari fly swims. It creates a more natural presence and thankfully does not require as difficult a casting stroke as a conventionally rigged setup.

The sport of fly fishing can be seductive but giving it a go can have a threatening effect – it’s too complicated, too technical, and too complex. To cast a conventional fly rod for the first time is usually is a disaster. The reality is that it can take a long time to perfect that cast. Then there’s the rod weight, fly lines, tippet, dry and wet flies, and a gazillion gadgets and accouterments that make fly fishers look like walking tinkerers.

For anyone intimidated by traditional fly fishing, tenkara has become a popular overnight alternative for beginners, older people, and those with agility issues and or arthritis. Lastly, it has been perceived as a gateway to “classic” fly fishing. 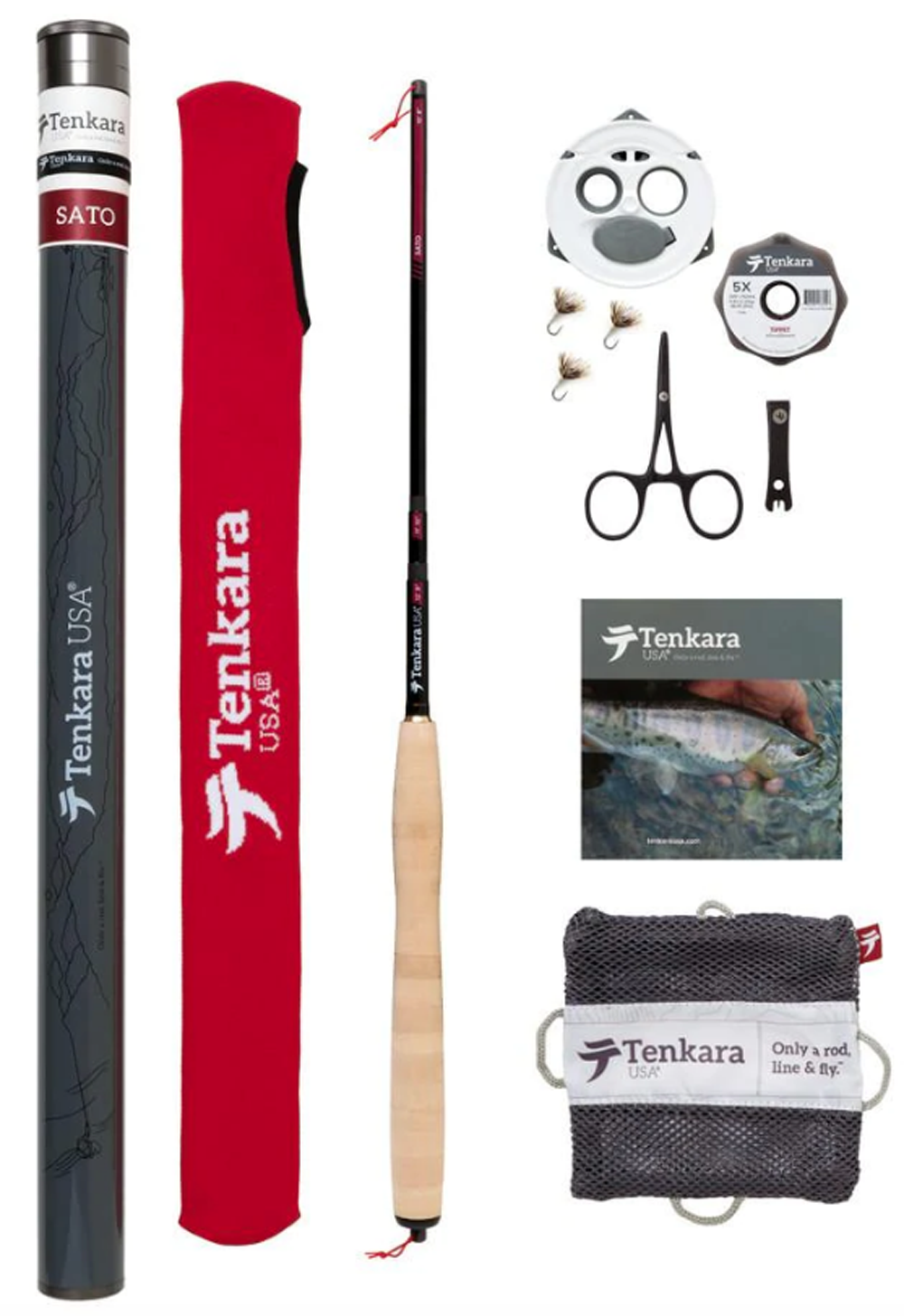 One of the best and most complete tenkara setups someone could buy is from Tenkara USA, Daniel Galhardo’s company. Galhardo, remarkably, single-handedly introduced tenkara fly fishing to the world beyond the shores of the Rising Sun.

In 2022, tenkara is mainstream

While it is all those things expected it would be, it has become mainstream fly fishing. And remarkably, it only requires the following:

So, what fly fishing tools are missing from a complete tenkara setup?

You can’t get more credentialed than George Daniel regarding nymphing and small water fisheries, and he’s on board with tenkara. So, too, Lefty Kreh liked Tenkara but cautioned those who claim one fly and won’t acknowledge its limitations to turn some folks off. In a 2016 interview with Hatch Magazine, he said, “I think we need to make people aware that there are limitations to tenkara just like any other kind of tackle.” But, since there’s so little to learn for skilled conventional fly fishers converting to tenkara, it is a perfect way to enjoy small stream angling and, in some ways, makes tenkara style fly fishing more productive and enjoyable, at least I have found that to be so.