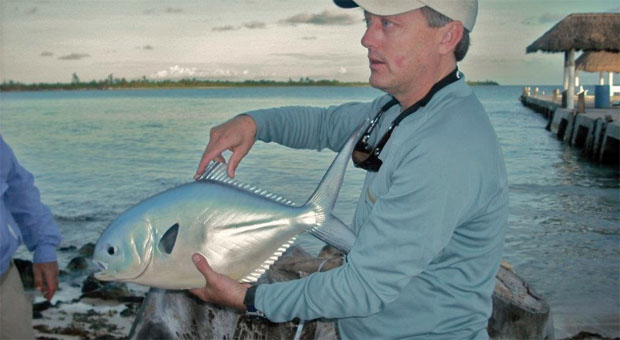 [dropcap]T[/dropcap]he Bonefish & Tarpon Trust (BTT) is a conservation and research group that was founded in 1998 (as “Bonefish & Tarpon Unlimited”). The BTT focuses on bonefish, tarpon and permit, which are the “big three” flats species in the recreational fishing world. On a very small budget ($1.6 million in grants and contributions as of 2014, according to the group’s most recent IRS filing), the BTT punches well above its weight when it comes to impactful research and influence, pioneering and conducting groundbreaking research on these previously under-studied species that has lead directly to beneficial conservation measures.

To be sure, the BTT has friends and donors in high places, like Adolphus Busch IV, Patagonia founder, Yvon Chouinard, and Forbes rich-lister, Bob Rich, as well as companies like Orvis and Bass Pro Shops. But the rubber-meets-the-road work is undertaken by the BTT’s strong staff—led by executive director, Jim McDuffie, a veteran of The Nature Conservancy—and an incredible network of scientists, led by Dr. Aaron Adams, the BTT’s director of science and conservation.

With the flats-fishing season in Florida and the Bahamas starting to heat up, I thought it was a perfect time to check in with Adams and talk a bit about the BTT, its initiatives and the three species it strives to protect.

You guys have accomplished a ton in your 18-year history: You’ve discovered heretofore unknown facts about bonefish life cycles, helped usher in the era of catch and release for bonefish and tarpon and even discovered that permit juvenile nurseries are found solely on sandy windward beaches. Is there one discovery that you’ve made that stands above all others in terms of a “wow” factor? And what’s the most interesting fact you’ve discovered about each of the three species? For the “wow” factor, it’s hard to beat swimming with a school of 10,000 bonefish getting ready to go offshore to spawn. That was a bit surreal. And to know that they go offshore into water thousands of feet deep, and swim down to 200 feet before rushing toward the surface to spawn. That’s so far outside of what we know about bonefish as anglers.

Plus, we’ve been able to use the information on bonefish spawning and habitat use to help get new National Parks declared in the Bahamas to protect these areas. The protections bring it full circle to BTT’s conservation mission.

Finding those juvenile permit the size of a dime along beaches was great, too. It’s pretty wild to hold those tiny permit in the palm of your hand and know that they may grow up to be the cause of nervous breakdowns by anglers on the bows of skiffs.

For tarpon, I am eager to find out the results of our ongoing population genetics study. The study will tell us the extent that we all share the same population of tarpon, or whether there are regional sub-populations of tarpon. This could have big implications for conservation. We should know the answer by the end of 2016. What are the biggest threats facing each of the three species?

Although the continued harvest of all three species continues in at least a portion of their geographical ranges, I think the biggest threat for bonefish and tarpon is habitat loss and degradation. For example, Florida has lost close to 50% of its mangroves, which are important juvenile tarpon habitat. We’re working to restore these habitats, but much of the loss can’t be restored. Bonefish are certainly suffering from the ongoing seagrass die-off in Florida Bay that is resulting from water mismanagement in the Florida Everglades—just like they did when there was a seagrass die-off in the early 1990s. For permit, we’re most concerned about harvest. When they go offshore to wrecks and reefs to spawn, they are very susceptible to fishing—they are generally not picky like they are on the flats. It seems that in some areas there is a pretty intense harvest, and in other areas a lot of permit are lost to predators.

Which species is the most threatened?

In some areas the tarpon population seems to be down. The ongoing mess in the Everglades is likely having a negative impact. But there is also harvest of tarpon in some regions. The results of the tarpon genetics study will tell us how important problems in other regions may be. But the concern is that since tarpon live so long (to 80 years) and take so long to become sexually mature (about 10 years), it will take the population a long time to recover.

We know that the bonefish populations in Florida have been in trouble over the last few years. I’ve heard some reports (anecdotally) that, perhaps, there are some signs for some hope now. Is that true? And, if so, what’s changed?

There are numerous reports of schools of small bonefish (2-3 pounds) in the middle and upper Keys in the past year or so. The habitats and water quality certainly haven’t changed for the better in the past couple of years, so those likely aren’t factors. They must have come in as larvae about 2 to 3 years ago. It’s a big mystery that we’re investigating. But in order for this to be thought of as a bit of a population recovery, we’ll have to continue to see more small fish continue to come into the fishery for the next few years, and for the small fish of today grow and contribute to the fishery. So I think the jury is still out. In any case, we still have to determine what caused the large population decline in the first place. This is the only way we’ll be able to fix the problem and prevent it from happening again.

Explain the possible relationship between Cuba and bonefish in Florida.