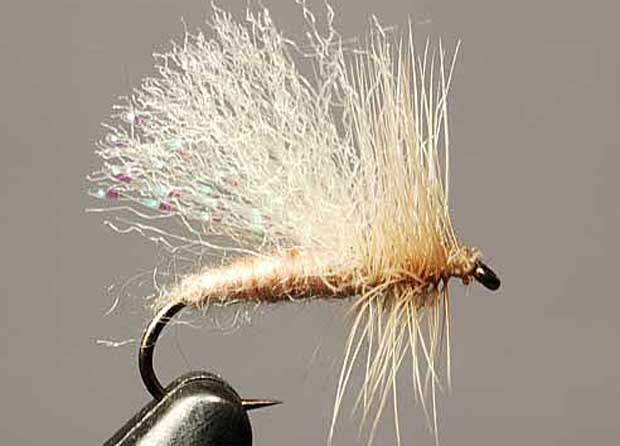 Chuck Furimsky, Director and CEO of The Fly Fishing Show:  Chuck has been the director of the Fly Fishing Show since day one.  He founded the Fly Fishing Show with his partner, Barry Serviente, nearly 20 years ago.  Chuck formed a fly fishing show held at Seven Spring Mountain Resort in Pennsylvania in 1986.  Several years later he met Barry, who was running as small fly fishing and book show in central Pennsylvania. Together they came up with the idea of a fly fishing only show to be held in Somerset, New Jersey.  The event was so well attended that the fire marshal shut the doors to any additional people.  Today, the Somerset location is the largest fly fishing specific show in the world and the Fly Fishing Show has expanded to locations nation wide. Barry retired in 2008.The current Fly Fising Shows run continuously throughout the winter months with the following stops: Winston-Salem, North Carolina: Denver, Colorado; Marlborough, Massachusetts; Lynnwood, Washington; Lancaster, Pennsylvania; Pleasanton, California and Somerset, New Jersey.

Chuck is an avid fly fisherman and fly tier. He is the sole director of the International Fly Tyers Symposium. He designs flies for Raineys Flies, and had developed a tying material made from leather called Bugskin.  He began fishing as a young boy in McKeesport, Pennsylvania and developed his fly fishing skills under the late, great George Harvey while attending Penn State.  He never misses the opening day of trout season in PA and enjoys a calm day at sea on his boat “Ole Man Winter.” Skip Morris, author, angler, craftsman and fly tyer.  Skip Morris is among the most prolific fly-fishing and fly-tying authors alive – his name is known to anglers around the world.

His videos and DVD’s range from instruction for tying nymphs, to tying bass flies, to tying and fishing flies for sea-run cutthroat trout.

Skip has published over 200 articles in magazines from Fly Fisherman to American Angler. For three years he was among the hosts of the “Fly-Fish Television Magazine” show.

As a speaker and clinician, Skip is well-known as an entertaining, concise, and knowledgeable presenter, with a sly sense of humor and an easygoing manner that draws in the audience. Tom Rosebauer almost single-handedly took ORVIS from being known as a doggy bed and fine womens and mens clothier company to its present status of being a serious fly fishing company producing some of the best and most popular fly angling gear in the world.

Tom Rosenbauer, host of the Orvis Fly Fishing Podcasts, has been with the Orvis Company over 30 years, and while there has been a fishing school instructor, copywriter, public relations director, merchandise manager, and was editor of The Orvis News for 10 years. He is currently Marketing Director for Orvis Rod and Tackle. As merchandise manager, web merchandiser, and catalog director, the titles under his direction have won numerous Gold Medals in the Annual Catalog Age Awards.

Tom has been a fly fisher for over 35 years, and was a commercial fly tier by age 14. He has fished extensively across North America and has also fished on Christmas Island, the Bahamas, in Kamchatka, and on the fabled English chalk streams. He is credited with bringing Bead-Head flies to North America, and is the inventor of the Big Eye hook, Magnetic Net Retriever, and tungsten beads for fly tying.

He has ten fly fishing books in print, including The Orvis Fly-Fishing Guide, Reading Trout Streams, Prospecting for Trout, Casting Illusions, Fly-Fishing in America, Approach and Presentation, Trout Foods and Their Imitations; Nymphing Techniques; Leaders, Knots, and Tippets, The Orvis Guide to Dry-Fly Techniques, and The Orvis Fly-Tying Guide, which won a 2001 National Outdoor Book Award. He has also been published in Field & Stream, Outdoor Life, Catalog Age, Fly Fisherman, Gray’s Sporting Journal, Sporting Classics, Fly Rod & Reel, Audubon, and others. He lives in southern Vermont on the banks of his favorite trout stream.

Tom was Fly Rod & Reel magazine’s 2011 Angler of the Year! To quote the magazine: “People who meet him know this: Rosenbauer is as valid a fly fisherman as they come – honest, approachable, generous, dedicated, and enthusiastic. It’s that kind of enthusiasm and the written and verbal legacy he is providing that make Tom Rosenbauer Fly Rod & Reel’s 2011 Angler of the Year.” Brian Chan has been fortunate enough to live and work for the past 35 years in Kamloops, British Columbia. Kamloops is world famous for its rainbow trout, being strategically situated in the centre of hundreds of productive stillwater trout lakes. It is often referred to as the “Yellowstone of the North.” It is here that Brian, as a provincial fisheries biologist, managed the recreational stillwater trout fisheries in the Thompson/Nicola Region, and developed his fishing skills.

Brian’s lifelong passion for fly fishing has resulted in his spending literally thousands of angling days on these world class waters. He has shared his extensive knowledge of aquatic biology, trout ecology, entomology, and lake fly fishing tactics with others, through a number of magazine articles, books, and instructional DVDs on fly fishing. Brian has been featured on many TV fishing shows and is currently a regular guest on Sport Fishing on the Fly and co-host of The New Fly Fisher.

Over the years, Brian Chan has delivered many stillwater fly fishing seminars making him a much sought after speaker throughout North America. He is now taking the seminar theme one step farther by offering personalized guiding services on his home waters.

Brian enjoys introducing new fly fishers to this sport, getting them “hooked” on his lifelong passion, as much as he enjoys helping to refine the skills of even the most advanced stillwater anglers.

Phil Rowley has been fly fishing for over 30 years.  His love of fly fishing has taken him across North America in pursuit of trout, Atlantic and Pacific salmon, char, pike, walleye and numerous other species on the fly. But Phil is best known for his stillwater exploits.

A former commercial fly tyer, Phil has written for almost every major fly fishing publication in North America. He has authored three books and numerous feature articles and two regular columns.  Phil’s first book Fly Patterns for Stillwaters is a best seller.   In addition to his writing, Phil has four instructional DVD’s.  In 2007, Phil was a member of the gold medal winning team at the Canadian Fly Fishing championships.

Phil has appeared on a number of T.V. shows including, BC Outdoors Sports Fishing, Sport Fishing B.C., Fishing Alberta, Fishing with Shelly and Courtney and Let’s Go Outdoors. Phil is presently one of the co-hosts of the New Fly Fisher, an educational fly fishing production.