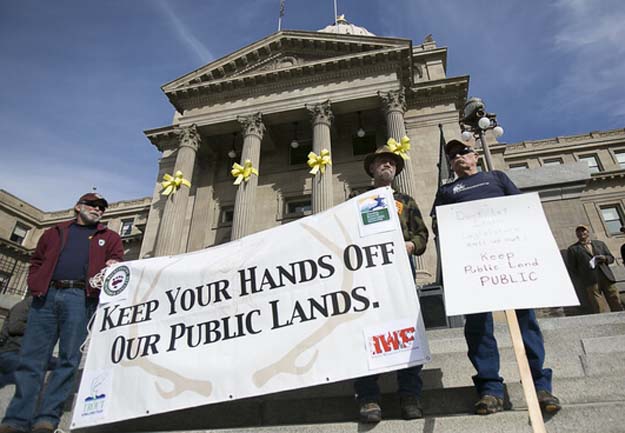 Public Lands Series: Beware of those who want what’s yours

Public lands takeover: How is this still a thing?

If you care about public land, get ready to fight for it 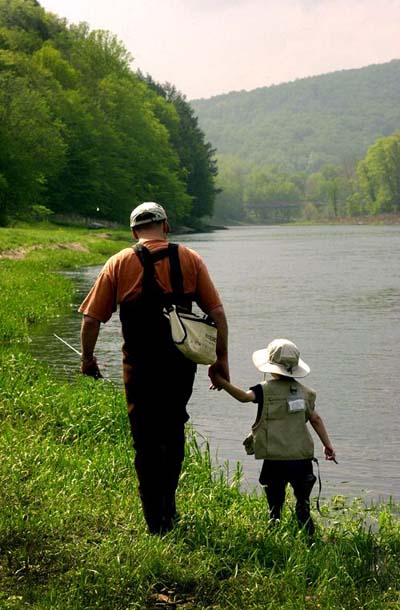 [dropcap]O[/dropcap]ne day this past summer during a family trip to the mountains of Colorado, my son and I parked at a trailhead, slipped into our backpacks, grabbed our fly rod cases, and began a seven-mile hike to a small, isolated subalpine stream high in the Rocky Mountain backcountry, into a land that seemed worlds away from our home landscape on the Oklahoma prairie. The goal – ambitious by our non-resident, flatlander standards – was to catch (and immediately release) native cutthroat trout.

But we were not there just to catch fish. We were also there to cast our lines into the current of history, to slip our hands into the cold, rushing water and take possession – however briefly – of a potent, living symbol of unadulterated wild America and the storied public land legacy it represents. We were there to partake in the kind of experience that is, by any measurable definition, priceless, but an experience to which every single one of us has entry paid in full. Every footstep we took on that hike, every tree under which we passed, every mile of stream we fished, all belonged to us.

It didn’t matter that we had driven 600 miles from the plains of Oklahoma. It didn’t matter that we’d never laid eyes on this place, or walked its trails, or cast a line on its waters. It was ours, in all its glory, and without a fence or locked gate or a no trespassing sign to be found anywhere; just mile after mile of heartbreaking beauty sitting there waiting to be discovered. It was ours because we’re Americans, and public lands define the essence of who we are.

I ask you, what is more American than that? Our public lands, our collectively-owned natural resources, are the physical manifestation of who we are, what we aspire to be. But there are forces hard at work trying to take them away, to “give them back” as they like to claim. Give them back to whom, exactly? The last time I left dusty boot prints on some lonely, windswept high plains prairie as I followed my dogs in search of birds, I already held title to the land I was hunting, just by being an American.

So I’m not sure who they’re talking about when they say they’re going to “give it back,” but I am pretty sure they don’t mean you, or me. The forces working to “divest” or “return” or simply steal the 640 million acres you and I already own don’t see public land in the same light we do. What we see as a cherished public trust, to be protected, enjoyed by all, and passed on for future generations, they see as something to be exploited, now, for the benefit of the few.

I shot my first bobwhite quail on a patch of public Oklahoma prairie. My first sage grouse came on a piece of windswept Montana BLM land. My first trout was hooked in a northern New Mexico stream. I have chased birds and dogs and fish and dreams across dozens of states. I have experienced wonders and made memories untold. And the only way I have ever been able to do that, and continue to be able to do that, is due to the existence of our public lands. And I am not alone. There are only two types of Americans: those who already have cherished public land experiences, and those who still have the opportunity to make them. Let’s make sure we will always have both.

This is not a liberal versus conservative issue. It is not a Republican versus Democrat issue. It is, at its core, an American ideals versus anti-American ideals issue. It is the calculated and cynical trashing of the concept of public lands held in the public trust for the public good. It is an all-out assault on the egalitarian principles that have fundamentally shaped who we are as Americans. And it is an absolutely existential threat to the future of hunting, fishing and other public land recreation as we know it and enjoy it today.

If you want to buy into a future espoused by the proponents of privatization, a future where you and I are locked out of what we, as Americans, once owned, and indeed what helped define us as Americans, there’s really not much I have to say, other than I fervently hope your vision of America loses.
Greenback cutthroat trout- Rocky Mountain National Park

But if you don’t buy into it, if you think our public lands are an integral part of who we are and are worth saving, then fight for them. Vote. Speak up. Raise hell. Call out falsehoods when you see them. Call out liars when you hear them. Ask your candidates to sign the pledge that the National Wildlife Federation and over 40 other conservation, hunting, fishing, and outdoors trade groups have already signed and are urging candidates to sign as well.

What is this pledge? It is a simple, straightforward document that states, in unequivocal terms, whoever signs is committed to opposing any large-scale efforts to sell or transfer ownership or management of our federal public lands to state, local, or private interests. In short, it’s a promise to keep our public lands public. And if a candidate refuses to sign something as simple as that, perhaps we need to start asking why.

If you care about public land, and believe they’re a fundamental, vitally important part of our national character, then you better get ready to fight for them, because it doesn’t matter if they’re tiny little state parks, state or national forest lands, national grasslands, BLM, or the city park at the end of the block: If it belongs to all of us, you can bet there’s someone out there trying their hardest to make it belong to none of us.

Take the pledge for public lands, and ask your candidates to do the same. To get involved go to . . .

See more at Hatch Magazine and join their readership here . . .

Here are a few of the more powerful DECEIVERS to watch out for. They are heavily funded by extraction, logging, and developer interests. They sell love “America” but mean SELL YOU OUT AMERICA: American Lands Council  and American Legislative Exchange Council

Chad Love is an Oklahoma-based freelance writer specializing in outdoors, natural resource, and conservation issues who has written for a wide variety of regional and national publications. He is an avid and lifelong angler and bird hunter, but without the benefit of public lands to nurture those passions would most likely have ended up a lifelong couch potato instead, or worse, a golfer. He lives in Woodward, Oklahoma with his wife, two sons, two English setters, and a Chesapeake Bay retriever.