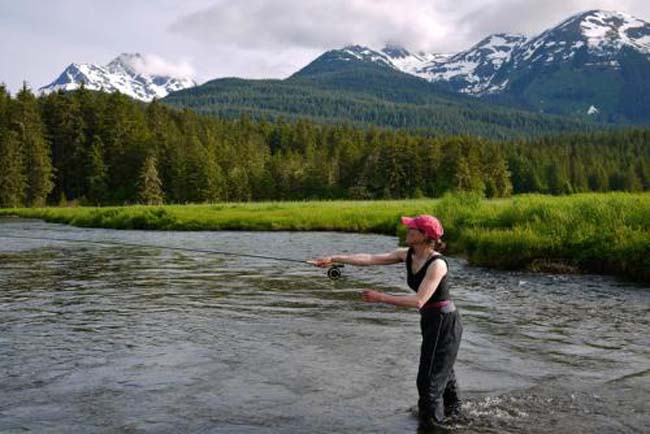 With public-land agencies weakening their stance on habitat mitigation, sportsmen and women may see unnecessary loss of habitat and opportunity.

[dropcap]W[/dropcap]e accept that energy development is a necessary activity that, quite literally, powers our lives. But the conversation about where it should occur becomes more complicated when there could be a risk to fish and wildlife resources that power our hunting and fishing opportunities.

For years, there has been a kind of regulatory backstop to ensure that unnecessary impacts to habitat are avoided or compensated for. This is called mitigation, and the Department of the Interior just made changes that would weaken this foundational conservation tool.

If you’re familiar with our favorite metaphor for how mitigation works, the DOI just spilled your beer and walked away without a second thought.

At the center of DOI’s argument for these changes is that the department and its agencies have no legal authority to require mitigation. That may be true in a purely legal context, but the BLM most certainly has the authority and ample discretion to require developers to avoid, minimize, and even compensate for habitat impacts under the Federal Land Policy and Management Act, the National Environmental Protection Act (better known as NEPA), and other statutes governing federal land management and development on these lands.

Application of the full mitigation hierarchy is critical for the BLM to achieve its multiple-use and land health standards mandated by federal policy and statute. And if the agency would like to avoid pushing developers for compensation after damage occurs, there’s a real incentive to do better up-front planning to avoid impacts in the first place—which is what we all want.

Taking away the last line of defense for fish and wildlife only creates a wildly uneven playing field: Inevitably there will still be developers who want to do the right thing and mitigate for damages, but the door will be open for bad actors to simply ignore the costs of doing business on our public lands. The DOI has stated that the policy changes won’t affect state mitigation policies, but most states do not require mitigation. Perhaps it’s time for state legislatures and Congress to consider codifying legal requirements for mitigation, as political swings and varying interpretations of policy and law have clearly taken us many steps backward in balancing our management of public lands and energy development.”

What Does This Mean for Habitat?

Quite simply, from this point forward, if a development project can’t avoid damage to habitat on public land through early planning, or minimize its impacts during construction, then there will be no requirement to compensate for those damages. On the ground, this means loss of habitat or its quality—plain and simple.

Spilled beer can’t be un-spilled, just like some habitat can’t be unspoiled. But, now, the BLM won’t hold developers accountable to even try to make up for the hunting and fishing opportunities they may have cost you on your public lands. We can never hope for a net positive, or net zero, for fish and wildlife if this is the way that DOI does its math. We will always be losing ground where impacts occur and are not mitigated.