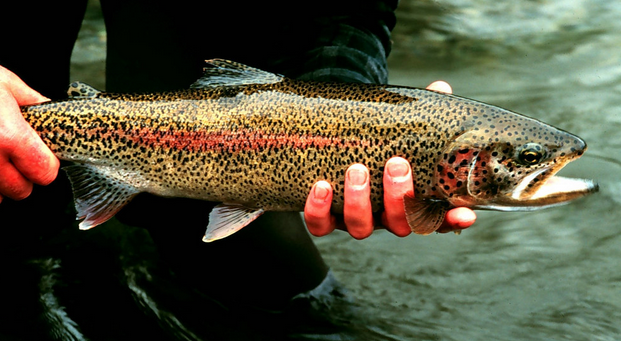 Rainbows being given the boot

Prized non-native trout are getting the ouster from the Snake’s South Fork, and fishery administrators are asking for acceptance.

By Mike Koshmrl for Jackson Hole News and Guide

Every bit of 4 pounds and easily clearing 20 inches long, the ruddy-cheeked spotted wild salmonid had been subdued with electricity and then strategically hoisted with a net from the prized waters in the South Fork of the Snake River. Its next stop, before a dinner plate, was a decidedly tamer environment: the oval-shaped Trail Creek Fishing Pond dug from the base of Teton Pass near Victor. 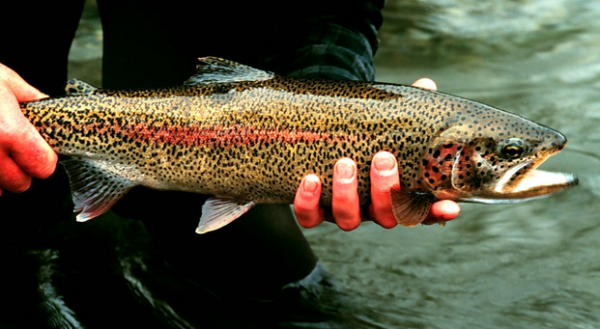 “This is a nice fish,” said Kennedy, a new regional fisheries biologist for the Idaho Department of Fish and Game. “And it’s an important fish for the guides. If a client caught that fish, they wouldn’t want to bonk it, that’s for sure.

“You can understand the controversy,” he said.

The life history of the trophy trout sealed its fate. Every spring, cutthroat and rainbow trout mingling in the South Fork spawn batches of fry that hybridize. The strain of fish that results — including the one in Kennedy’s hands — is a cross called a “cutbow,” a variation of native and exotic trout that now must go, at least when Idaho Fish and Game fisheries crews get ahold of them.

Last Thursday alone that happened 338 times to cutbows and full-blooded rainbows in a stretch of the South Fork just downstream of where Highway 26 climbs up onto the agricultural plain leading out of Swan Valley. Over the course of this spring perhaps 5,000 rainbows will be immobilized with electricity, netted and hauled away to six put-and-take fishing ponds that dot southeast Idaho. The effort to selectively remove rainbow trout is the next step of a controversial, challenging and likely long-lasting effort to prop up the Yellowstone cutthroat, the South Fork’s native trout that dominated the fishery as recently as the turn of the century.