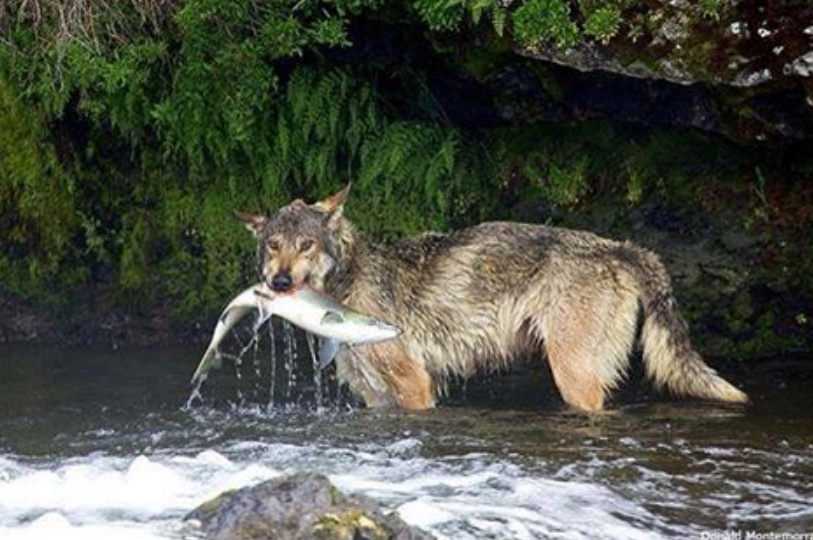 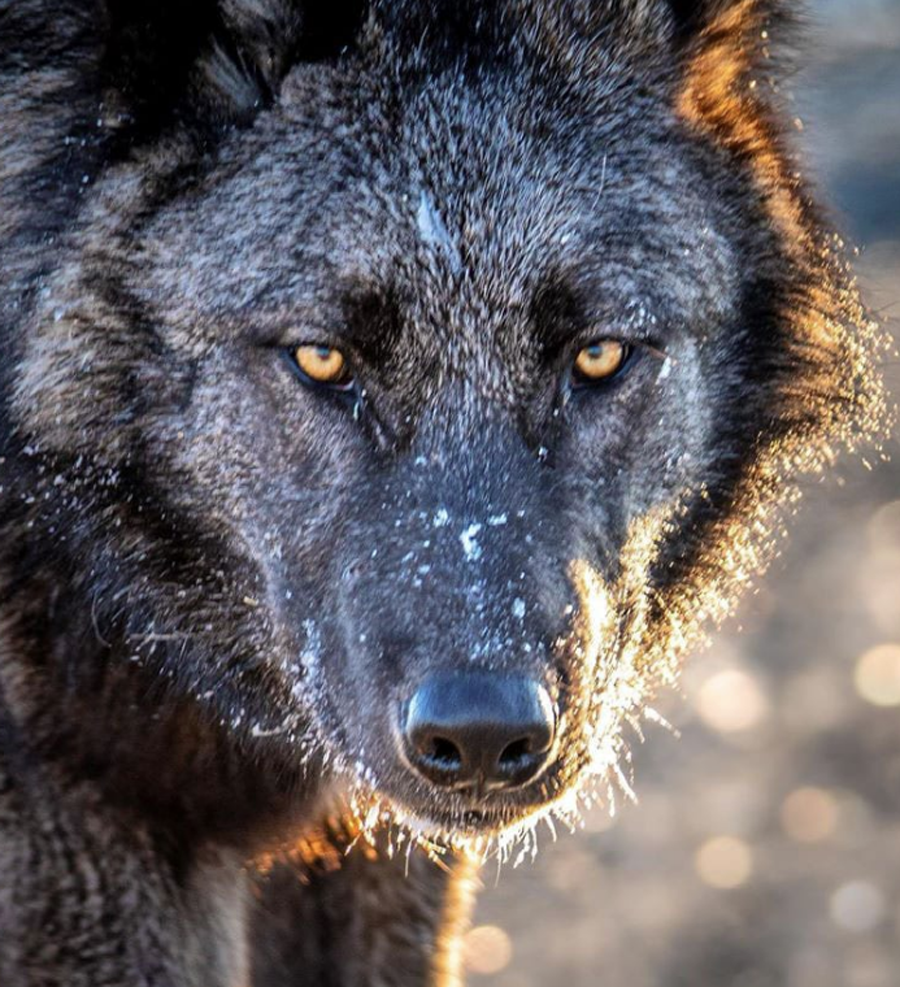 Image by WolfWatcher. In just one day the video garnered nearly 20,000 shares. Wolf Catches Salmon at Brooks Falls. On the Alaska Peninsula, salmon constitute a significant portion of a wolf’s summer diet. This video, taken at Brooks Falls in July 2007, captures footage of a wolf who was particularly skilled at fishing. Bears aren’t the only animals that fish for salmon! Video shot Brooks falls – Katmai National Park and Preserve.

A wolf lopes up to Brooks Falls in Alaska’s Katmai National Park where a brown bear is fishing in the rushing water. The wolf quickly snatches a gleaming salmon out of the spray before leaping up the embankment and away with its catch.

While wolves are seen at Brooks Falls every summer, usually they’re just passing through, said Mike Fitz, a visual communication specialist at the park who uploaded the footage yesterday to the park’s Facebook page.  Occasionally they are seen feeding on fish scraps in the river, but spotting live salmon catches is rare.

“It was pretty unique to see this wolf fishing right next to the bears,” Fitz said in a telephone interview with Sierra.

That wolf came back many times throughout the day to fish, dragging its bounty back up the hillside after each catch.

In the video the brown bear doesn’t show much interest in the wolf, but that’s not always the case, Fitz said.

“There can be conflict. The bears are pretty good at recognizing when there’s a serious threat to any resources they want. So the bear that’s in the video, it was catching a lot of fish at that one spot so it really didn’t need to move the wolf out of the way because it was finding plenty of food swimming up to its feet.”

The footage was shot by park staff back in 2007. Fitz said he dug the video out of the archives to share because he wanted people to see that wolves don’t always go for big game.

“It’s probably the most viral thing I’ve ever put up on the internet,” Fitz said.

Anyone hoping to have their own bear and wolf sightings at Katmai National Park should plan their trip for the summer when the animals regularly feed out in the open.