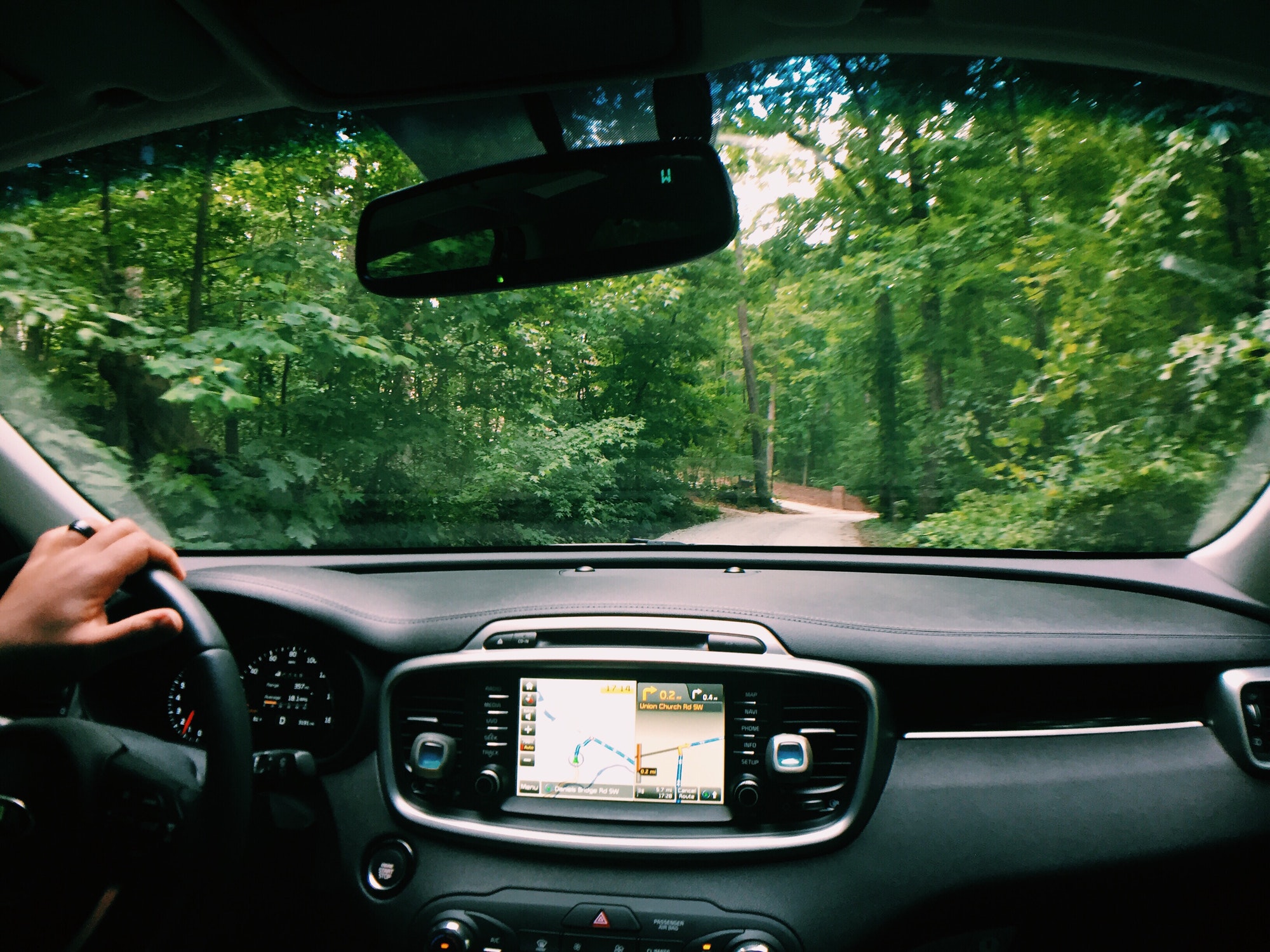 Refuse staying in your lane when it comes to ideas 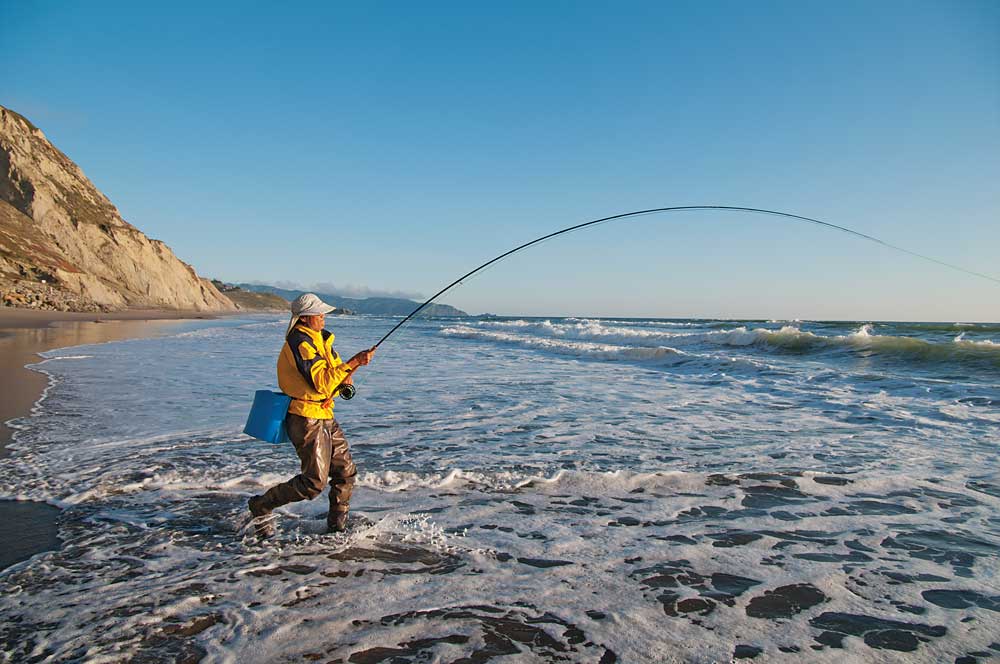 Photo by Surf fly Fishing for Perch Setup in California.

Being retired and losing all my angling partners to the big trout stream in the sky or their preferred endless bonefish flats left me stranded. I was out of the destination travel business I once enjoyed with a half dozen guys from all walks of life over almost 50 years.

At this point in my life, I thought settling in on my Wind River Range Wyoming home would be all I needed to satiate my angling needs. I was sure it would be enough because it’s so rich in vastness, trouts, hunting, and the raw beauty of wildernesses. And maybe the best part is that it is not populated. My nearest neighbor is 30 minutes away when the roads allow 40 mph.

As time wore on

I soon realized that what I missed equally was travel, not coming home every day but relishing instead the new flavor of where I was. Drinking it all in with childlike fascination and thrilled at what tomorrow’s prospects would bring on landscapes where a narwhal whale more likely to be seen than someone else fishing.

I had aged well enough to know I did not need to go again to remarkable places my friends or I had fished like Seychelles, Pantanal, Mongolia, New Zealand, Argentina, Sweden, and Russia. So instead, Canada, Alaska, the US, Baja, Mexico; Yucatan, Mexico, and Atlantic Mexico would keep me busy before my trip in the sky.

I had become a YouTube junky and began watching RV shows, promotions, reviews, and introductions of new and beyond belief RVs. I had owned a class B and lived in a small class C for nearly five months while on a retirement sabbatical in New Zealand. I knew class Bs and small class Cs coming out of the RV Meca in Indiana would be precisely like my AMF made Harley. I’d need a repair truck to follow me around, or I’d have to be a mechanic, electrician, and plumber and own a garage full of tools.

People want their own space

Then I watched a new trend develop in the B class RVs, the type I was considering for a year and a half. There was breaking away from the junk coming out of Indiana. It was still an embrace of cargo van conversions, principally, Dodge Ram Promaster, Mercedes Sprinter, and Ford Transit. But the DIY community morphed into a cottage industry, and the transformations they produced were stunning, and still are, and the acceptance like the gold rush it remains to be today. People wanted their own space built by themselves or other more skilled craftsmen and women.

These individual craftsmen became small industry conversion van companies run by brilliant gals and guys with a half dozen to more employees. These entrepreneurs became the preferred small RV makers. The market exploded, prices rose, and deliveries stretched out because of Covid.

Few in Elkhart have cared to figure out what is going on and do not care because business is booming. But unfortunately, trailers are falling apart before they make the dealer lots. Don’t trash the Chinese for junk, Elkhart is our China.

Newbies are furious, but big money in on the gold rush, so it’s shut up and dribble for the little guy complaining. NOTE: There are pockets of industry RV producers who have stepped up and cleaned out the garbage the industry is noted for, overpriced gaudy junk. The western states and Canadian companies seem to be leading the changeover to quality. 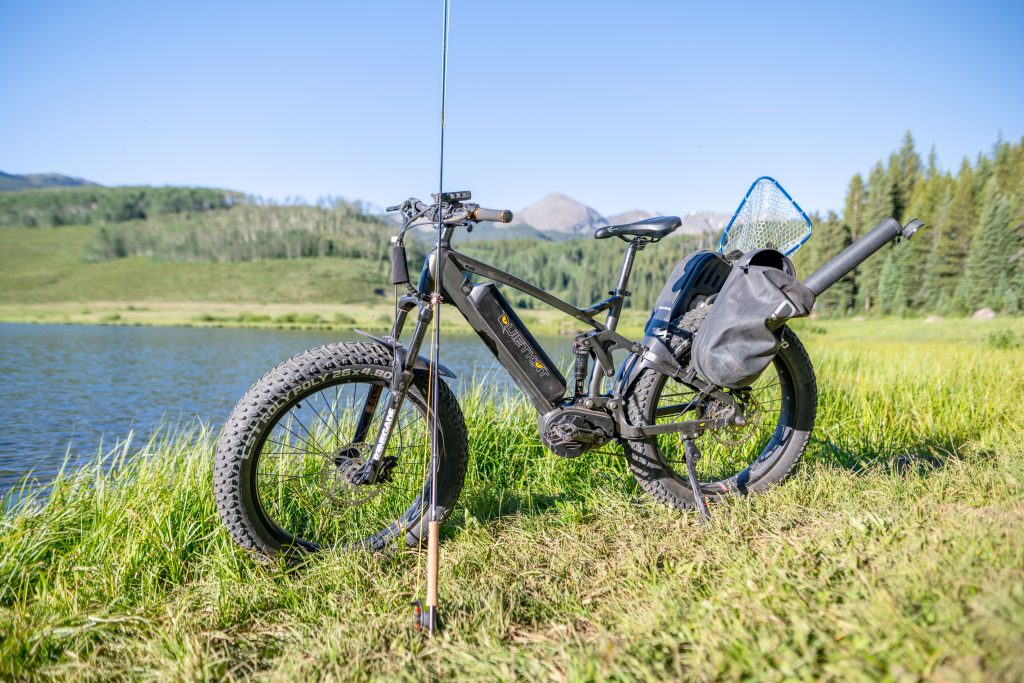 Throw an eBike on the hitch of your DIY truck camper, and you could see acres of fly fishing possibilities each day that would be unattainable on foot or accessible by 4X4. It’s like flying out from a lodge each day, covering miles and miles of new water at no cost to you. Image by Frank Sargeant, editor The Fishing Wire. Most fold-up eBikes are in the $1,500 to $2,000 range. For example, RadMini 4 . . .

Today, the van conversion market is overpriced – no matter the maker

A used Mercedes Sprinter 170, Extended, 4×4, RV, converted could cost north of $100K for a used rig with all the bells and whistles and 70,000 odometer readings. The complexity of the systems within the builds of some conversions suggests the owner be well-versed in many systems. A breakdown in the Canadian wilderness with no signal and no traffic for weeks could put RV adventurers in harm’s way and has.

Some want to go another direction, one that they controlled, pure DIY

I am not a craftsman – as far from it as possible. I designed and built things; I knew systems and workflows, banking, money, and markets – it was my job. But, I was not a hands-on person.

The trend on YouTube that poked out at me was, first, converting soccer mom vans like Toyota Sienna with AWD, Honda  Odyssey, Chrysler Pacifica, and Dodge Caravan and Plymouth Voyager. The Sienna is the stand-alone best of the bunch because of larger interior space and being AWD, but they all have pretty testy cons.

Second, within the scope of easy DIY conversions is the Chevrolet Suburban and its copied platform by Cadillac Escalade, GMC Yukon XL, and Denali – even Ford’s much-improved Expedition. The Suburbans have been around since the Depression, and thousands of them are still on the road. So buying one with well north or 100,000 odometer miles is not much of a gamble. Converting a Suburban can be a big project, but simplified an easy project, like soccer mom vans.

With the Suburban conversion [simplified], take out the third-row seats, fold down the second-row seats, fit a 4’X84’X8 sheet of plywood to make a one-piece floor, and anchor both cubby sides to the floor. One side serves as a bed, the other as the counter and drawers. With a Solar Generator, you’ll have all the electricity you’ll need. Add solar panels to the roof, and ”technically” you could live out your life with all the juice you’d ever need, and with modern-day water purifiers, well, you get the point.

Plenty of room in the truck camper for a fishing buddy. Photo Envato.

The Silverado, Ford, Ram, and Toyota pickups offer another DIY conversion option by adding a topper or truck cap. Truck caps are plentiful and cheap, but they are flawed like the RV industry; they make junk. These drawbacks are not liveable and must be addressed in every build-out.

One, they are all notorious for leaking water and dust. Truck caps leak profusely at the rear window hatch and tailgate with an additional concern for side windows and at the lockdown point to the truck itself. These insults are fixable without too much aftermarket hassle. Secondly, no truck cap on the market has insulation worth mentioning, which is again fixable, but there is a considerable loss of interior space.

Letting the weather dictate your outings because of no insulation is an option but foolish. The third issue is an annoyance; you can only ingress and egress the interior of a truck cap via the tailgate, and I feel a safety issue – getting away.

What is the purpose of converting vans, SUVs, and pickup trucks to long-term campers?

The whole purpose of the build is to hit the road, camp out on county, state, or federal lands [dispersed camping] and fly fish DIY or be guided if not knowing where the bodies are buried and searching would be too time-consuming, even dangerous alone.

The RV craze is attracting new, young customers to the outdoor industry. Unfortunately, it shows signs of infrastructure stress, crowding, and poor behavior, causing a rejection of boondockers. But on the flip side, this over presence of RVers has opened up stays at farms, vineyards, or individual driveways in small towns and some cases, cities.

The idea to do this fishing destination on a friendly budget and fun is not part of the RV fad, but since game fish live in nice places, there will be campers at great fishing holes throughout the US and Canada.

The good idea is to test your tolerance for this ”Glamping” and fly fishing adventure on several weekends. There are dozens of RV rental places scattered throughout the US and Canada, as well as a plethora of RV Parks.

Keep in mind, with your self-sufficient and self-built rig; you can go fishing for weeks at a time without paying for accommodations of any kind nor pay restaurant or bar tabs. Finally, and most importantly, not being time-limited by an outfitter or lodge – leave at 7:30 am and quit at 3:30 pm.

No game in town more nuanced than fly fishing

Even if you do tie flies, it’s important to always stop at local fly shops, and if there’s more than one – all of them. Like your home fly shop, some good information flows most effortlessly when buying a few locally tied flies. Relying on local fly shops, as you know, is especially valuable if you’re well beyond your border knowledge. Things like the ebb and flow of coastal tidal creeks, the significance of weather reports, and interior freshwater hatches are crucial to success in unfamiliar coordinates.

TJ comes from the backcountry, Wyoming. He attended Colorado School of Mines and spent six years in the Army, which were served as two tours in Afghanistan. He’s a decorated Captain. His trade is blowing things up – legally. He writes under another ‘nom de plume’ you would recognize, builds fly rods, and ties flies so beautifully that I never fished them. He lives in Florida City, Florida, on 4-acres with his wife, their three dogs, four cats, and a sturdy, stand-alone garage no one is ever invited to see.