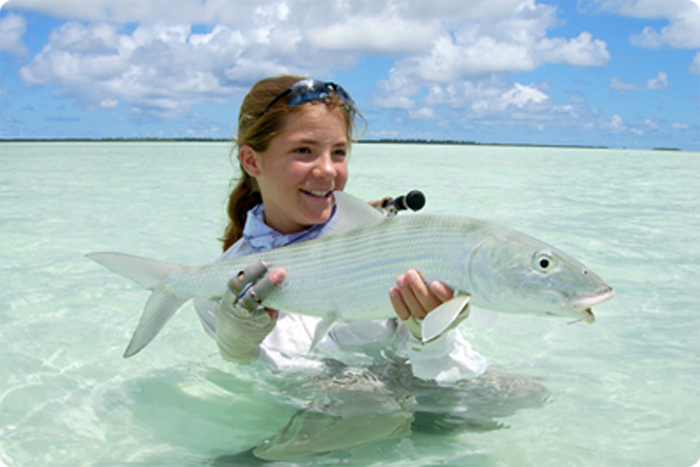 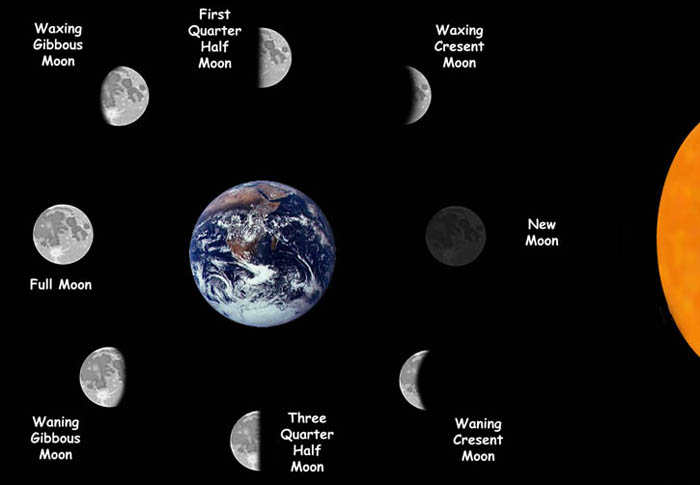 [dropcap]…[/dropcap]ith tarpon season here and so much to do while changing Fly Life Magazine.com from a page flip to an interactive magazine on a WordPress platform, no one had time to finish a book and review it. Serendipitously, a friend introduced us to Tom Rosenbauer’s (ORVIS) October 13, 2011 podcast-interview with Bonefish & Tarpon Trust’s Dr. Aaron Adams. It was a lengthy discourse on tides and their effects on a bonefish.  It was fascinating. There’s more to tides than I ever thought. Capt. Andrew Derr and I spent months hammering out a section on tides in our book (Fly Fishing the Florida Keys). Here’s the paper that Aaron wrote and we’ll bet you dollars to donuts that you’ll re-read it. Click here to listen to Aaron on ORVIS’ podcast. Click here to learn more about the Bonefish & Tarpon Trust, you’ll be glad you did.

At any given time, only 10% of the fishable water harbors bonefish. So figuring out how to eliminate the fishless 90% from your search area is half the battle. Understanding how bonefish use tides to their advantage will go a long way toward finding the productive 10%.

A full description of tides is beyond the scope of this article, but it is important to know a few basics. First, tides can be broken into spring tides and neap tides. Spring tides are when the difference between high and low tides is the greatest, and when the highest high and lowest low tides occur. Spring tides are associated with the full and new moons. Neap tides occur with the quarter moons, and are when there is the least difference between high and low tides. There tends to be less water moving during neap tides, and some areas that are flooded during spring tides stay dry, or barely get covered, during neap tides. Within the monthly tidal cycle, every two weeks a flat will experience spring tides, and on the alternating weeks will experience neap tides.

Because of interactions between land masses and the angle of the moon and sun, tidal range differs among locations. But even if the tidal range is small, bonefish are strongly keyed in to the tides. Water depth in portions of the Caribbean, for example, may change only a few inches during a neap tide, but bonefish will react to these tides in a similar fashion to bonefish in locations with a 2 foot tidal range.

Third, wind can also have a dramatic effect on tides. Strong, onshore winds, for example, can make high tides higher than predicted and in extreme conditions can even prevent low tides from occurring – in effect creating a ghost tide. Offshore winds will have the opposite effect –both high and low tides will be lower than predicted. And when wind and tide are moving in the same direction, the currents can be especially strong. Often, the stronger currents from combined tide and wind attract bonefish to the edges of flats where the current dislodges prey.

Strong winds often don’t prevent a tide from occurring, but instead delay the onset of the ebb or flood. A strong onshore wind may lengthen the duration of high slack tide, but eventually the force of the ebbing tide is too much and the water level drops quickly in the short amount of time remaining in the ebb. But if the wind is very strong from one direction for many days or weeks, the average water level may become higher (with an onshore wind) or lower (offshore wind) than normal, with high and low tide fluctuating around this average water level. For this to happen, however, there usually has to be some type of large land mass to allow the water to pile up or drain.

So, where do you look for bonefish during strong offshore winds that empty the flats? Focus your efforts on the edges of flats, deeper holes and troughs between flats, deeper grass beds and sand basins. Even the deeper water on the back sides of fringing coral reefs may provide good shots at feeding bonefish during these conditions.

In contrast, when a strong onshore wind or approaching strong low pressure creates higher than expected tides, bonefish may extend their time feeding on the flats. This is because the extra water gives bonefish a wider selection of locations and, potentially, a longer time to forage. Adjust your search strategy by venturing farther up onto the flat.

How Bonefish Use Tides 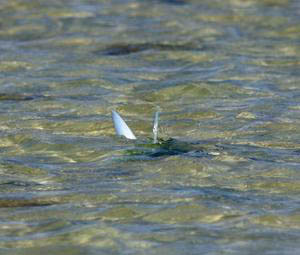 Bonefish are experts at using the tides to their advantage, which allows them to maximize their benefits in the tradeoff between feeding and avoiding predators. I guess you’d expect this from bonefish – they’ve been perfecting this for millions of years. Like many predators, bonefish try to get away with as little travel as possible in their search for a meal. There is no reason for them to expend energy swimming long distances if there is no need. This is why when bonefish retreat from a flat during low tide, they often do not stray far.

At low tide, or the earliest stages of flood tide, you can often find a bonefish or two feeding slowly along a shallow edge of a flat. But these fish can be tough to catch because they are often skittish in the skinny water. And these early fish are often not feeding aggressively because the tide has not yet begun to move. In contrast, after the tide has been flooding for a while, you’re likely to find more and larger fish on the flat. These fish should be more comfortable in the deeper water, and with the tide moving more strongly, they should be feeding more aggressively.

Bonefish will often follow traditional routes onto and off the flats. Many of these access routes are nothing more than small troughs that cross a flat. (These access routes are different than the deeper, more obvious channels adjacent to flats that often hold bonefish at low tide.) My favorite bonefish avenues are the troughs that are only a few inches deeper than the surrounding flat, and lead from deeper edges to the flat’s interior. Often, these access channels are hard to discern when the flat is covered in water, so if I am able, I’ll visit a flat on a late dropping tide, and make a note of where the fingers of water are draining the mostly-dry flat. These troughs are also the first to fill on the rising tide, and are usually where bonefish make their first appearance. And with experience on a flat, you’ll be able to figure out which of these troughs are the traditional (most used) access routes. Of course it’s not always that simple – the routes might vary depending on the tide height and the strength of the current, such as the differences you might find between spring and neap tides, or on windy vs calm days.

When spring high tides flood the shallows, bonefish are quick to take advantage of the higher water to forage in areas they normally can’t access. The access to shallow habitats coupled with the limited time they can remain there can result in bonefish grouping along the edges of flats in anticipation of the incoming tide. Early in the rising tide and late in the outgoing tide, find the bonefish travel avenues and you should have brief but intense periods of casting to cruising fish.

I think that much of the bonefish feeding during spring tides is concentrated from the mid-rising through early falling tide. Bonefish often feed so actively near high tide that they may actually rest, or feed leisurely, as they move off the flat and wait for the another feeding opportunity during the next incoming tide.

During low tide, bonefish often rest in flat-side channels waiting for the next flooding tide. From their perspective, why expend energy unnecessarily? In the hour or so on either side of the low tide, stalk the edges of flats, searching for bonefish laid up, or cruising slowly in slightly deeper water. I’ve even landed some bonefish blind casting into these channels that are just a bit too deep to sight fish. 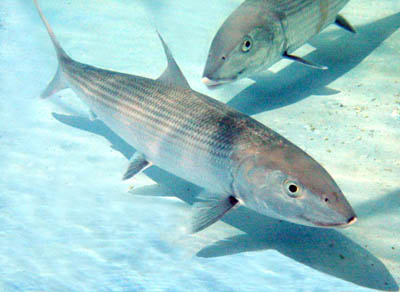 During neap tides, the skinny water where you found tailing fish at high tide just the week before might not be deep enough to hold fish. The shallow mangrove flats that attracted so many fish into their shadows may still hold water, but are probably empty of bonefish. Even areas that seem to have enough water may lack bonefish, because they are too far to travel from deep water for bonefish comfort during neap tides. This means you need to change where you search for bonefish.

Bonefish will still move from the edges of flats onto a flat as the tide rises, but won’t venture as far onto the flat, and there will be fewer large groups of fish along the edges of the flat. And perhaps because bonefish aren’t traveling so far to get to those shallows accessible only during spring tides, they are more likely to feed throughout the tidal cycle during neap tides. Edges of flats are good places to search for cruising bonefish during weak neap tides. And bonefish may be actively feeding in deeper areas, such as over grass beds, along channel edges, and in depressions and troughs between flats, providing fishing opportunities throughout the tidal cycle.

Coupled with the extreme tides are the full and new moons. During full moon spring tides, bonefish sometimes venture into the shallows at night to feed. Conventional wisdom is that when bonefish feed at night they feed less aggressively during the day. One way to combat this potential problem is to fish at dawn and dusk, when night-time feeding bonefish may be ending or beginning their feeding.

During warm times of year, when water in the shallows warms above the bonefish comfort level, tidal currents carry cooler water from adjacent deeper areas onto the flats with the rising tide. As the tide rises, the cooler water flows first along the edge, and if the incoming tide is strong enough, the cooler water will also flood the flat. Under these conditions, bonefish will initially remain along the edge of the flat, moving onto the flat only with the cool water of the rising tide. In other words, it may take a little longer for bonefish to move onto the flat during warm weather. In contrast, during cold seasons, sunny days may warm the water in the shallows, or water flooding onto a flat may absorb the warmth of the sun-baked bottom, bringing bonefish into the shallows as the water temperature rises.

Join the Bonefish & Tarpon Trust and stay flats ready at all times . . .