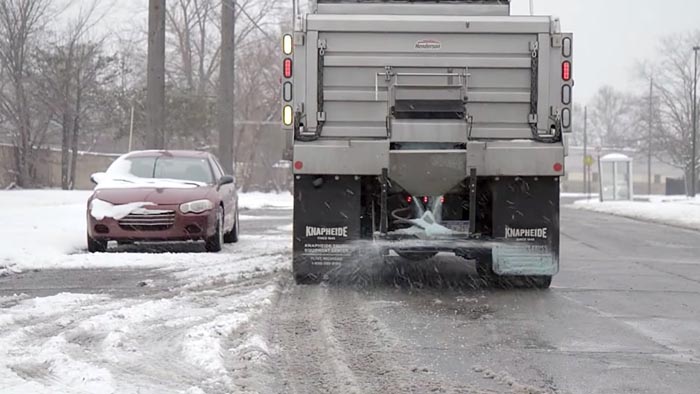 Doctors say too much salt is bad for your health – it can kill you, and road salt can kill aquatic macro-invertebrates and fish.

[dropcap]H[/dropcap]ow exactly does road salt work – and how did we get to using up to 20 million tons of it every year? Road Salt: A Brief History:

Road salt was first used in New Hampshire in 1941 – and its use quickly snowballed. As automobile accidents decreased in New Hampshire, other snow-covered states took notice and began using road salt. In the 1950s, the U.S. highway system began a rapid expansion, and the increased mileage of roadways required even more road salt.

It wasn’t until the 1970s that Americans began to realize the harmful effects of road salt on nearby lands and waters. Cities began to be more mindful of salt usage, but ultimately we were hooked and there was no easy alternative. Over the past two decades, some cities have looked into using salt alternatives, but other de-icers have failed to gain traction due to cost concerns.

Today, we use 10 to 20 million tons of road salt every year, depending on the length and severity of winter weather. The majority of the road salt we use comes from salt mines across the country (the same salt that is ground up for use on your dinner table). It is difficult to know when these salt supplies will run out, but it is certainly much cheaper to use domestic salt – on both our roads and our tables – than to import it from other major salt producers such as China.

We all know that fast food and convenience munchies are often laden with salt. But did you know that we use more than 10 times the amount of salt on our roads than is used in all American food processing each year? Doctors have become increasingly concerned that as road salt infiltrates our drinking water supplies, it can cause problems for people with high blood pressure because water treatment plants cannot remove all the extra sodium.

Road salt can hurt your wallet too. Rust damage due to road salt can shorten the life of your car (and drop the resale value). Road salt and its application cost the U.S. some $2.3 billion a year – much of that paid through your tax dollars! One study in Ohio found that the state uses 176 pounds of road salt per person each year.” — Scott Maxham

Rainbows, browns, and brook trouts, and aquatic life are the “collateral damage” of excessive road salting – they are not very saltwater tolerant. Illustrations provided courtesy of renowned watercolorist Thom Glace.