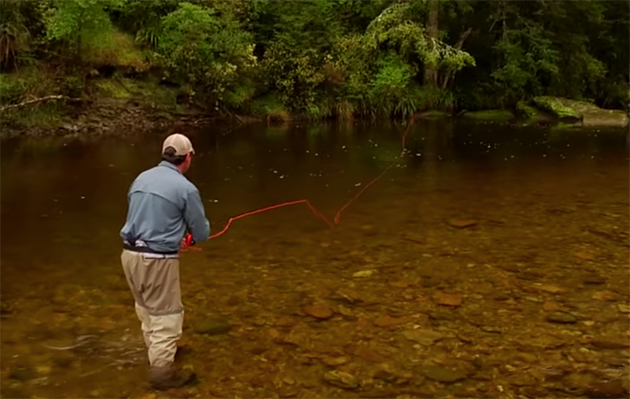 Roll cast… when you can.

The roll cast is the foundation of all casting and is easily mastered. It opens up how to fly cast the more difficult single hand double haul cast and all other casts

By Skip Clement with video by Bumcast

[dropcap]O[/dropcap]n a scale of 1 to 10, your fly casting capabilities are either the guardian of all fish angled for or their nemesis.

New developments in fly lines, leader types, and tips have not only broadened the performance of fly rods but have also opportuned putting novice or average fly fishers into the advanced category sooner than later.

Start by leaving the overhead/overhand casts at home and go directly to the advanced class. Think roll casting, the origin of all fly casting techniques. It’s much simpler, it’s intuitive and teaches the absolute essence of a fly cast, loading the fly rod with the fly line – the reality of feeling the whole performance of the fly cast.

Why the roll cast?

It’s more comfortable, more productive, and during any outing capable of doubling your fly in the water time as opposed to preparing to cast with the fly not being in the water.

Think of your roll cast applying in still waters like ponds, canals, impoundments and lakes; coldwater riverine habitats, walk-in, wading or personal watercraft, and flats fly fishing – either wading or from the deck of a skiff.

A roll cast is also total defense against any restriction behind you like trees, a canyon wall of rock, bushes… etc.

So, how can I learn to roll cast right now, be an efficient pescados predator and better enjoy the fly fishing experience?

Well, the answer is, of course, practice, but this video by Bumcast does more than any other to get you out of fly casting 101 class and into the possibility of being a worthy fly casting practitioner in the field.